The latest devjam from Freejam reveals the destination of all Robocraft game modes. 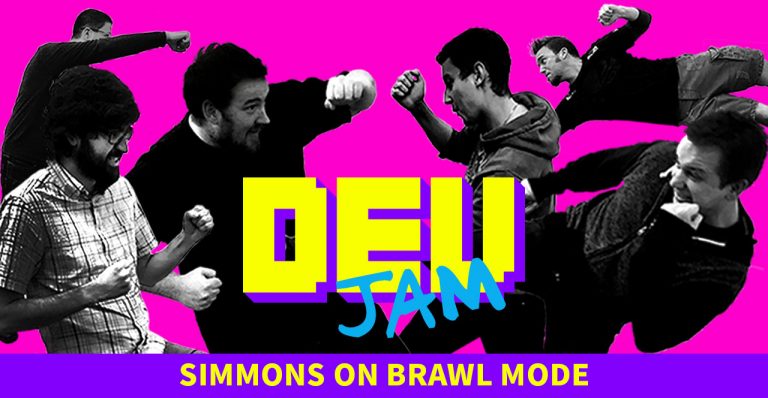 As discussed in Dev Jam #1, we’ve been making a series of changes to Robocraft that are designed to allow us to improve the matchmaking so that we can match-make Parties effectively and move towards matchmaking by ELO as most other Arena games do.

We introduced the ‘CPU to Energy’ mechanic in ‘Fast and Formidable’ and were able to improve the matchmaking by ensuring that teams of randoms no longer have to fight whole teams of players in Parties. Now we want to introduce some more changes that we need to make in preparation for ELO matchmaking which will then follow with competitive Seasonal Clan Leagues.

Our final aim for game modes is to have 4 options that will provide maximum flexibility and variety whilst ensuring best possible matchmaking. This next update is one step towards this as The Pit and Elimination will be moved into a new game mode called Brawl!. The final game mode options we’re aiming for are as follows:

This week’s update will introduce this new game mode called BRAWL. In BRAWL you will get new mechanics, new maps, and crazy ways to play Robocraft that require you to build custom Robots to win on a regular basis. 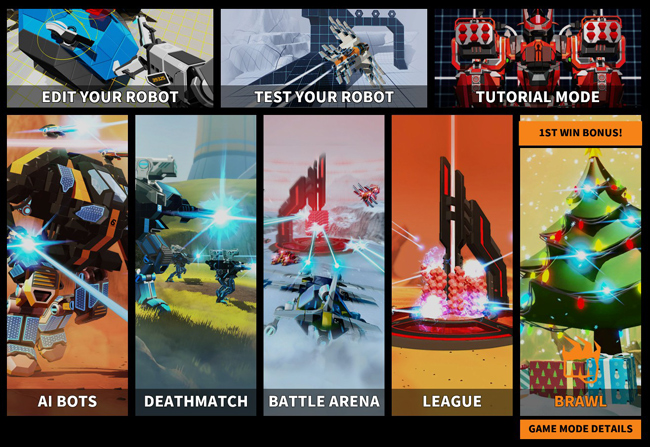 This provides almost unlimited fun and variety that we can introduce regularly. Starting next year, we’ll be happy to take suggestions from the community for ideas for BRAWL and will implement them as long as they can be done within a reasonable amount of effort. 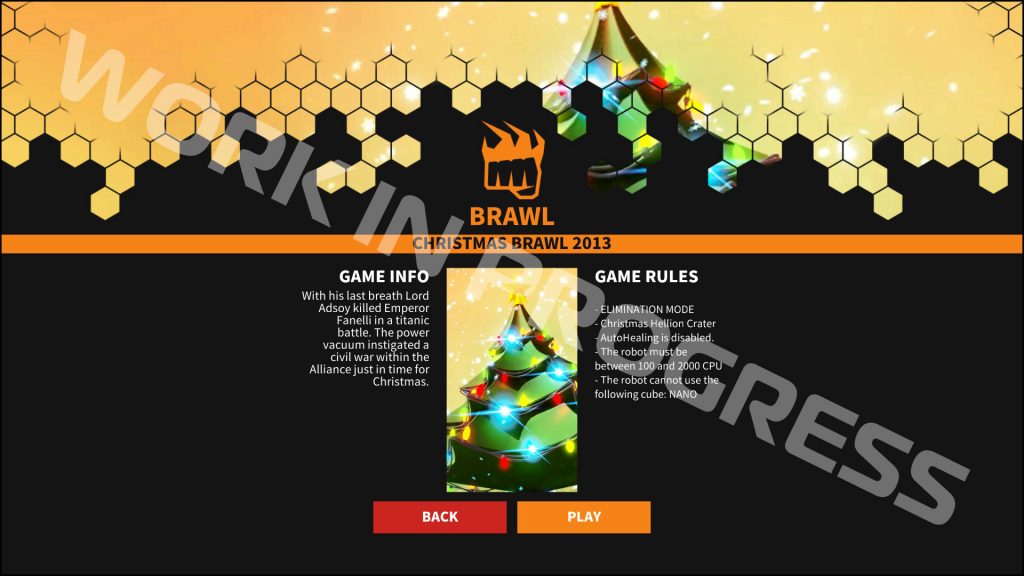 A new BRAWL Details screen will show the details of each new BRAWL when it’s live in-game. The details of our first ever BRAWL will be revealed in the patch notes coming this week.