We finish our work with US map – few improvements are coming but main work is done!

Three months we have worked with map of US and finally we get what we want!
In order to complete your secret mission (cannot tell you right now…) you need to travel across the eastern part of the US. We wanted you to explore whole North America, but sorry, no tickets (that time railroad was only in the East.) 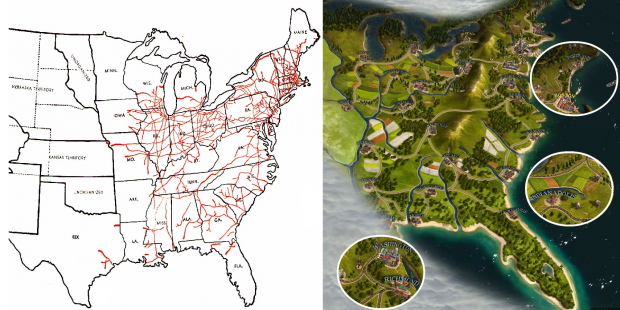 That is why not all big cities are connected by rails. Some cities in the middle of 19th century were so small, so we were not sure if we need to show them or not. We were surprised, that Atlanta had a population 20 time less than Charleston. After some hot debates we added Atlanta, no looking that it was almost just a village! 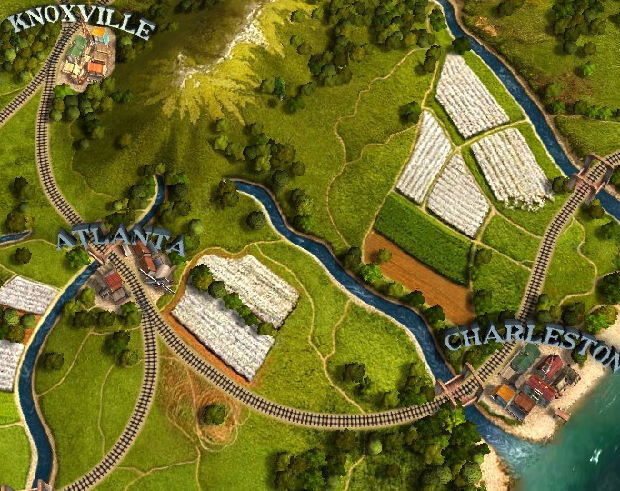 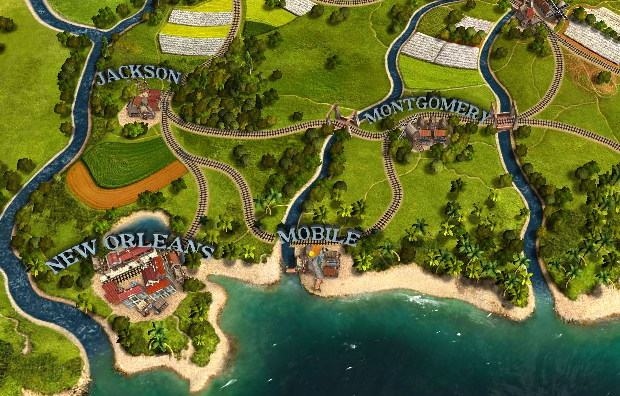 The biggest problem we had with ocean waves. After few weeks of experiments we decided to do 2 kinds of waves - coastal waves and ocean waves. Maybe they are not perfect and, but anyway our game is not about waves...

Kinda like Gettysburg,, Still can't lay my hands on the demo.

Hi, just interesting, what exactly Gettysburg game do you mean?