The week, we show off the new weapons, new sounds, grenades, environments work in progress, enemy looting, and little more of inventory system. Welcome to the world of Bounty.

The week, we show off the new weapons, new sounds, grenades, environments work in progress, enemy looting, and little more of inventory system. Welcome to the world of Bounty. 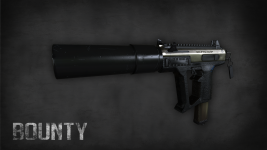 There are two new secondary weapons that exist in the game now. The first is a machine pistols that is great for up close action. It has a fast fire rate that will dominate enemies up close. All thought it will rip through enemies near you, you will have a hard time with this weapon at further ranges. It has a lot of recoil and is hard to control at a distance. 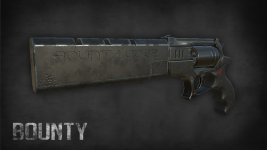 The second weapon is a Revolver that is sure to please many. It really powerful and very satisfying to use on an enemy. It can be a one hit kill on lower enemies if its a head shot and two shot kill to the body. All the fire rate is not great, it makes up for it in shear power. 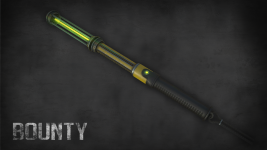 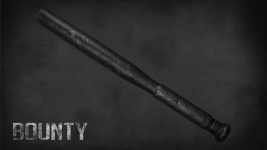 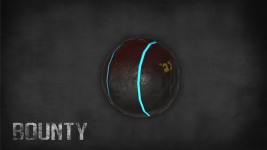 We also worked on enemy looting this week. When an enemy is killed, they will spawn loot items for the character to grab and sell at a vendor or transmute on the fly. We don't really have many items in the game for right now so for now its just boxes will random items in them.

Lastly we worked on the environments for the game. We are in search for a concept artist and an environmental artist but for now, we have started working on some small assets that will allow players to get a small feel for what we want the game to be like.

If you are a concept artist and environmental artist, please contact us as we are looking to add people to the team to make the game look and feel much better.

Thanks for coming to Bounty Update 5 and see you on the next one.