Firstly, we would like to say sorry for not updating regularly as we normally do. We were working on the game the whole time but things were not going our way in the world of development. We will try to keep the updates more regular from now on and keeping you guys updated on the game. Now with that being said, You like characters? Well we have characters. We also have weapons, animations and props too but we have characters. We have completed our roster of playable characters and we hope that you like them. Hey, welcome back to the world of Bounty. 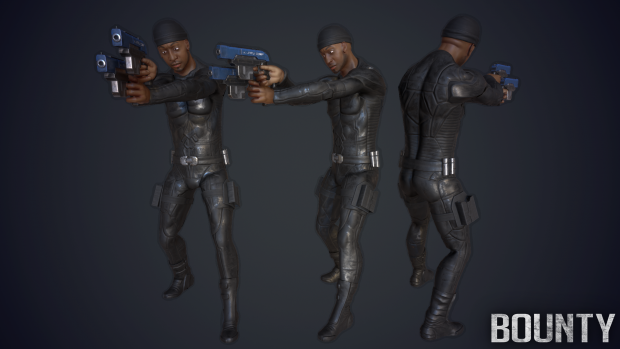 First up, we have Kenn. Kenn is a character with a playful mindset someone who doesn’t take much things seriously, he wants to save lives and have fun while doing it even if it cost him his own life. He comes from a luxurious background and is not afraid to let anyone know about it.. There are some things that he doesn’t want the world to know about though and he struggles to keep the world from finding out. 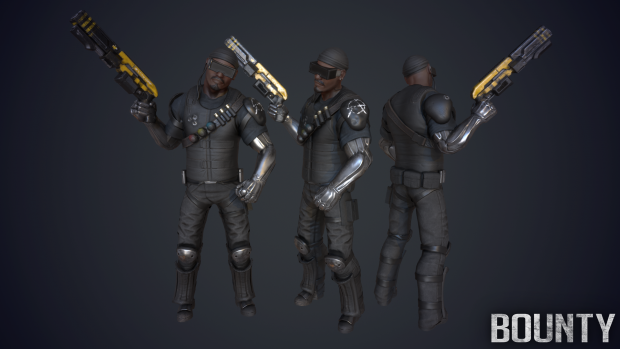 Next up, There is Lance. Lance was a veteran of the old government . Although he does not agree with new government, he can't shake his military background. He serves as the captain or lead of the misfit group of bounty hunters. Although he has his demons that he has to face from his past, he does his best to use his own sense of justice when taking on bounty and handling his team. 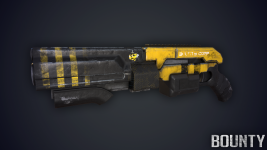 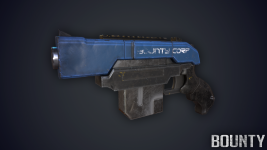 We have two news weapons for the game, we have a shotgun and a pistol. They both are made to have a similar design as they both are made by the same company. Both are deadly in their own right and will prove to enemy that death is right around the corner.

We also have new models for the locker and the Teleporter. They are being textured and put in the game now. They will be shown in their respective places in the next update. Check out the video to see WIP versions of both

That’s about it. I know that this has been a long time coming and we plan to have more for you guys to see in the upcoming weeks. We hope that you stick around and enjoy the updates. Thanks.