Several adjustments in the script of boss, and even animations to another model

I'm still doing a detailed debugging script that controls the behavior of the bosses of the game because it has a lot to adjust yet.

To be honest, the control script of the chiefs still have a lot to be done. The basic control process events, such as for example the boss be frozen (for a special attack or by ice Tower) still generated a series of bad events and processes that needed more refined treatment based on the State of the GameObject. 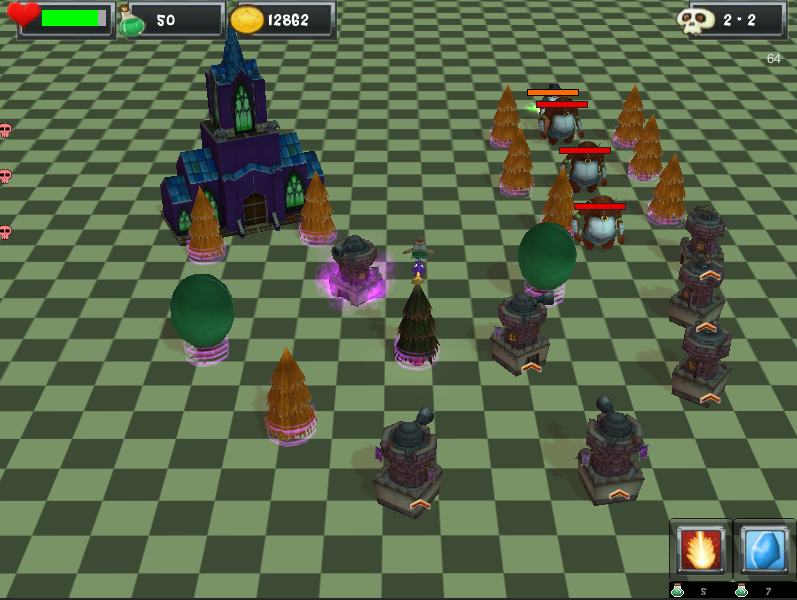 The Zatora is the first boss of the game for testing purposes and standardization of the behavior and reactions of the heads, but I've started working on the set of animations for the RainhaGelada, with her I'll start working on specific behavior patterns (e.g. have the weakness to fire attacks and not be affected by attacks of ice Tower).

The cycle of behavior already complete and allows more specific adjustments to be made from the kind of boss being managed by the script.

After this step, I'm going to work hard on defining effects (particles/sound) to the generated objects