The focus this week was adjustments in the Boss system.

The first version of the boss system that I made for the game was very early in the development of game engine and several utility functions as well as several different ways (and more organized) to perform actions in the game were not properly updated on prefab.

In fact, the version I have now is still far from being what I have planned. The boss system account only with one of the various behavior patterns that planned for the game.The script has been improved still treats basically walk-cycle > summon enemies-> stand-> floor-> summon enemies... 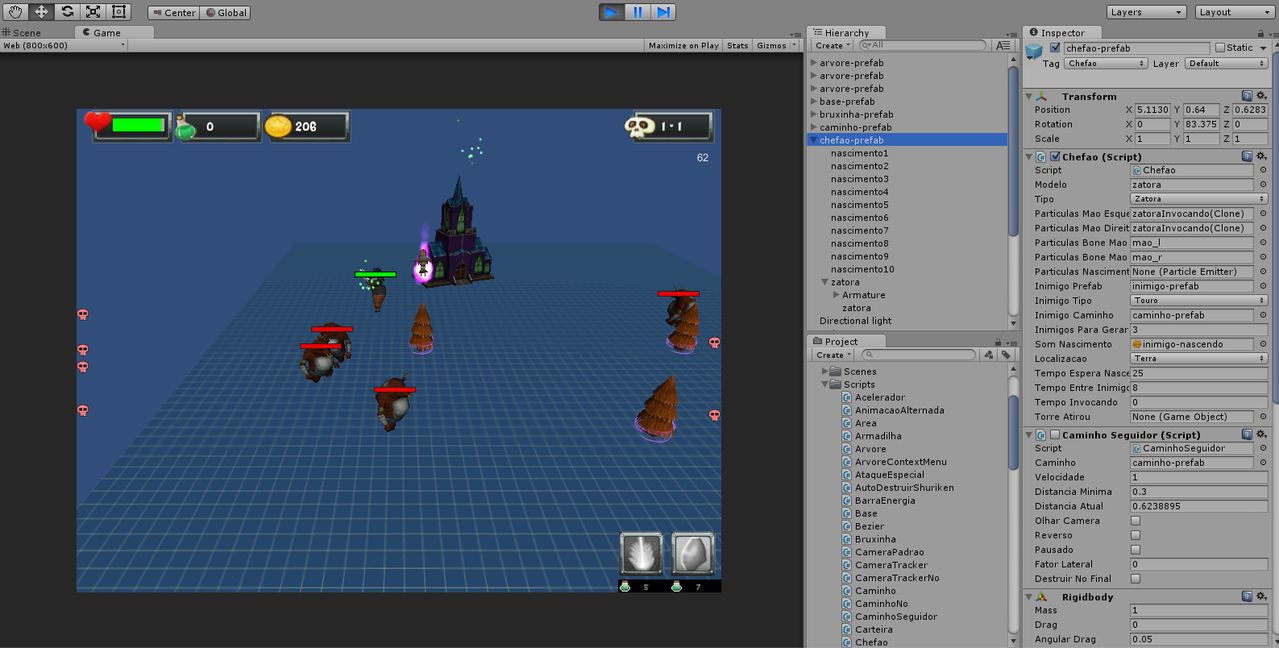 The main problem with this script is that for each type of boss there will be a default behavior to be followed and each piece of code should be written so as not to generate impact in what was working for the previous type. 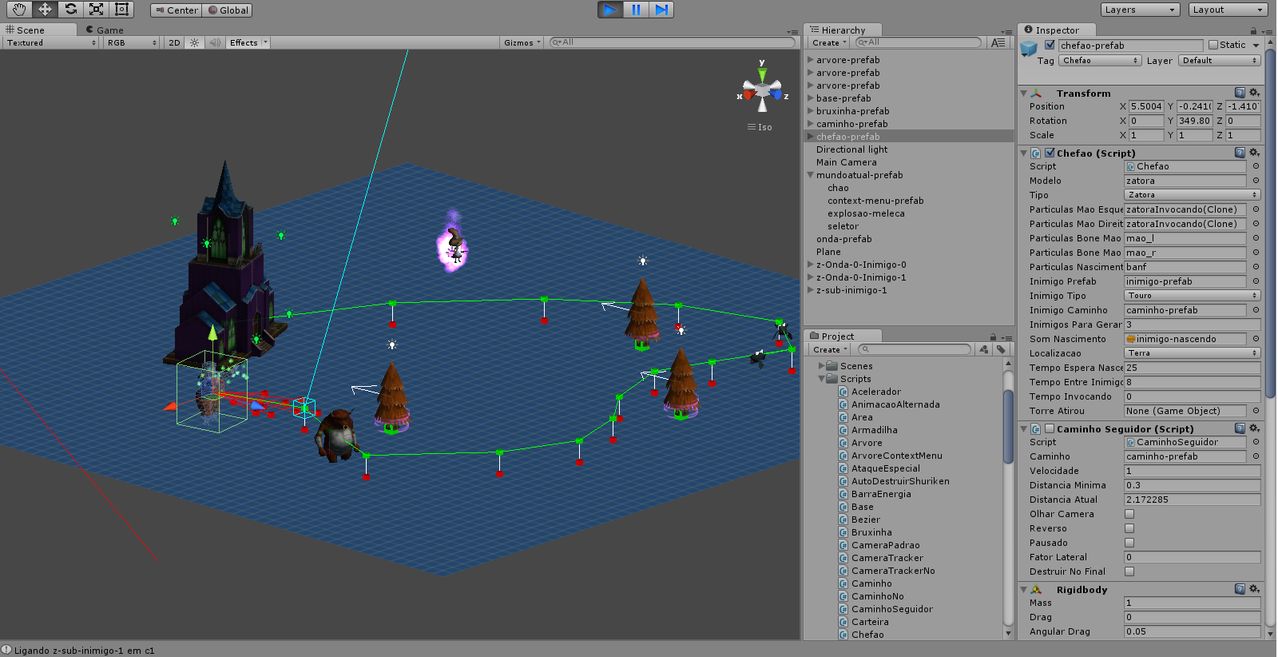 The next stage to be put into practice are complex behaviors that affect the towers, such as the ice witch will have the ability to freeze the towers, the mustachioed already will be able to make nearby enemies to him invisible.As you may notice, the behaviors really are peculiar to each type of boss that the game will be and that requires a tremendous dedication because each code must be written and tested extensively to ensure that the behavior is as planned. 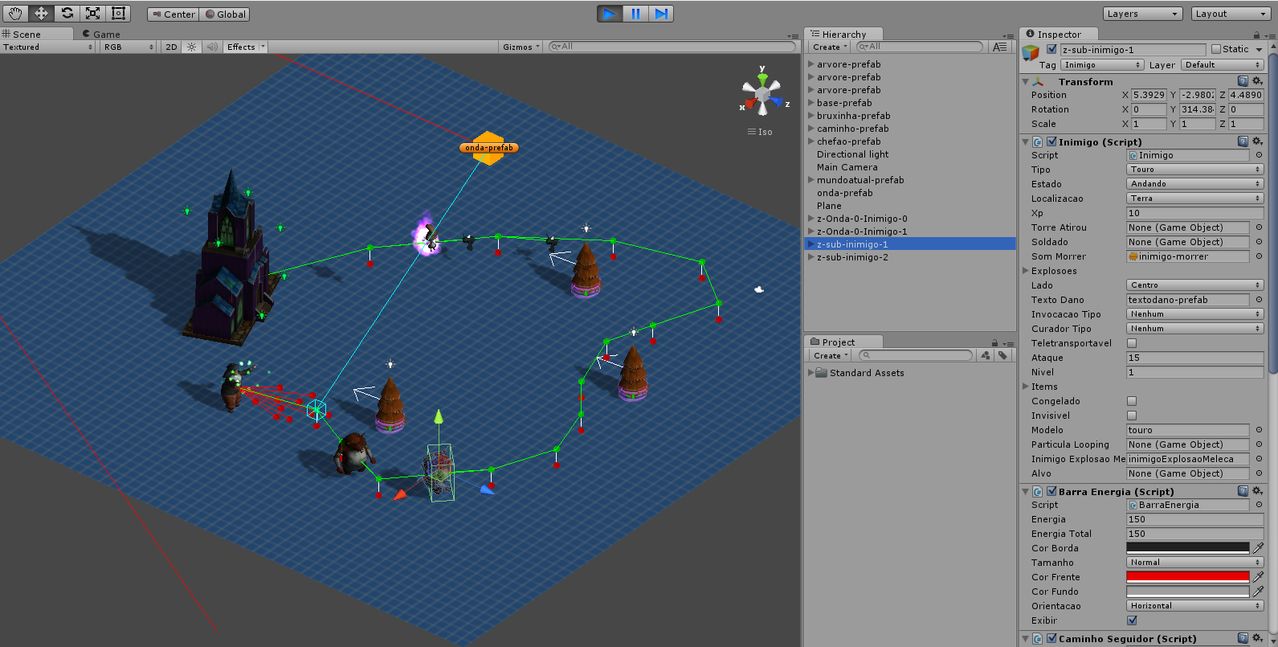 One of the aspects to go back and review what was done is that you realize how your improved code and especially how many features have been implemented to generalize several behaviors and actions within the game (and that gives a great assurance that things are going as planned and that the path taken is the right one).

I still have a lot of work ahead of you before you even think about putting a new head to run tests, since getting the initial version to do all the animation in Blender. 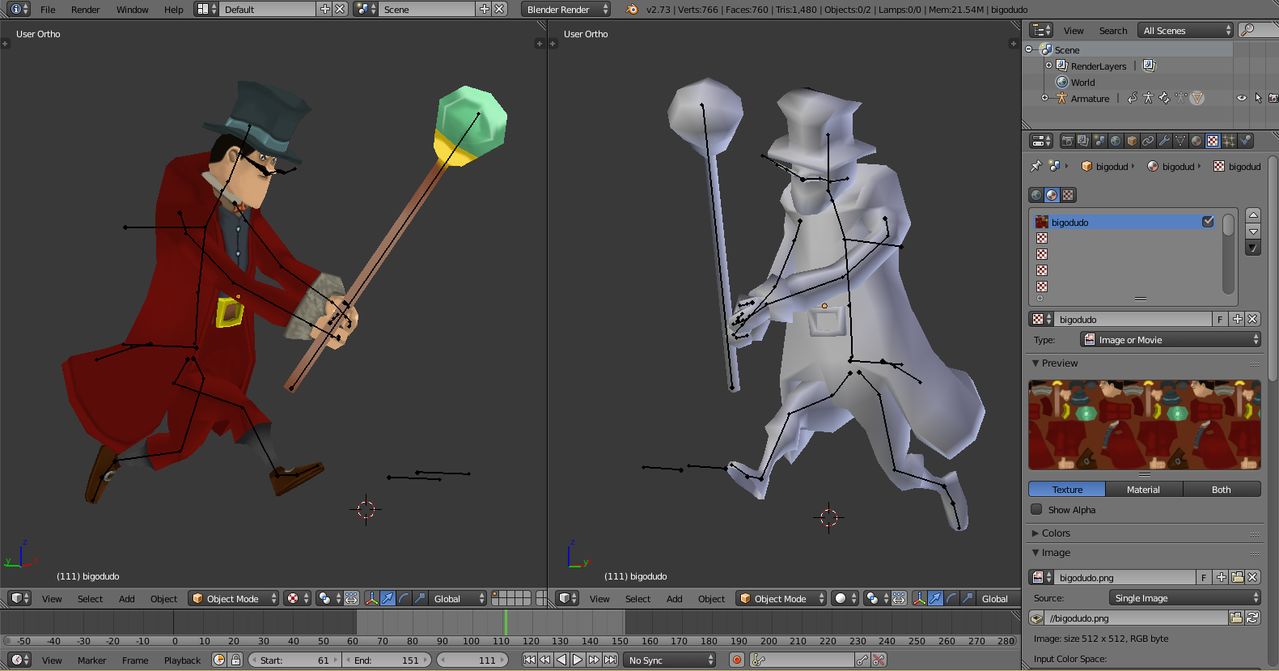 But with time and planning, things are taking shape and soon I must have a new bosschie working with expected behavior.