In which a clue-page is removed; in place of the clue-page, books are made convenient; some collectibles are moved, one behind an interaction; a collectible's default orientation is changed; additional responses are given for carriable chests; lore-art is made; a new lore-entry is drafted; puzzle-entries are written; and some demo preparations are begun.

This week's screenshot shows a new page-image, drawn for the lore-entry that accompanies the musical instrument found in level two:

The week just past was a varied one, with work in level-design, visual-art, and writing all:

On the level-design side, perhaps the biggest change of the week just past was to the means of keeping the player informed during the lower puzzle of level five.

Previously, this was handled via a clue-sheet that would record bits of information that the player had encountered.

But in the week just past it occurred to me that this approach somewhat gave things away: as the clue-sheet would automatically and conveniently record the references mentioned in a given book, the player needn't pay attention to the books themselves to find those references. Thus, I removed the clue-sheet.

Conversely, however, I wanted players to nevertheless have easy access to information that they'd already discovered. To this end, when a book is found it's now moved to lie on the central table, positioned behind its initial location; from here the player can revisit as desired.

This does incur a new simplification of the puzzle: since the books are removed from the shelves, clicking on such a shelf no longer produces a view of a book. Thus one can easily find new books by just clicking through the shelves. Ah well! 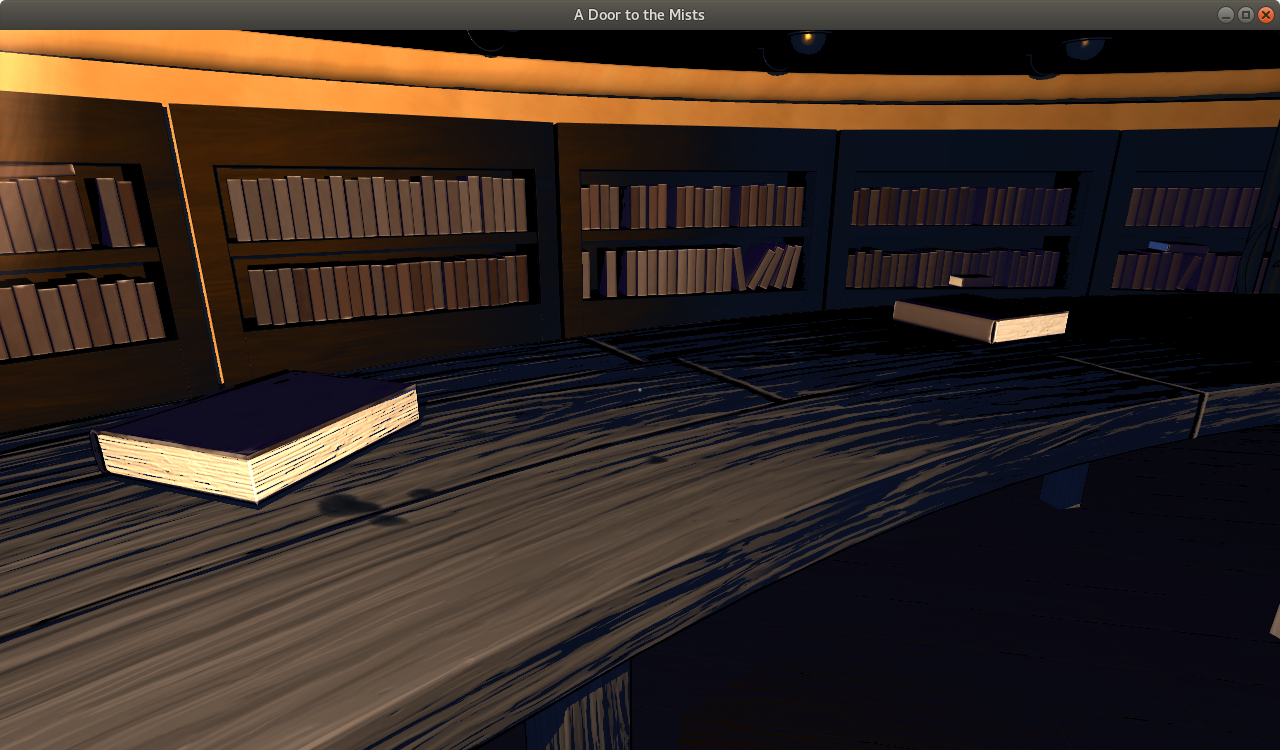 In the week just past I saw it asserted that it's a good idea to place collectibles such that they're interesting to attain. And indeed, this made sense to me.

As a result, I went over the various collectibles available in the game. I was fairly happy with most, I think: some are easy to find, but reasonably so, I feel, while others are placed behind interactions or in out-of-the-way spots.

For the latter I didn't manage to come up with much--I've simply moved it to a less central location, meaning that at least a little exploration is called for in finding it.

The former, however, I've placed perhaps a little more interestingly: instead of lying in the open, on a table, it's now found in a container--one that might stand out by virtue of being semi-intact and closed--behind a minor interaction.

And while I was at it, I decided to change the default orientation of that coin; I think that it now looks a little better when first collected. 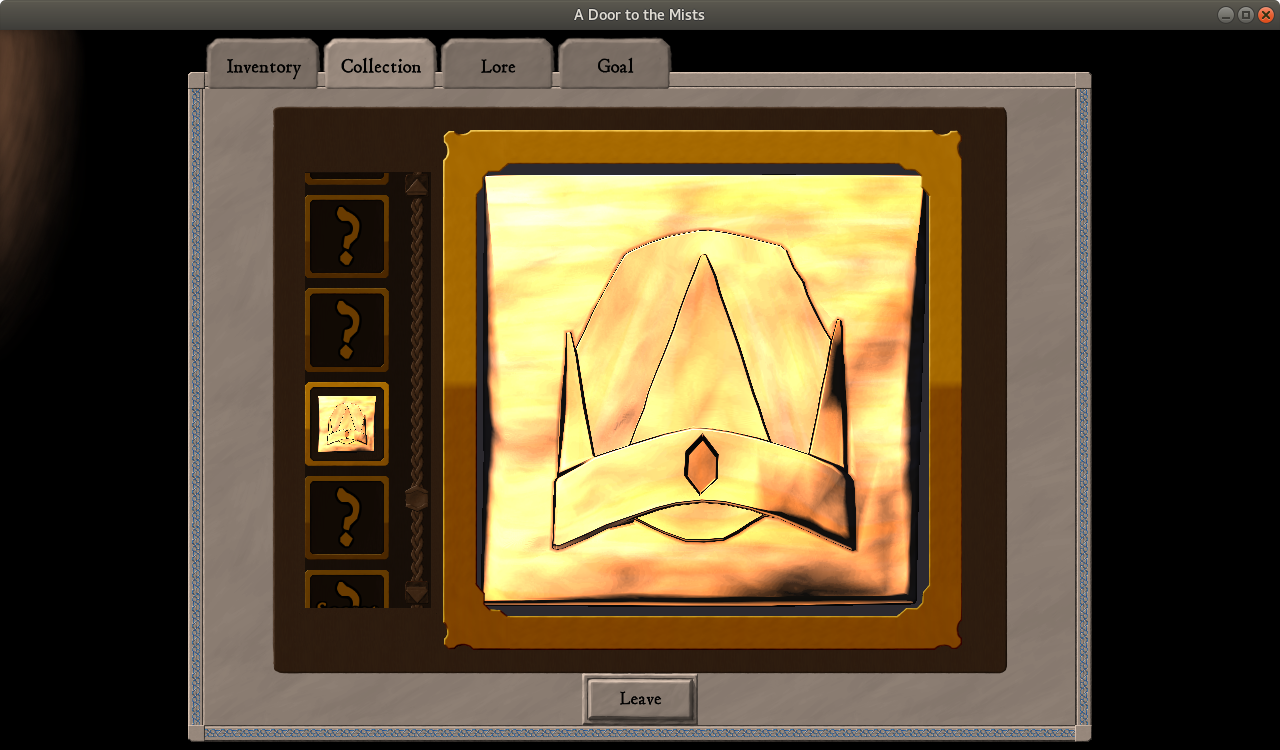 And as a final bit of level-design work, I added some new responses to player-actions involving the carriable chests found in level one. Now, should the player examine them, the character will remark that they're unpickable, and suggest their use as a stepping-stones. Furthermore, the character will likewise respond to attempts to use a few items on them, including the lockpicks.

On the visual-art side, I worked on a variety of elements in the week just past.

Perhaps most saliently, I completed the artwork for the lore-entry that accompanies the musical instrument found in level two. To start with, I finished the icon for it, which I believe that I'd begun in the week before. And furthermore, and as shown in the main screenshot above, I drew the page-image to accompany the entry itself.

Speaking of lore-entries, and moving into writing-work, I wrote a draft of a new entry in the week just past. This one concerns the reason for which Tenereth-below came to be sealed away and its successor built atop it. I'm not yet sure of whether the current draft is final; and neither icon nor page-image has yet been made.

I also wrote drafts of all of the texts involved in the lower-puzzle of level five. These are each short excerpts from books, touching on various topics, with more or less relevance to our protagonist's search.

With the new demo hopefully nighing, I've also begun some work towards its release: I've started painting a new game-tile for use on sites like itch; I've taken new screenshots; I've re-made various gifs; and more besides.

And finally, a variety of minor changes and fixes were made in the week just past that don't seem worth detailing here!

To close up, let me leave you with a gif that likely won't be included on game-pages, but that I nevertheless like: