This week's unit update brings the M88 Hercules ARV and the M2 Bradley IFV. Additionally, we've edited together a unit creation video for the Patriot Missile system from last week. Do take a look.

This week for the unit update, we have the M88 Hercules ARV and the M2 Bradley IFV.

The deployment animation for the M88 turned out well, the rigging was pretty annoying to do though. 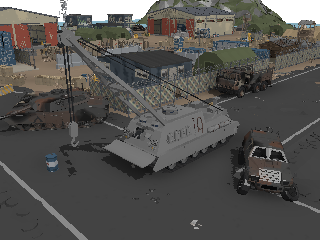 The M88 Hercules will be able to repair vehicles on the battlefield, transform modular vehicles, like the Stryker, as well as other abilities. It will be available in version 0.02, but without the functionality as those features have yet to be added in the game. So it's just an expensive target in the meantime, albeit a heavily armored one. 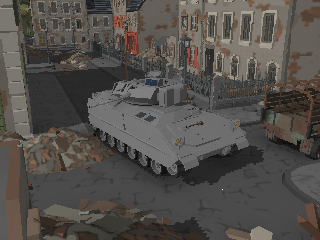 The M2 Bradley IFV will be able to transport troops and pack a decent punch on the battlefield. Its less maneuverable, carries less troops, isn't as versatile but more heavily armored than the Stryker APC (which is technically an IFV as well, the APC version has no turret IRL). It will be available in version 0.02, but without the TOW missile functionality. Technically, I could just attach a two-round, hard-hitting 'gun' with a long reload time to this unit and have it approximate a TOW missile, but I feel that is unnecessary at the moment. It'll be fully functional in two versions. The current game is merely functional, and not playable.

Additionally, here's an asset creation vid for the Patriot Missile system. I will be making these vids from the contents of the Streams in future.

Last but not least, here are the renders for both units. These renders will be used in the UI in future.

See you next week. The release of 0.02 approaches.