This week's feature update. We've restored minimap functionality, added a new game mode and some other minor fixes and tweaks. 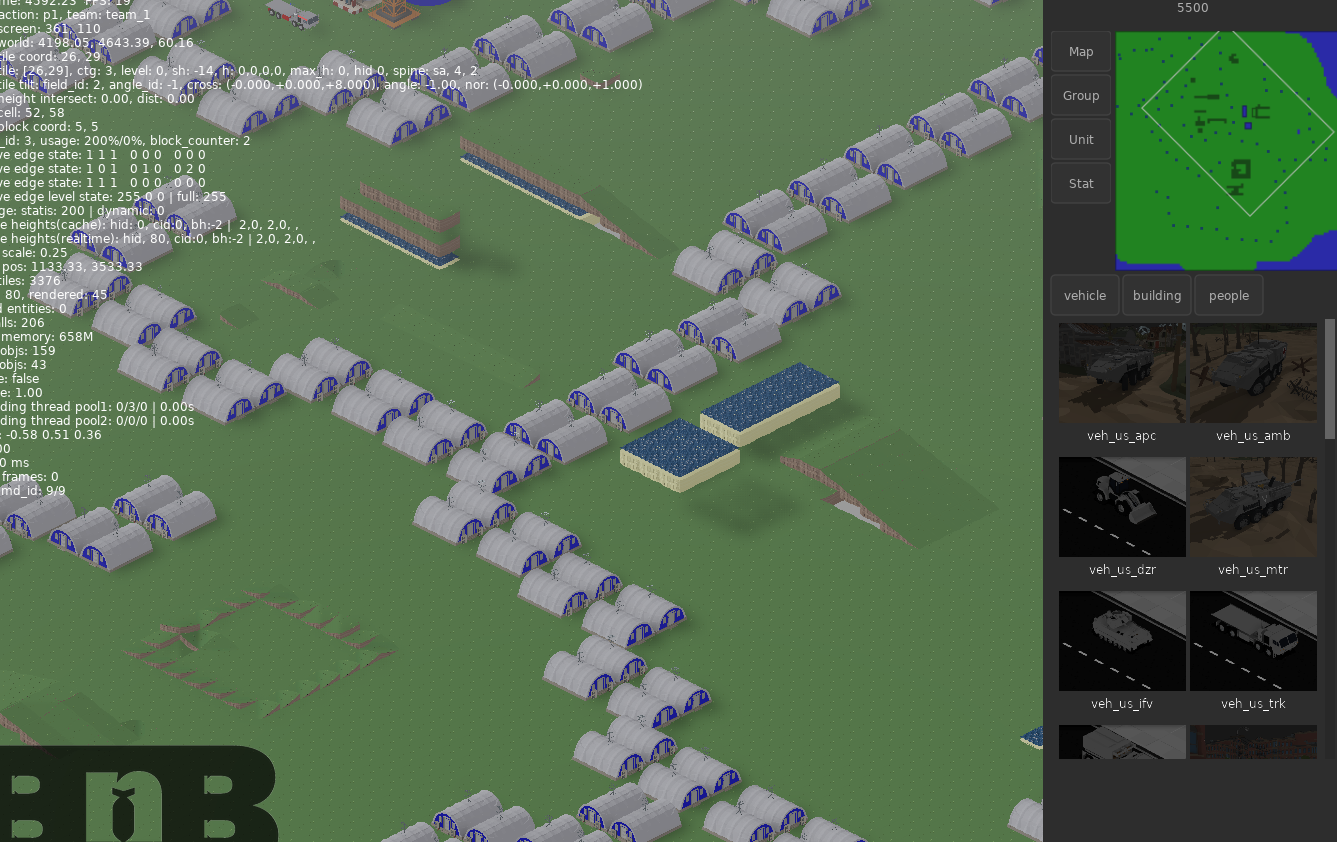 + Swarm mode now has settings, where you can set unit spawn frequency, type and when they begin to spawn (gif)

- Turns the game into a tower defense game, but oh well

- Due to the way we treat sea tiles, everything, including buildings, are amphibious. The sea is basically 3 feet deep.

- It's hilarious and I'm not going to fix it until after version 0.02

- Some pathing issues still need to be addressed

- This new game mode is more or less compensation for not being able to restore multiplayer by version 0.02.

+ Here is the current music playlist for anyone that wants a listen: