The Blue Rose beta is now available! Lena is a Templar of the Blue Rose, living her life to fight and protect what is most important. But what is truly important to her is only just about to reveal itself. Pulled away from the frontlines of the war, Lena finds herself trapped in a secluded, unknown village in the mountains. For the first time she will make her own decisions – and face the consequences.

- What exactly is the beta version?

The beta version of Blue Rose is effectively the entire, full game of Blue Rose. It contains the full story, artwork and music that is expected to be in the final version, along with the unlockable short stories for those who complete the five routes in the game, though they won’t be accessible until the first update. It will be available at a cheaper price than the final release. 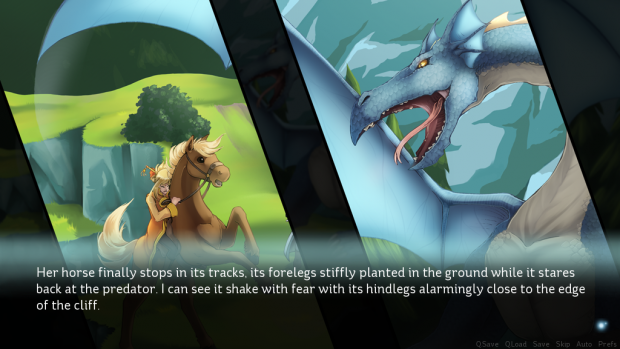 Some of the polish is missing, as well as proper testing by a larger crowd. Not all menus are fully costumized, so users of Ren’Py will recognise some standard configurations here and there. Some things, like the Gallery, will not be available right away either. 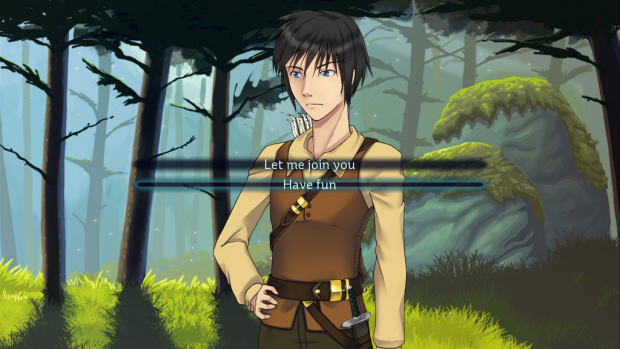 - So why release now?

Because I want all of you to get the chance to get in early, and help test it out! Does it work on your computer? Do you have suggestions or corrections to the text? Then throw all of your comments my way! Even the slightest comments that might seem insignificant are welcome. Post them to me here on the blog, or send me a mail: ltb@the-white-cat.com !