This weeks blog we have the Allied Purchase Terminals, Soviet Tesla Reactor and the Allied GI's FN Minimi Para.

"TheBeerinator has been working on the Allied Purchase Terminals
recently. Allied players can expect to see these dotted around inside
the base structures. The further you go into a structure, the bigger
the pt gets. So the smaller pt's will be used by doors and entrances,
whilst the medium and large pt's will feature as you venture further
into the building.

To stop battle refilling, only the medium and
large pt's have trickle refill cupboards (which open and close as you
walk up to the pt). To add to the no refilling in battle rule, if an
enemy player enters the building you are camping, the refill cupboards
will automatically lock, as if to protect the supplies inside. This
should give the attackers more of an advantage against the defenders;
which should hopefully encourage more infantry combat inside structures.

Take a look at the Pt's below." 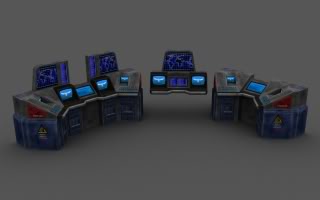 "One_Winged_Angel handed the files for the Tesla Reactor over to dtrngd and he has finalised the shape of the exterior. We have something a bit special planned for the interior, just like the rest of the buildings. However you'll find out what it is in weeks to come.

Take a look at this below." 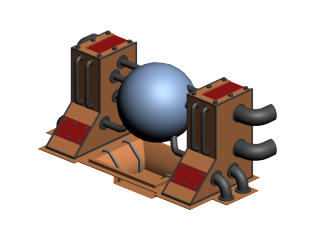 Re-Render of the GI's Heavy Weapon

The renders that were shown of the Allied GI's FN Minimi Para just
didn't do the model justice, so One_Winged_Angel took the model and re-rendered it in
glorious light-traced awesomeness.

Credit to Guy with a wrench for the model." 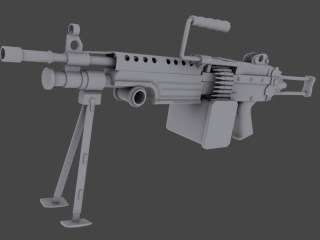 will the gi machine gun be as good against tanks as it was in red alert 2?
because they were really good in huge numbers :P