A mod designed to overhaul WoW's level 1-60 quests is no more.

Blizzard’s legal department has shut down a World of Warcraft mod that was in the early stages of development. That mod – Warcraft Tales, in development by YouTuber Michael “BellularGaming”, aimed to overhaul the presentation of World of Warcraft’s story and quests in its early level 1 – 60 zones.

In the above announcement video, Michael goes into his reasons for creating the mod. However, just two days later, Michael posted another video update, explaining that Blizzard’s “legal department does not see the project as just an addon as governed by the addon policy, rather it's seen as a third-party expansion set."

PC Gamer received a follow-up quote directly from a Blizzard representative, who expanded upon the company’s reasons for shutting down Warcraft Tales:

"As we told Bellular directly, we really appreciate his passion for the game. But what it comes down to is that we need to protect the integrity and experience of the game for all of our players. WoW is very much a living world — anything that can change actual in-game content has the possibility of affecting the experience for all players on a technical side, even if they choose not to use the addon, besides materially changing the lore that binds the universe together. Fan fiction is awesome (and it takes place out of game), addons that modify the way quests are displayed are fine since they don't modify the in-game content, but addons that alter [or] replace the actual in-game content and story are not since this has far-reaching implications on the player experience." 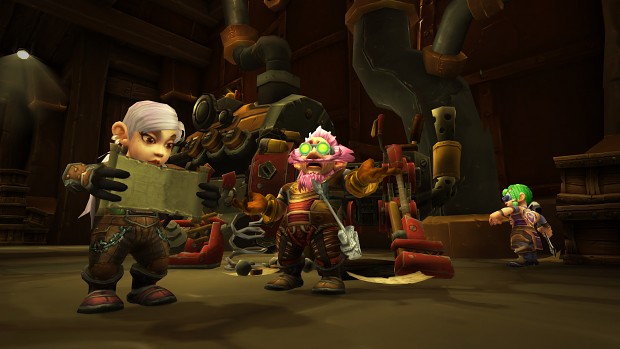 Michael was planning on releasing Warcraft Tales episodically, with each episode covering a new zone. While the mod would have changed the presentation and story content of those quests, it would not have changed what players needed to do to complete those quests, nor what they received as reward for doing so.

"...Addons that alter [or] replace the actual in-game content and story are not [fine] since this has far-reaching implications on the player experience"

In response to Blizzard’s actions, Michael says he is pursuing negotiations with Blizzard to figure out what capacity such a quest overhaul could legally exist in. But for now, it’s unlikely that Warcraft Tales will see release in any form. 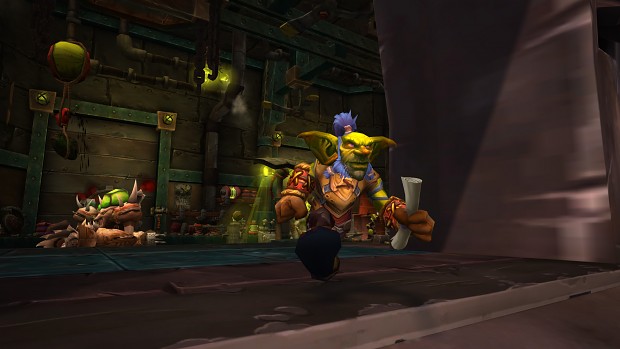 Translation: "You are costing us subscribers, go die in a fire."

Did you actually read the article?

The mod had potential to be good publicity to the game (just like most mods anyway) rather than "costing them subscribers". They just decided to not review it manually to determine if it would give modders an advantage in any way over others, and instead enforced their policies. It's a **** move but it's still pretty much logical. That would be like modding a competitive FPS game that doesn't have a way to force default assets on clients like the Source engine does (sv_pure command).
I don't even know what the guy was thinking when he decided it was a good idea to mod a still active paid MMORPG anyway, especially when it was breaching the EULA.

They're afraid people will like other content more than their own and they'll lose money, which as Blizzard has proven time and time again, is the only thing that matters in life.

Like yeah, an addon that requires the base game can drop the sales for sure.

Ever heard of something called an “expansion pack”?

Anyone who ever defends Activision-Blizzard needs to **** off.

So basically it's Nostalrius-like situation all over again.

Fans love the game so they want to improve it, but can't. Because Blizzard likes to leave the game "as it's made" and not touched by modders. Why? Subscribers and money. That's why.

Imagine the drama if people found out how to mod Hearthstone.

Welp that's another knife in the heart of the modding community.

Blizzard has never been big with the modding community anyway, so I'd hardly call this a 'knife in the heart'. It should have been expected, but people are ever hopeful and dumb in their desires. Activision-Blizzard simply do not want people touching their ****.

Welcome to the club! They shotdown Call of Duty Rio too.

Why people still stand behind and love blizzard confounds me

And Blizzard is getting just what they deserve. WoW subscriptions are starting to barely pay for the server maintenance at this point, they only make money from the expansions, SC2 was basically a failure since day 1, Hearthstone became nowhere near as popular as everyone hoped and also turned out awful, basically their only saving grace right now is Overwatch and SC: Remastered. There is no need to mention D3. When will modern Blizzard return to their former glory? Probably once they get rid of the current awful teams that basically have no idea what they're doing.

Put enough monkeys in a room with typewriters and wait long enough and eventually one of them will write Shakespeare I suppose.

I quit WoW ages ago, but it's sad to see the develop come down on the modding community like this. They're getting creative, quality input for free and all they care about is their IP. Screw 'em, people will put their skills to use elsewhere.

Translation: Blizzard working on WOW 2 and does not want anything that expands the life cycle of WOW one existing.