This coming Friday, February 4th, we will be releasing Blade Symphony to our loyal P.H.A.N. Club, which include future members and past Dystopia Supporters. Don't you want to play some Blade Symphony!? 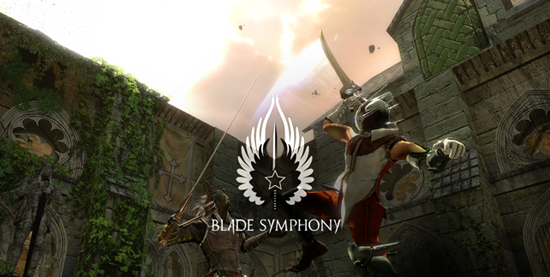 
We’ve been very busy bees as of late! Last year saw some pretty big reveals for Blade Symphony, and now we have another one for you - we’re offering early access to Blade Symphony exclusively to our Supporters!

Supporters? Who are those guys!?

The Supporter program was started in 2006 as a way for people to show their appreciation. People would donate to help pay for the costs we incurred in the process of developing free things, and they would get some cool stuff in return. Now we’ve brought back the Supporter program, and we call it our P.H.A.N. Club!

But I was already a Supporter, what about me!

If you were a Dystopia Supporter in the past, we’re not getting rid of you. As a thanks for all the help that Dystopia Supporters have given us, they will be automatically made PHANs and given early access to Blade Symphony.

So that’s the news, then: on Friday the 4th of February, our PHANs can expect a neat little email informing them that they can go ahead and download Blade Symphony Build 1. We will iterate on Build 1 for a few weeks, taking in as much feedback and fixing as many bugs we can!

What about the rest of us?

If you’re not a PHAN, and you still want to play Blade Symphony, it’s best to just hold tight for a few weeks. We don’t know exactly how long this beta will run, but it hopefully won’t be for longer than four weeks. We will be going into overdrive to fix bugs and really polish Blade Symphony up for a great public release. We hope to reveal a few more details about Blade Symphony and post some sweet videos too!

One last thing: we know not everyone wants to or has the time to check our website for updates; so we’ve started a little mailing list. Everyone who was a Dystopia Supporter and is in the P.H.A.N. Club has automatically been added to it (the first email you get will be about Blade Symphony’s pre-release, and will include an unsubscribe link if you don’t want to get any more updates) but you can sign up to it here, and we’ll be sending all future news updates via email to whoever’s signed up.

IM SO TOTALLY IN!!

Your avatar fits your comment so well I lol'd

I hate being broke D:

how about press? i've been ITCHING to review this mod.

If you're press and you want to review Blade Symphony, send me an email (anorris AT punyhumangames DOT com) from whatever address your website uses and I'll see if I can hook you up. :)

Can I donate a 10$ GameStop giftcard?:P

And I've been following the mod for years, and played Dystopia on release! lol.

Infact, I think I registered on Moddb back in 2005 for Dystopia lol.

Is *Donate to help* stands for something unrelated to cash?
looks like mods for money otherwise.
But good luck with a project.

have you never seen a mod website with a donate button before? it's basically like that, the money is to help pay for things like webhosting stats site etc external things from outside of the mod that the creators incur costs for.

To be honest - no, I haven`t. But thanks for explanation, I`ll keep it in my mind.

Hey white guy. These people paid so they get special things. Deal with it.

its my birthday xD

I'm sorry to say this: NOT BUYING A F**KING MOD!
If you want to get someone to pay for a fricking mod go get Valve invloved in it, or something. I'm not paying for a mod I have not gotten to play in the first place. The fact that I'm cheap and poor is insult to ingury aswell. I hope you people that do buy it have a good time, but I personaly don't buy mods that haven't gone threw the owners of the original game; which in this case is Valve.