New screenshots of the development of Black Mesa Uplink: Redux!

Welcome back to a new update of Black Mesa Uplink: Redux. Today I'm showing you some more screenshots of new and improved areas and my plans for the new areas!

In my last update I've shown you a few new screenshots of the area inside and outside the loading bay. The next challenge was to update the storage yard itself. In the first edition of Uplink this area was quite combat heavy, while the original Uplink from 1999 featured some jumping puzzles as well. I've reinserted these jumping puzzles (where you can flank the MG position with grenades) and added a few new ones as well, as you can see from the screenshot below. The slower pace makes room for headcrabs and zombies to pop up and attack you! 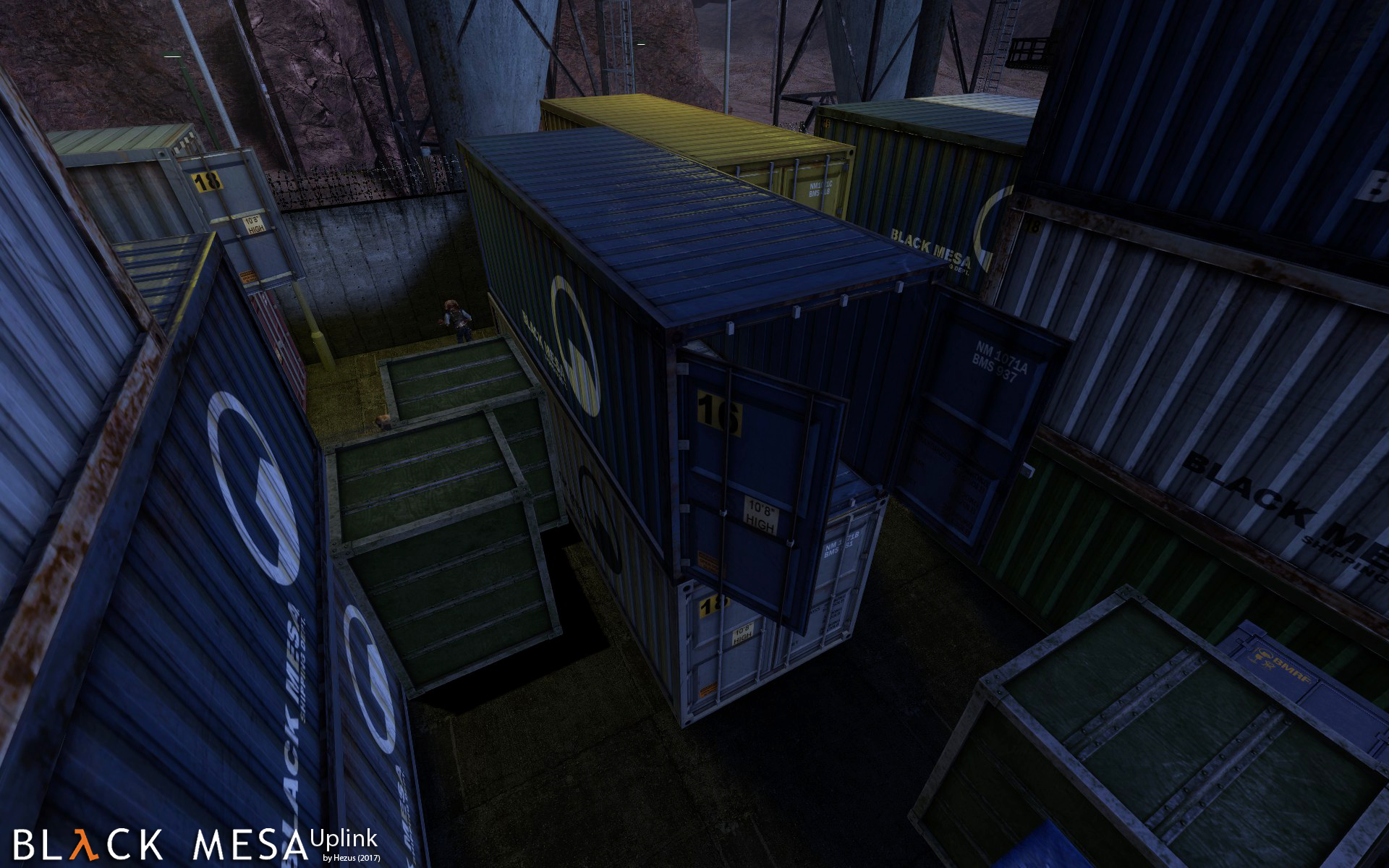 In the last version of Uplink, the dome was located right outside the yard. In the Redux version the dome was removed from the area because of 2 reasons. In HL:Uplink the player had to travel from the yard to the transmitter dome. It was only a short walk but I wanted to reinstate that travel time. Second reason is the frame-rate. The dome was quite resource heavy and with all the increased detail to the yard, I had to balance it out somewhere. Below you can see the current version of this area: 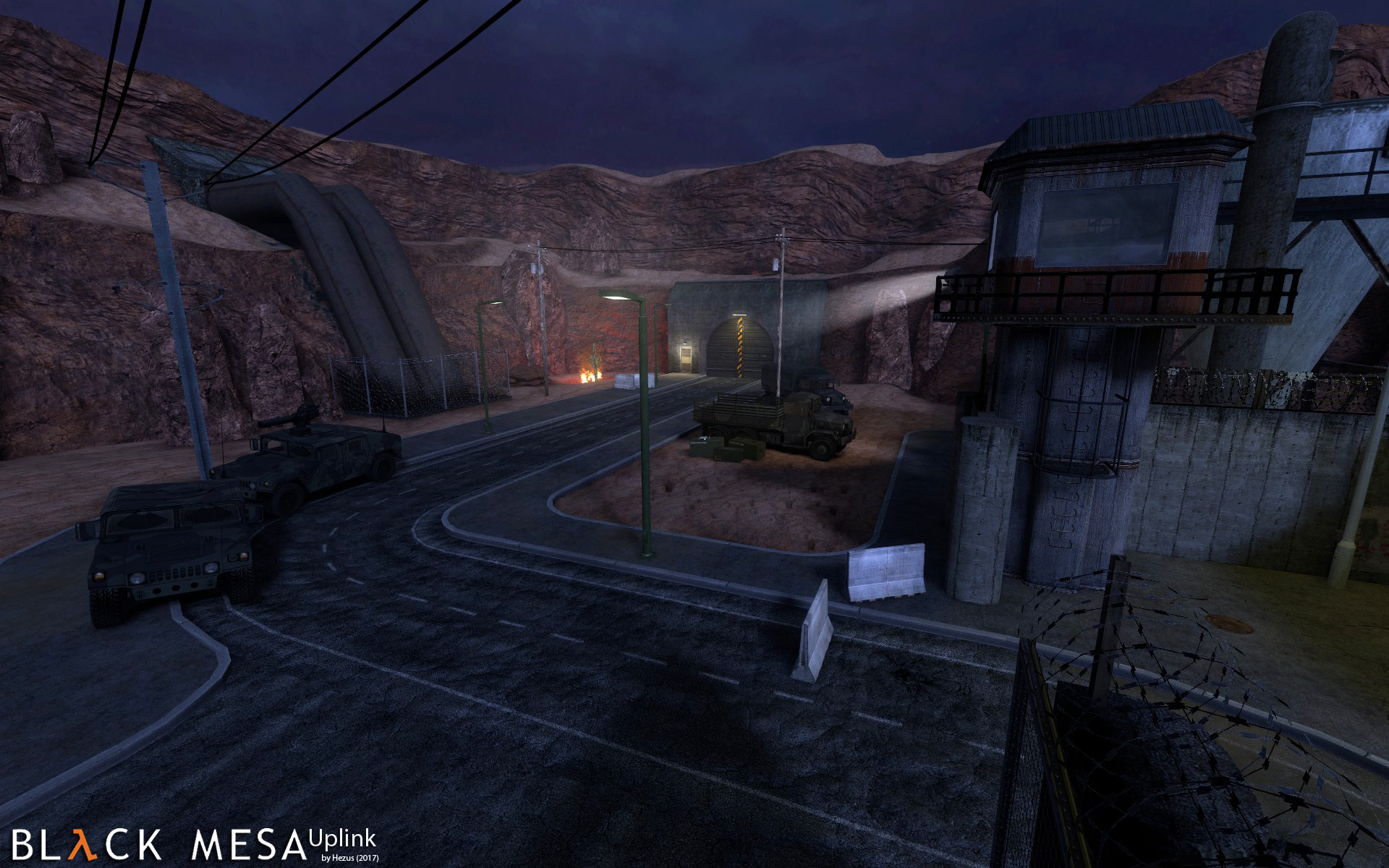 People have asked me if I was going to use the content from Uplink Extended to make my version of Uplink longer. My answer is this: I'm going to make it longer, but not in the way Uplink Extended did it. To extend it, I'm going to add more areas in between the existing areas. The road to the transmitter dome is a good example of this: 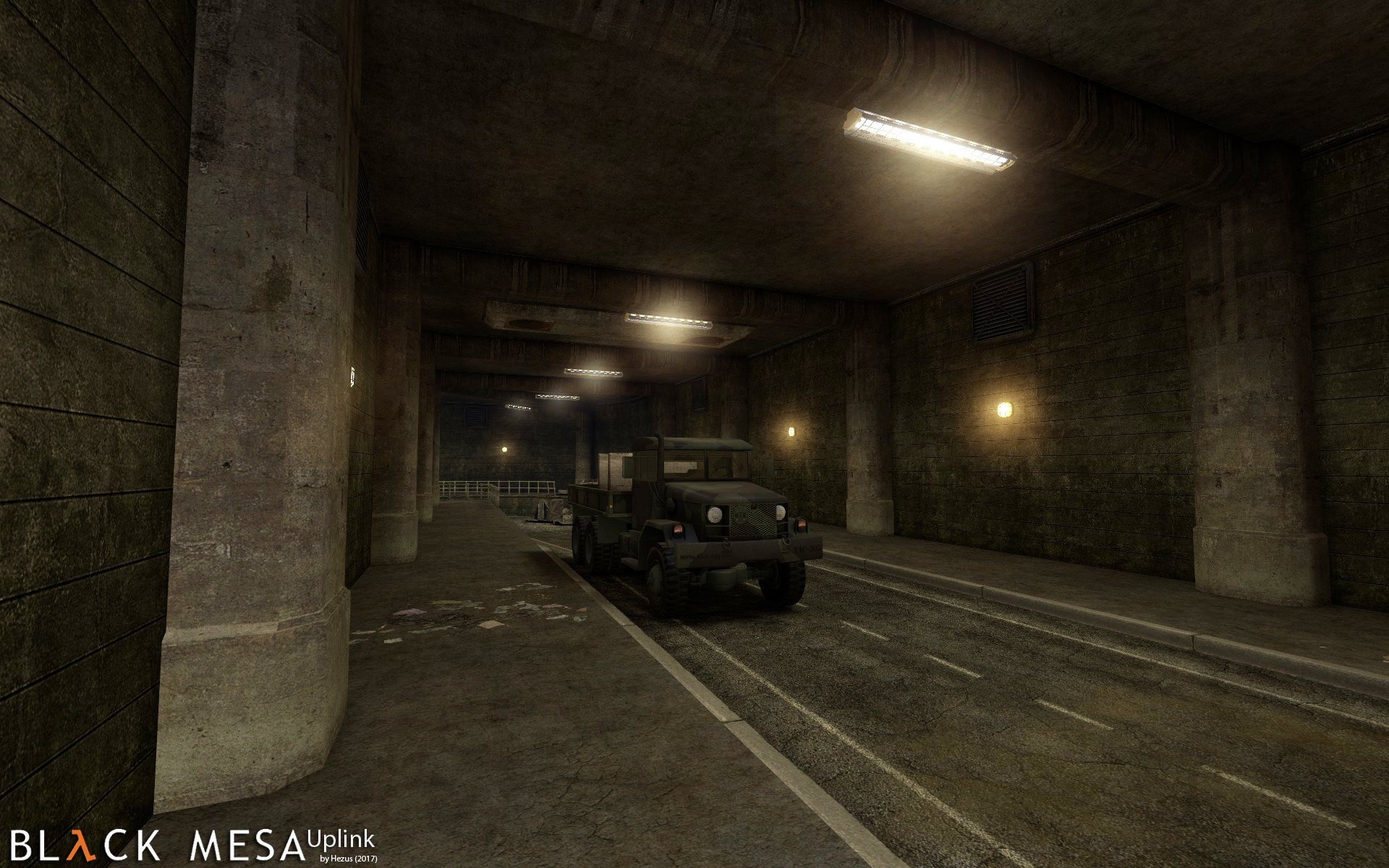 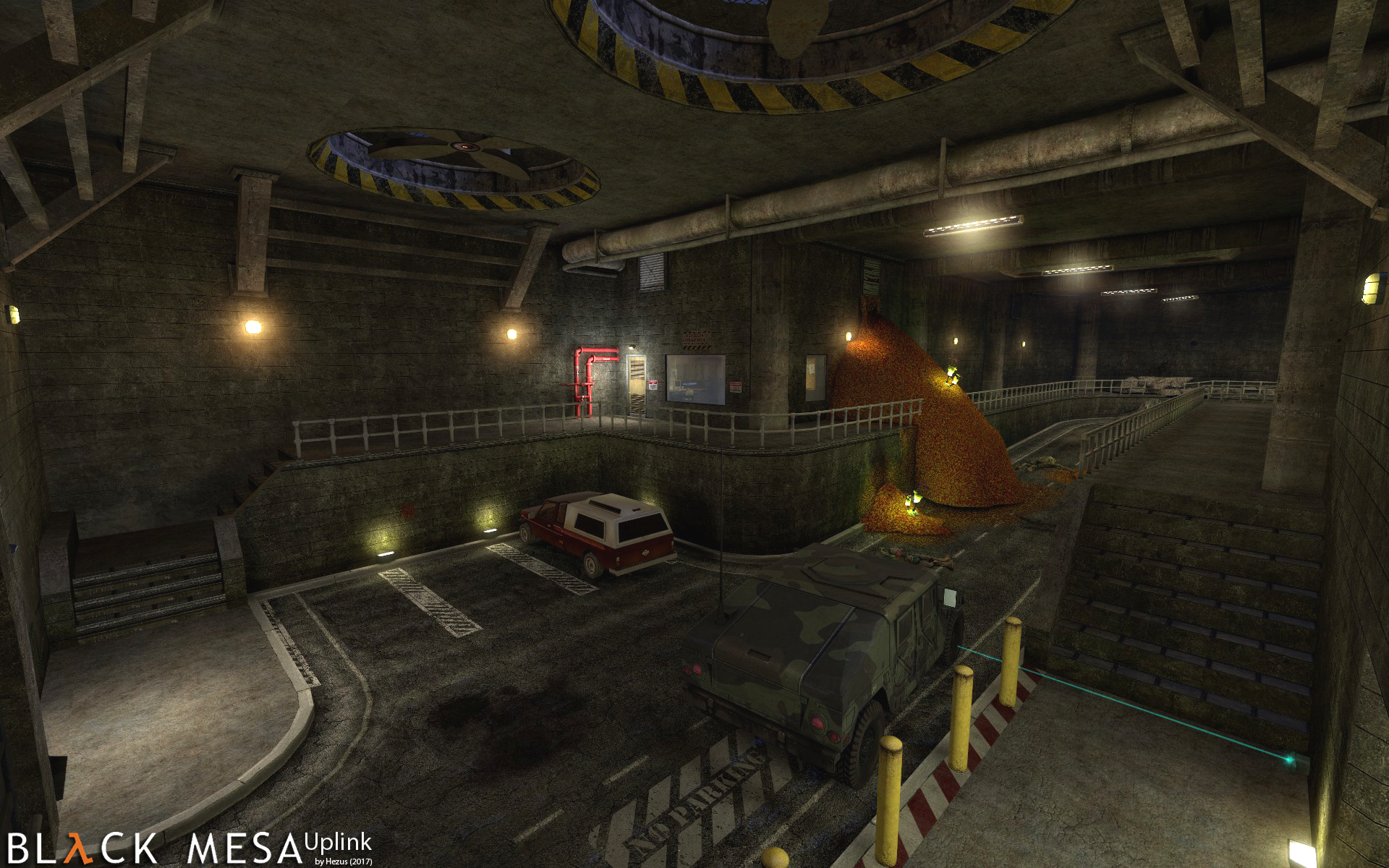 I've allowed myself some creative freedom with the new type of Xen infestation in that last screenshot. Making the way towards the dome longer, also means the way back (through the sewers) will be extended.

Currently I'm designing the area around the transmitter dome. I have a few plans for it but it all comes down to the center piece of the area: the dome itself. The dome in the last version of Uplink was made with brushes and for this version I wanted to go a bit more professional and make an actual animated model. I've used Milkshape 3D in the past but it has a horrible workflow, so over the last weeks I've taught myself to model with Blender and here is my first result: 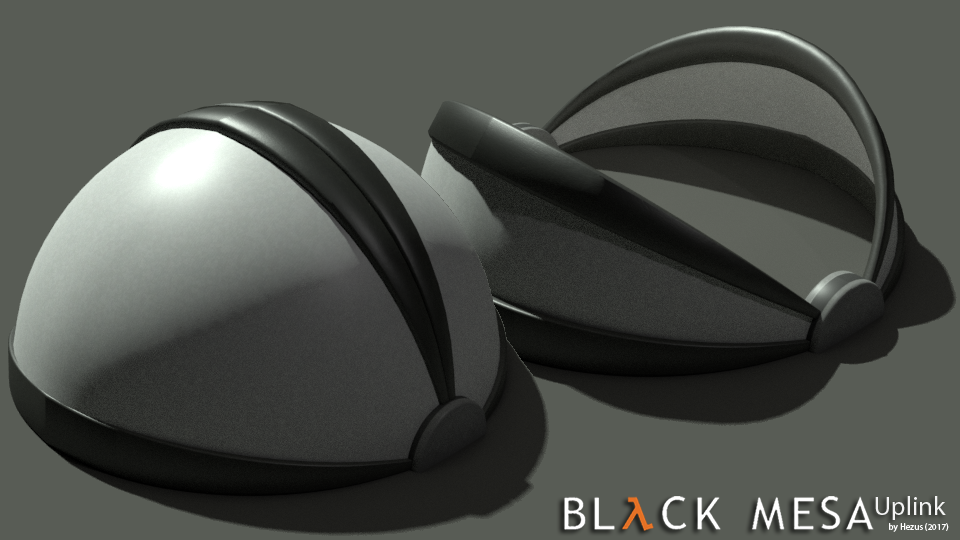 As you can see the dome is animated to open up, so the satellite dish can be raised to face the right direction. Having the platform so high up, also opens up a lot of possibilities for a new type of arena combat. But more on that in the next update!

Thanks for following the MOD and any comments I might receive! Till next time!

I can't wait to see that dome model in action! ^^

Holy moly, been waiting for an update!

question ...so basicaly, the enging will be the same as in the previous version? ...Ooor is there a surprise? :)

It will most likely still end with a Gargantua, but I might just mix that up a little :) I'm not quite sure yet.

My aim is to create it for the Steam version but currently the Workshop doesn't allow all file types to be used (such as cheographed scripts), which are important for this MOD. The people behind the Hazard Course Mod also ran into that problem, so hopefully the BM devs will adress these problems in the future.

Looks pretty damn cool! Keep it up. Impressed with the images so far :)

It looks amazing so far! I hope there will be also a version for free version of Black Mesa :D

Most likely there won't be a version of the free MOD version. Since the Steam version has more content, I would have to copy and ship that content with Uplink. That means I would be distributing files you'd normally have to pay for.

this looks so good.

Will uplink redux be integrated into the main game, like with the uplink addon mod for original half life?

Yes, I'm working on a sequence on how Gordon ended up from one point in the story to the events of Uplink.

Will you add the source files for your mod? File VMF

Definatly will! Sharing is caring :) I sure learned a lot from the BM source files.