Post news RSS Björn - The main enemy of the game

You thought surviving was too easy for Eirik and his family? Well, what about having them face the dictator of the island: Björn "Headcleaver"!

Helloo survivors! Today, we wanted to share a feature that we haven’t really talked about yet, but we couldn’t keep quiet much longer. Let us introduce you a special character in Dead in Vinland: Björn “Headcleaver”, the main antagonist of the game! 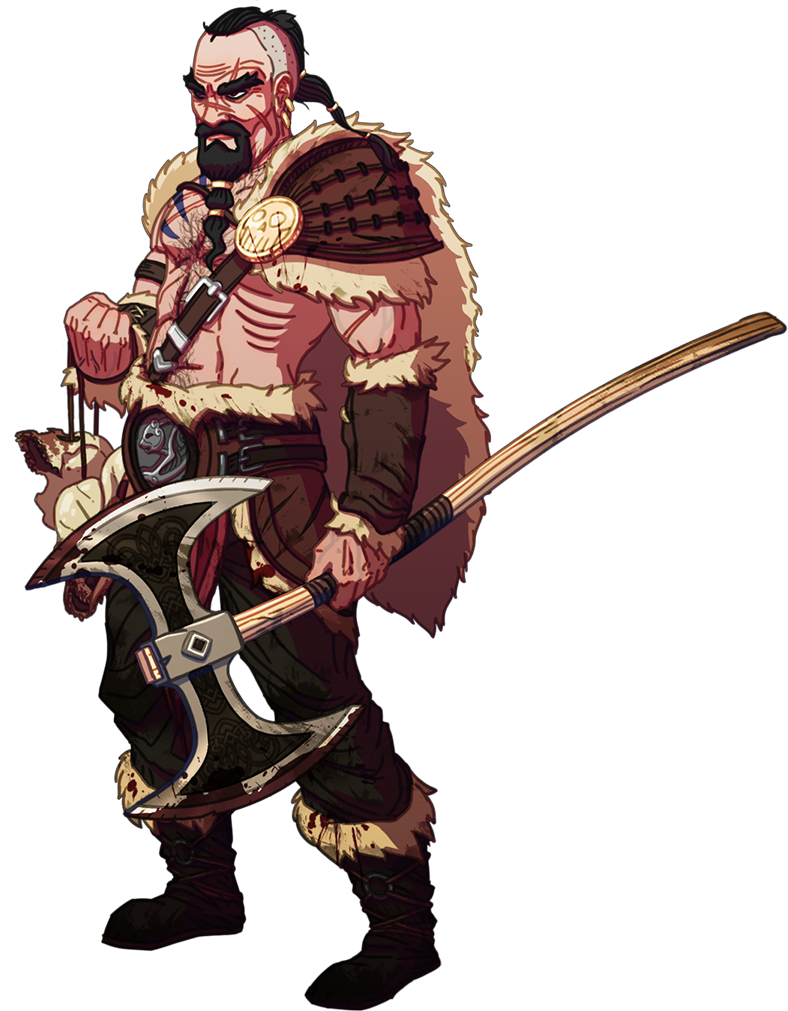 Björn is a giant monster of muscles and hate. And he’s the self-appointed “ruler” of the island our poor vikings landed on…

We don’t know much about his past. In fact, no one dared to ask him directly. The rumors say that his mom and sisters were raped then slaughtered in front of him by a band of pirates, who spared his life because they could have a good price on a strong boy like this on the slave market. He was purchased by a mercenary band leader, who beat him up daily and occasionaly raped him. Despite a life of sufferings, he survived and grew stronger, learning from the vilest, cruelest warriors there were. When he felt ready, he killed them all and kept their skulls in a morbid collection, which gave him his nickname.

Since then, he devoted his life to increase his collection, and make others suffer as much as him.

After a random raid on a norse village, he ended up in a terrible storm and crashed on the island, long before Eirik and his family. He sliced in two half of the people who lived there before him, and subdued to his rule the other half. 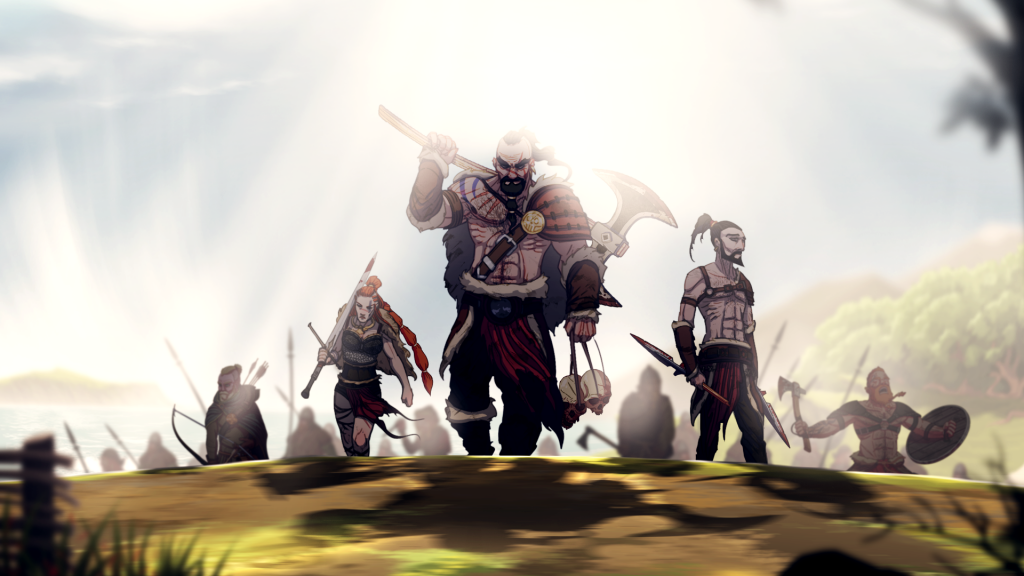 As you may have guessed, Björn is not a recruitable character in Dead in Vinland. But his appearance will trigger new elements gameplay-wise, most importantly the characters will now have a chance to be attacked while exploring the island… Björn’s men are mostly robbers and bullies themselves. They want to survive too, but by stealing your precious resources… Not by cooperating.

We’ll also introduce an Animosity Level with Björn. Some decisions will raise or lower the Animosity Björn feels towards you. After reaching several tresholds, Björn will come to your camp and say a little “hello” to our characters… And ultimately add their heads to his precious collection.

We’re confident it will add a whole new layer to the gameplay. You won’t have to “just” survive, you’ll have to deal with other threats which in turn makes your survival harder, especially for the mid/end game.

Will our survivors bend the knee to him? (as bending the knee is very popular these days ) Or will they fight back to be free at last? This will be up to you… 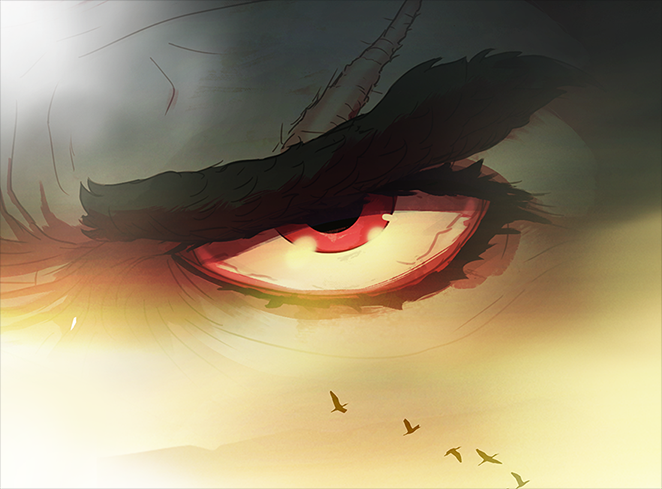