A lot more in game and its looking better than ever! :D

A good amount of work is flying into this game lately and its starting to look more promising! Collision has been looked over and edited through out the game to give it smoother and more clean game play. Health balancing has been started and the same goes for the orbs (in game currency). Options for full screen and graphic changes have also been handled. Graphics wise has had a lot of animation put in. Lots of work has been done to the boss and same with enemies. read on to find out more... 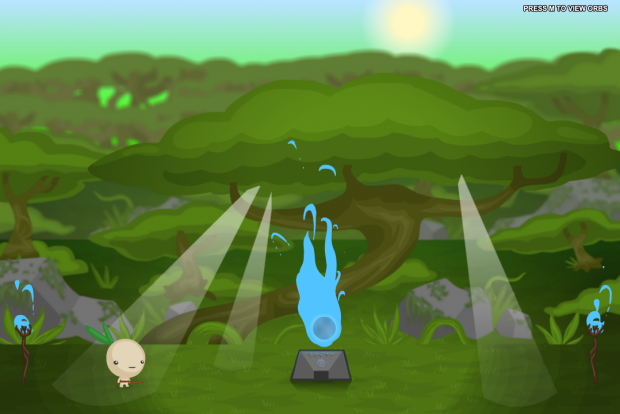 General
Here are some little things that take a big amount of work! The boss has all attacks so far fully working and has had a big improvement on its collision with its self and its attacks. Plans have also been made to help the boss` attacks more varied and different. Orbs (in game currency) also spawns now when the boss is hit. The menu has been given a little update such as the new hint randomizer at the bottom and the download button at the top right and working options. A new aerial attack has been put in and is 100% polished. Death for the player (you) can now die in battle between you and the Jungle Spirit Boss. The shop is now accessible upon death. GUI has a much cleaner look and more was added such as the players name and a hp bar color swap between you and the boss. Multiple weapons masks and power-ups/upgrades are now coded in but not accessible in game unless coded in (for just now). 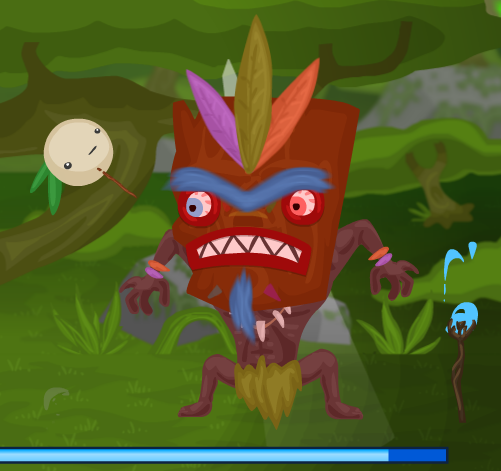 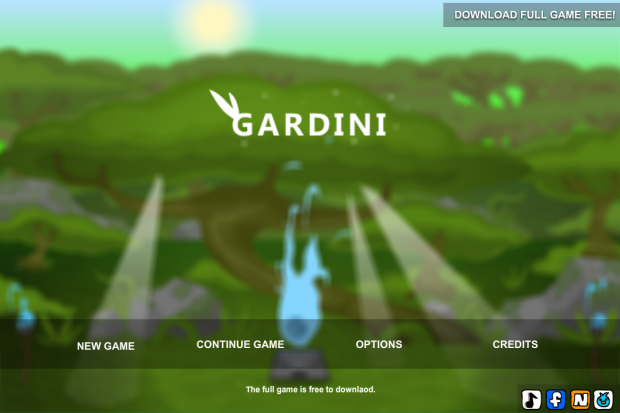 Enemy spawning has just been put in for the Spirit Boss summoning the jungle spirits to attack. The animations for the enemies are getting worked on and don't have long until they are finished. AI and actions are currently nonexistent apart from the boss` action of spawning these guys in. Enemies have been planned out code wise so they should be interactive in the next update.

Shop
Items from the shop have been designed and put in game but not fully accessible yet so here is some of the shop item combinations.