Hello Lyokofans!
It's time to make a summary of the three non official fangames that I'm (Immu) creating for this wonderful community:

To start up with the most popular, the IFSCL 3.4.2 (Fictional Interface of Code Lyoko's Supercomputer) can be downloaded :

The clock, more realtime than ever!
A common program that appears at rares moments in the series more precisely when Yumi is busy defending "Mélanie", the Skidladnir still under construction.
However there was no need less for the program to become an essential component to IFSCL, and not the least. It can control time! 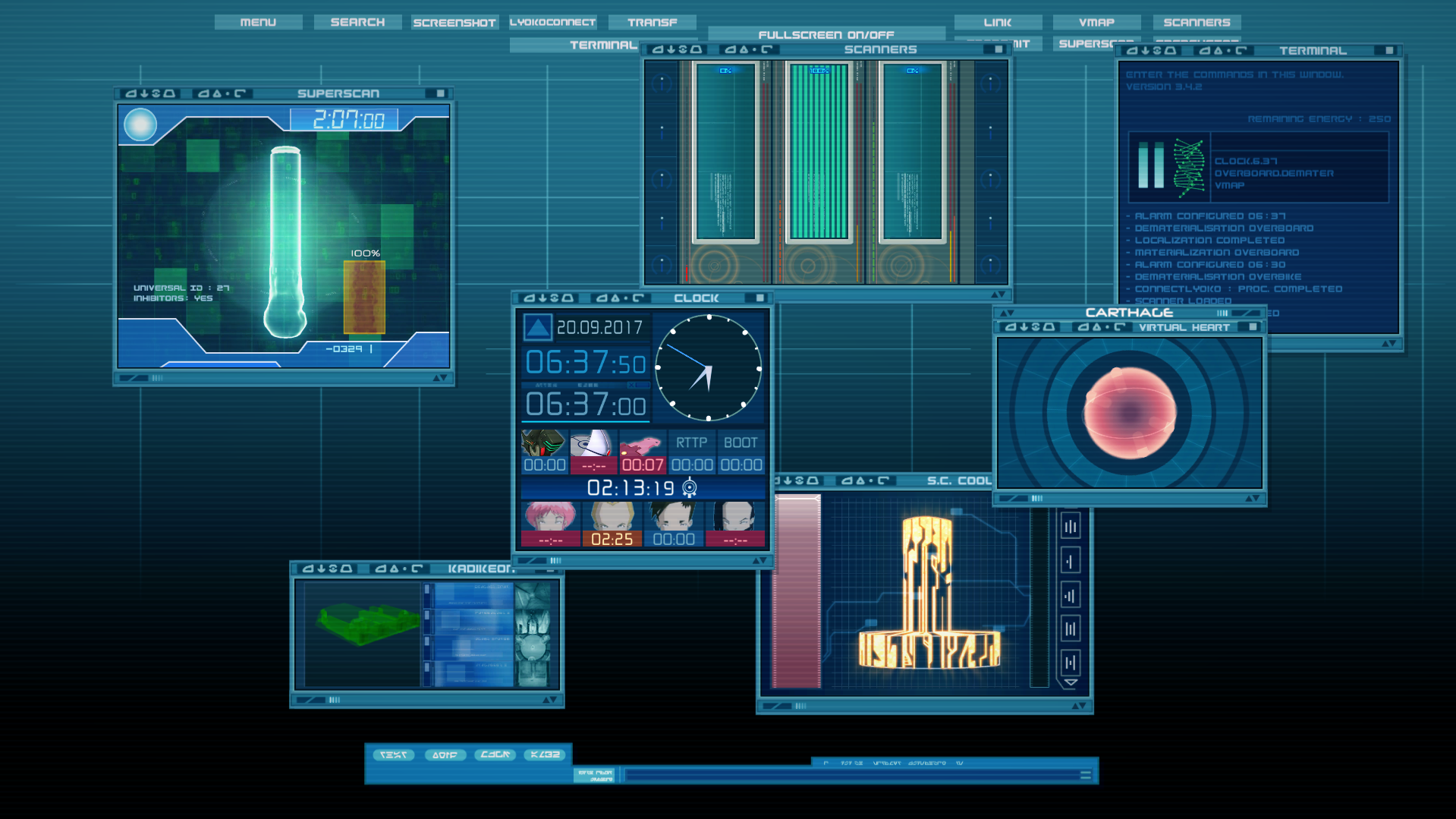 You won't have to wait 10 min for an automatic attack of Xana anymore,now it can rest for many hours or even days like in the series,and like the game runs in real time, so you can accelerate time to the next attack of Xana!
One more thing: the clock show also the time display of the virtualization of the LyokoWarriors (a minimum of 12 hours mostly explicit in the original series ( confirm in CLE). but also the recompilation times of certain programs like the reboot, Return to the past, or the overvehicles.

Because lets face it. there has to be a reason for Jeremy to not use them all the time,so why the programs should not "re-agree" to the digital world every time?
It seems a relevant question for me !

Lot of fixes and improvements
We can note that the window of anomaly can now be narrowed and show the reall reason of the error.
With that we can also note that they will be more strategy at the end of the game, but others will come in the future 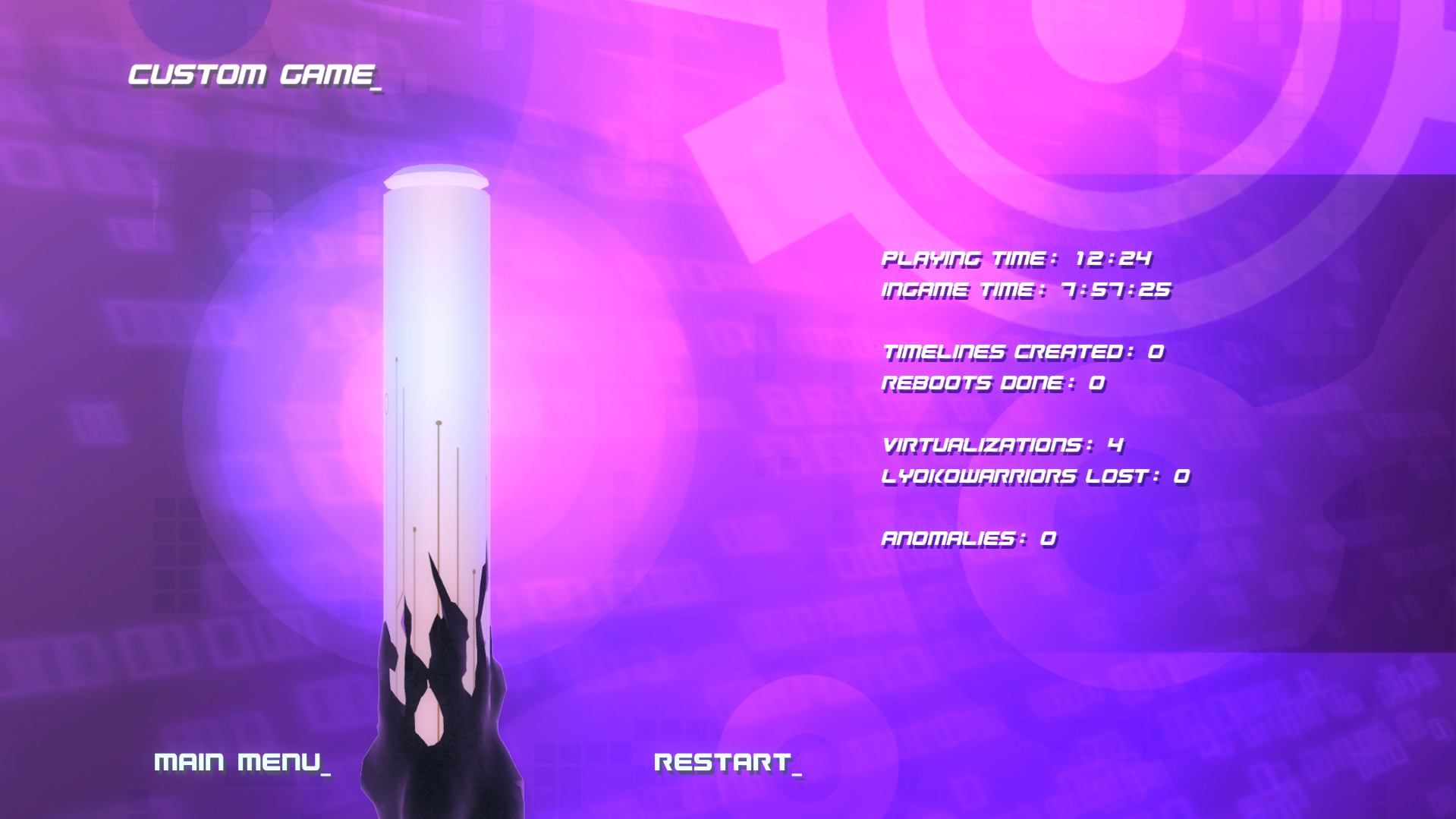 But mostly a big work on the windowss,it illuminates,have a beautifull black border and dont have anymore the problem when we click on the button and we want to slide on the screen.
And finaly, a dynamic help, a true successor of the other iterations that have been created on IFSCL in the course of his production (separate pdf, separete link, ingame windows with compressed images..) 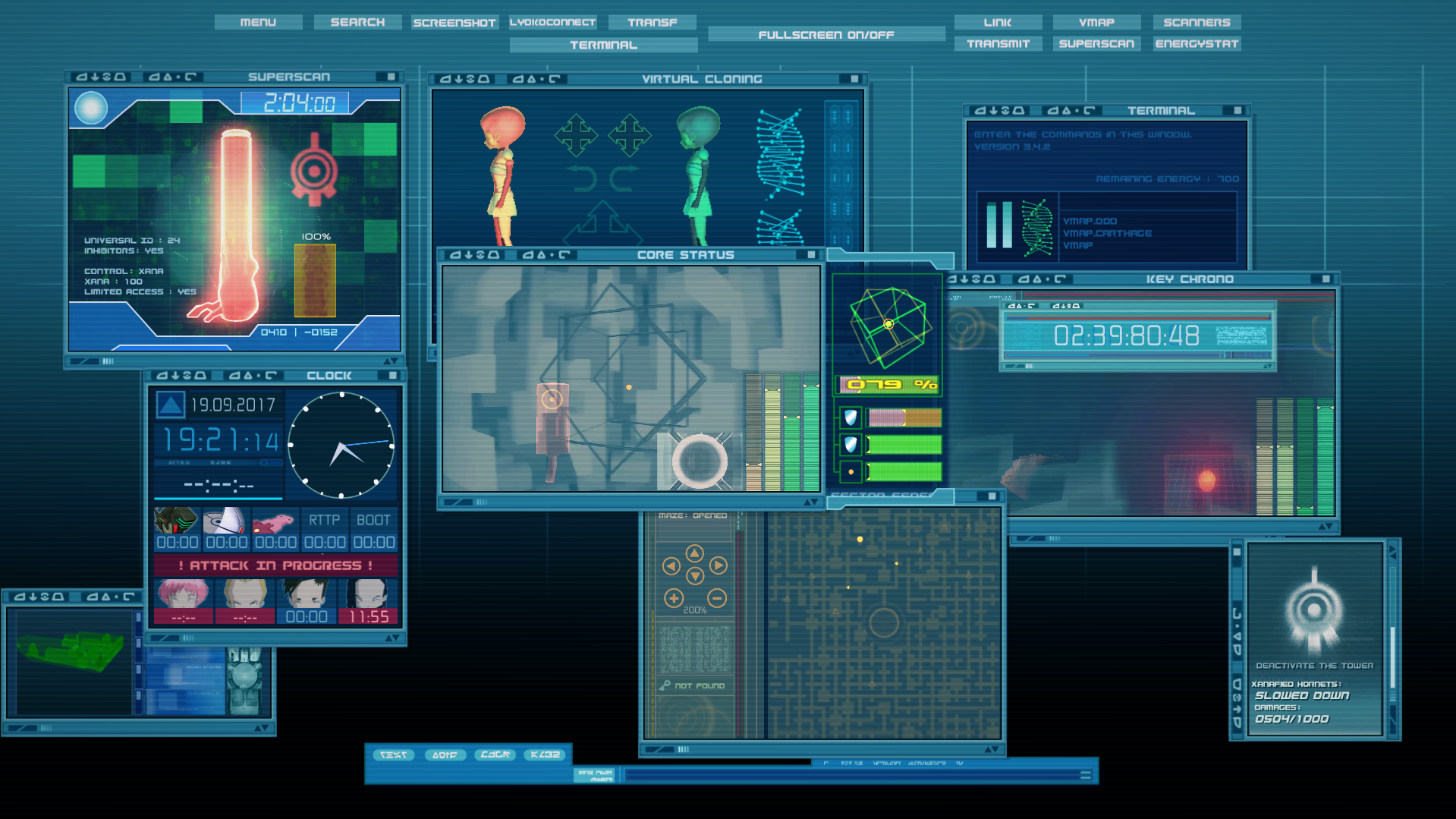 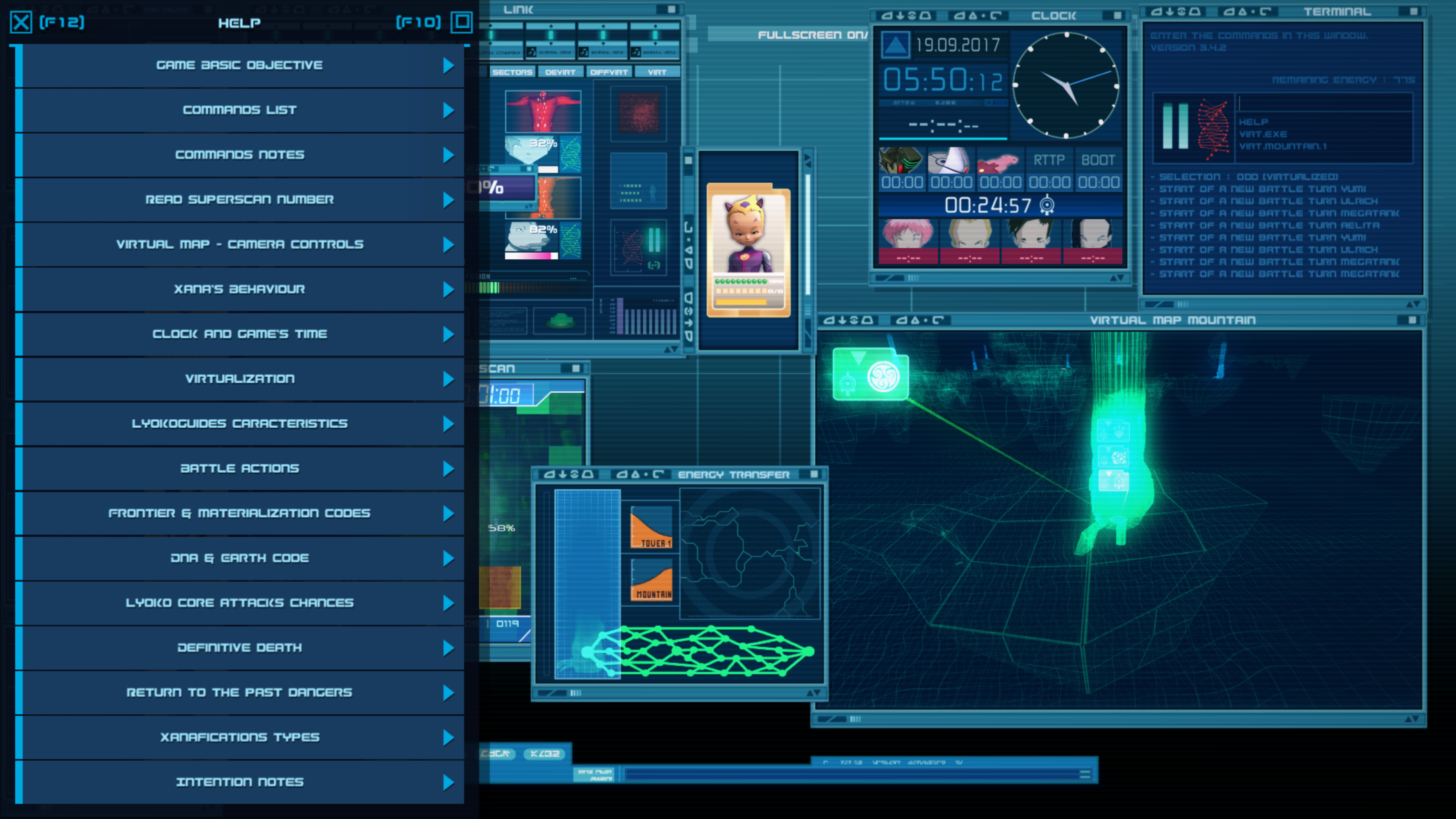 Immu's Room introducing the Cathedral & the inventory
Teased for a month accross social medias and enigmatic clues, 340 & 342 Immu's Room has been unveiled.
You'll find the 3D cathedral of Code Lyoko's factory, a prelude to IFSCL story mode.
Also many other clues can be find inside, which are linked to IFSCL's future. 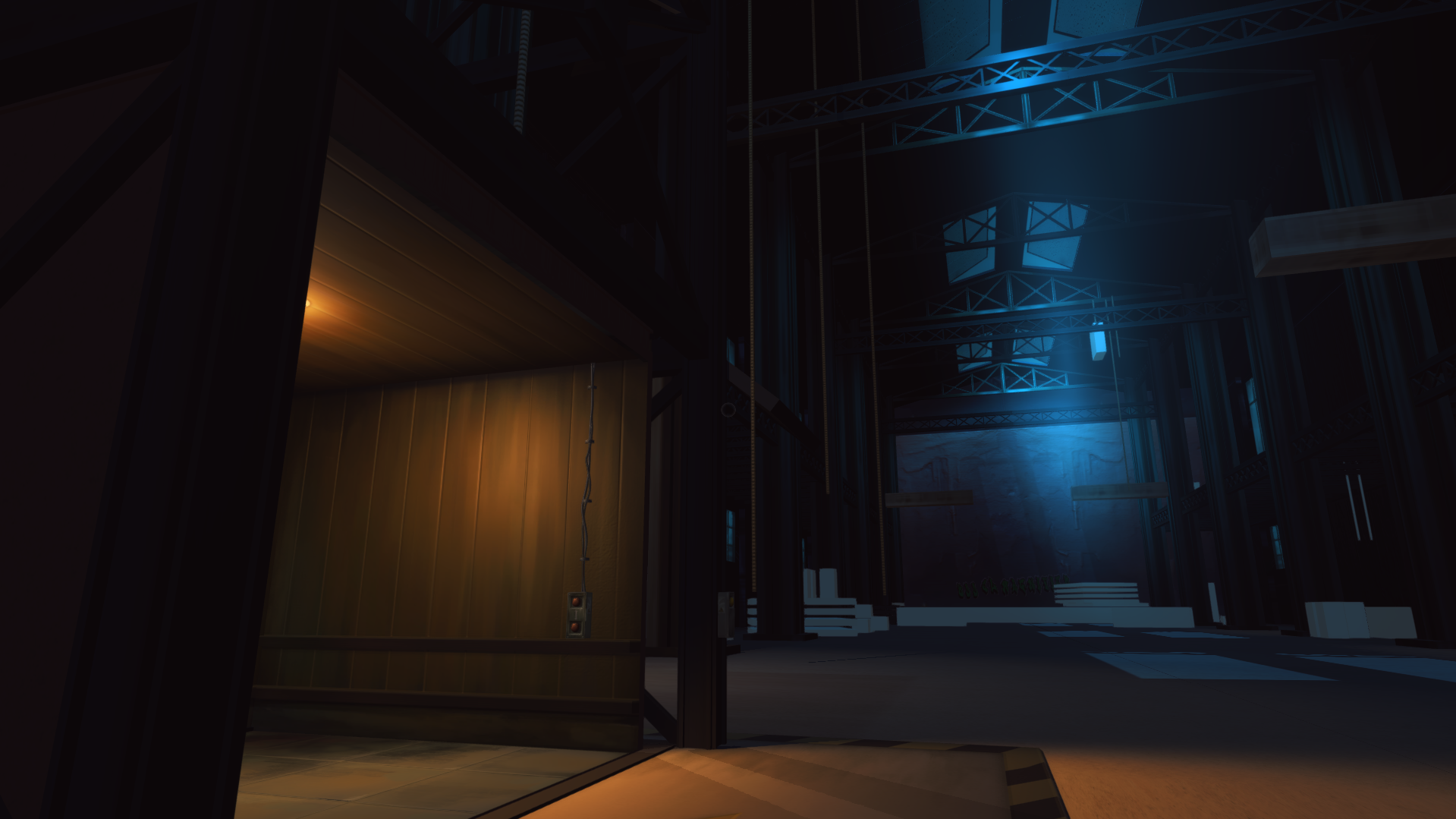 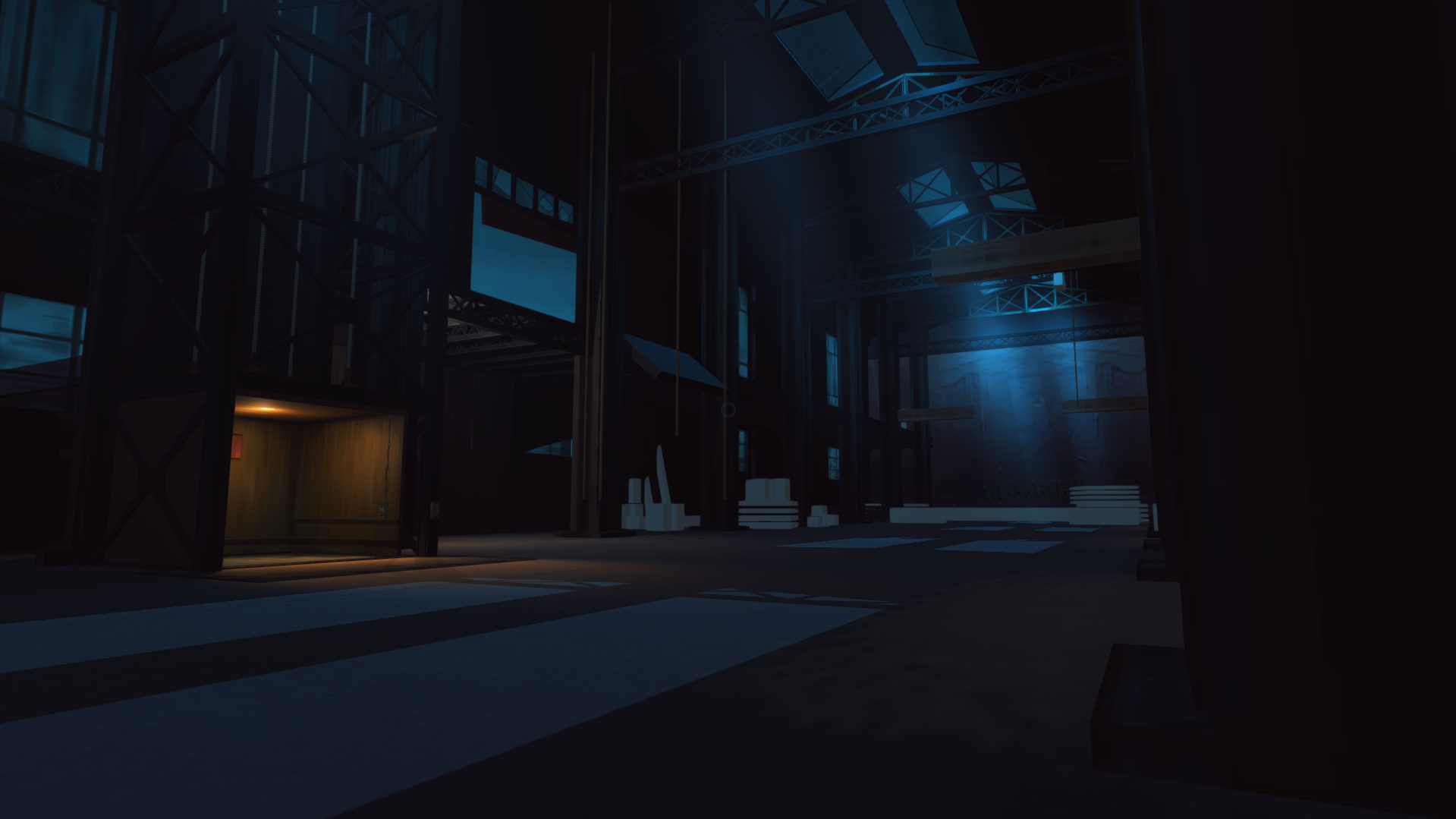 The inventory, while not being very interactive at that moment, is also an early taste of the story mode, in which every item collected in game can have a use.
Around 40 objects are planned, from the most weird but very true to the series, (orange and black soda can) to the most obvious ones (cd of aelita's materialization, Franz Hopper's suitcase...). 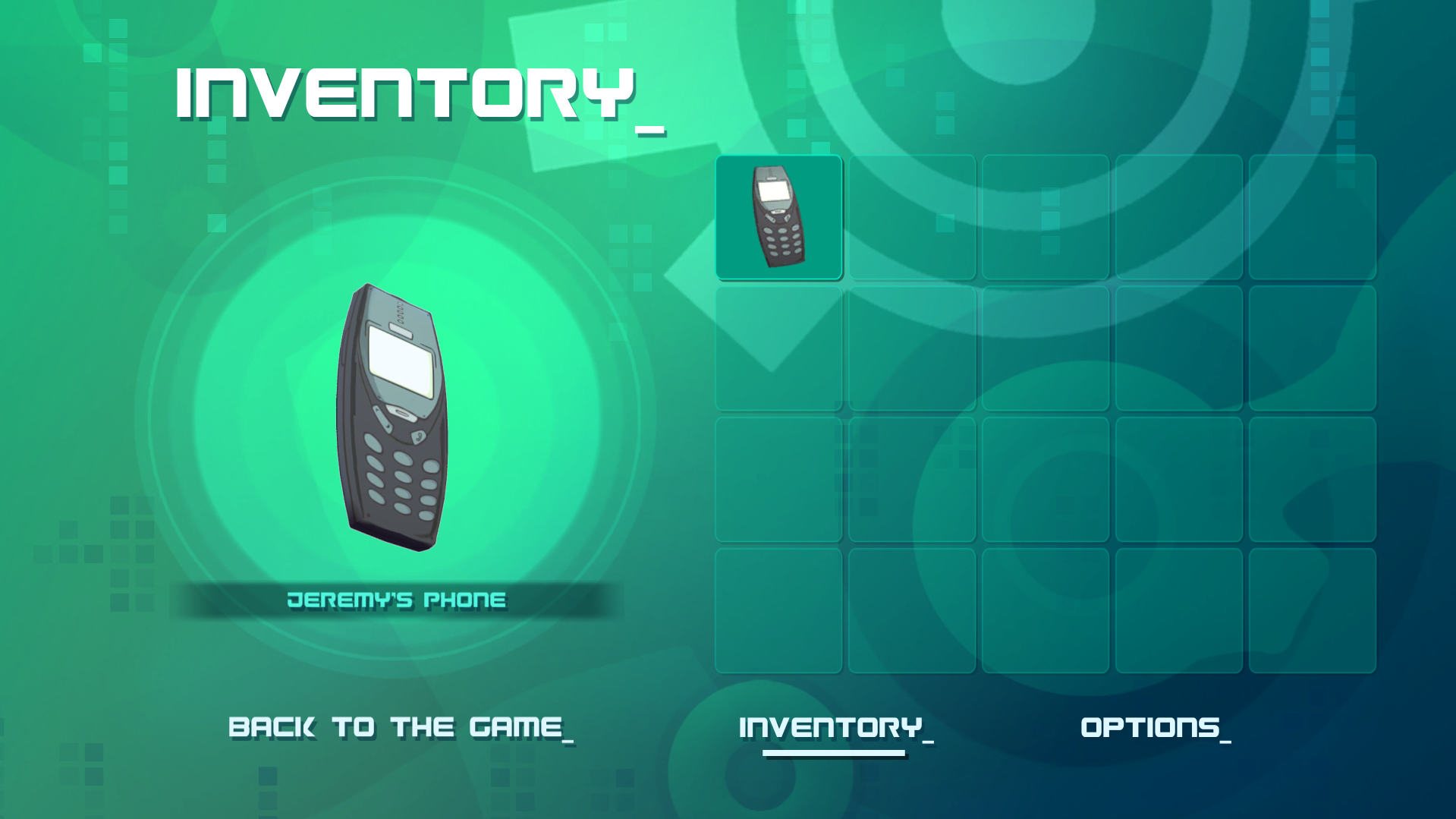 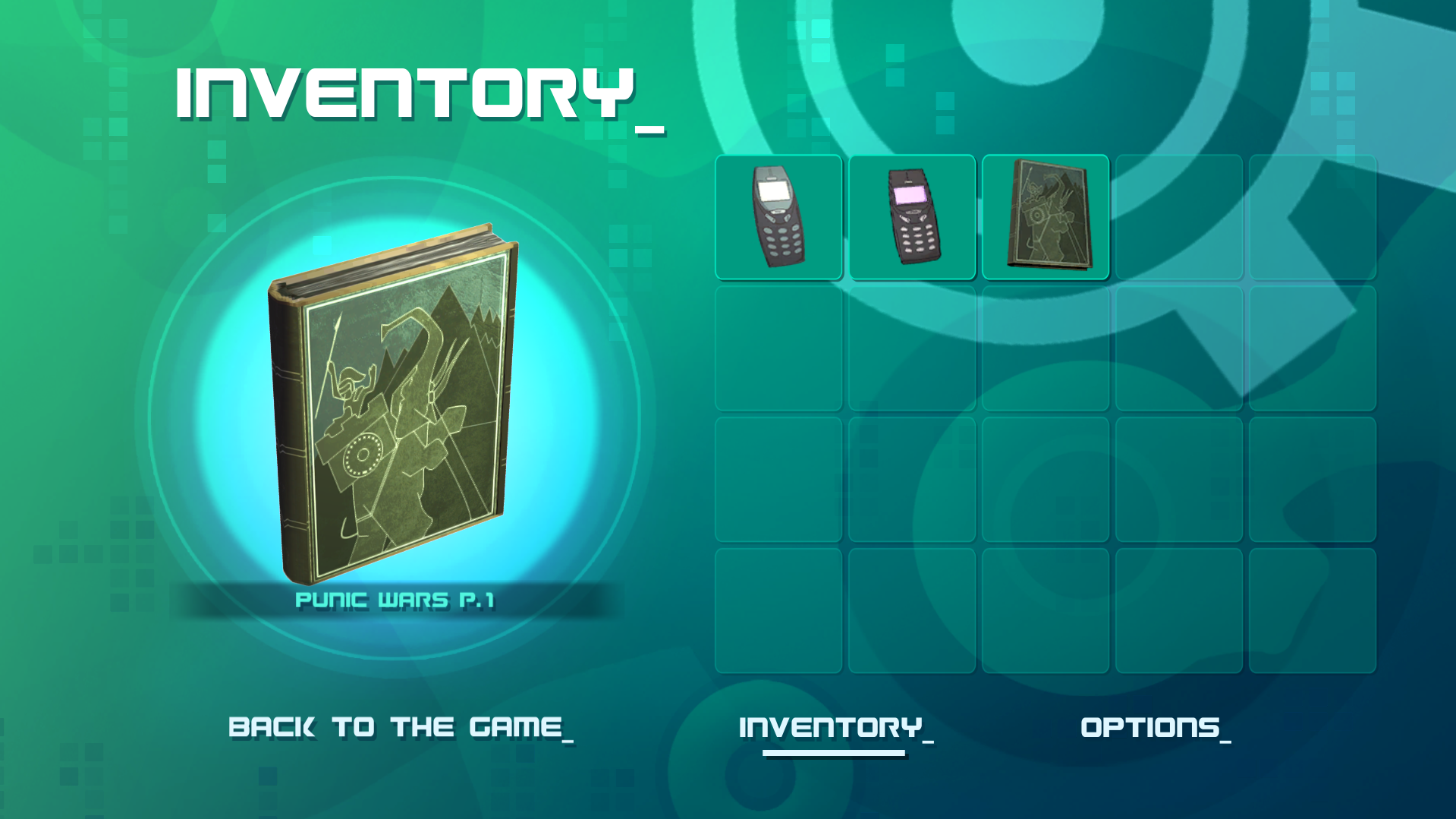 And as a bonus, two fan videos regarding IFSCL Immu's Room and a retrospective for the other.
They're in french, but we're still not having much video like that in english, so don't hesitate to participate by creating your own theory videos or analysis in english!

Some notes about this version
There's no perfect version, but this one is really clean of any big issue.
The only little things to know are : kiwi window command won't work so simply use the search button on the upper part of the interface.
There's currently no gameover if aelita ends up not being rematerializable before the end of a Xana earth Attack. 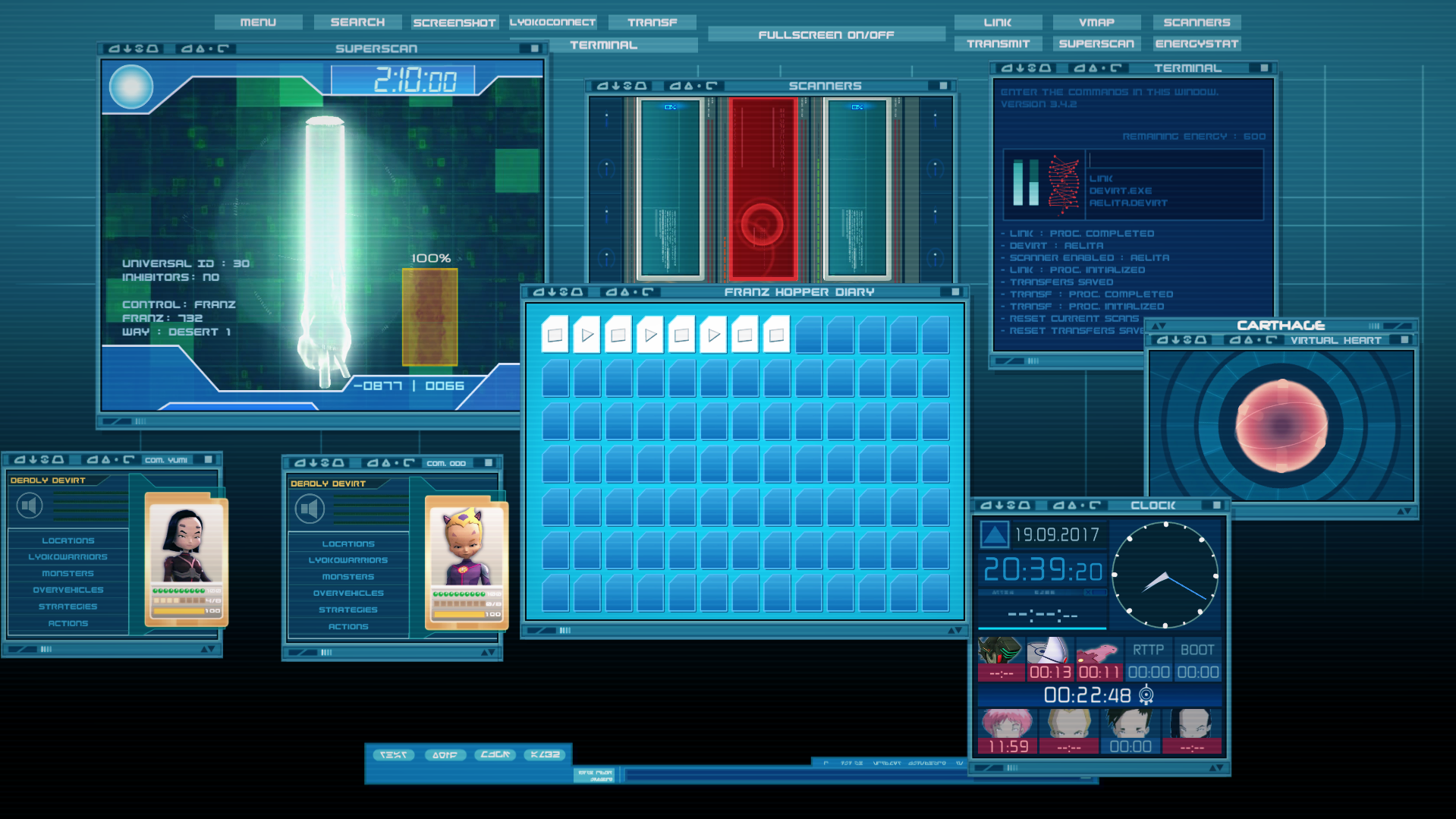 Also, we are stuck if the vehicles cannot be rematerialized while we are in celestial dome or lyoko's core/heart.
Those two situations will respectively be resolved by a one-way secret passage in the core that will lead to arena, and a special program in celestial dome interface to quickly recompile a vehicle.

Two more IFSCL versions planned till the end of the year
So that 3.5.0, planned for october/november has the goal to bring us William but also to the xanafication of lyokowarriors by the scyphozoa and the whole management of creation/destruction of the sectors.
While that for 3.7.0, which target Christmas 2017, that one will have the hard task to introduce the skidbladnir and the digital sea (but not yet the replikas).
I put every effort possible so that translators, beta testers and I will allow 2018 to be under the sign of the 'story mode'.

Note that a DISCORD channel has been created, to easily talk about the game. Discord.ggPS9vHzK

Meanwhile, on Lyoko Conquerors
Let's not forget one of IFSCL little brothers: Lyoko Conquerors : The Online Wars
Also created by your dedicated fangame creator, this ambitious 3D online real time strategy game based on Xana and William in the vein of classics like Command And Conquer, Starcraft or Age of Empire is still in production within two IFSCL work periods.
You can see its progression by checking the links in the progression log ;) 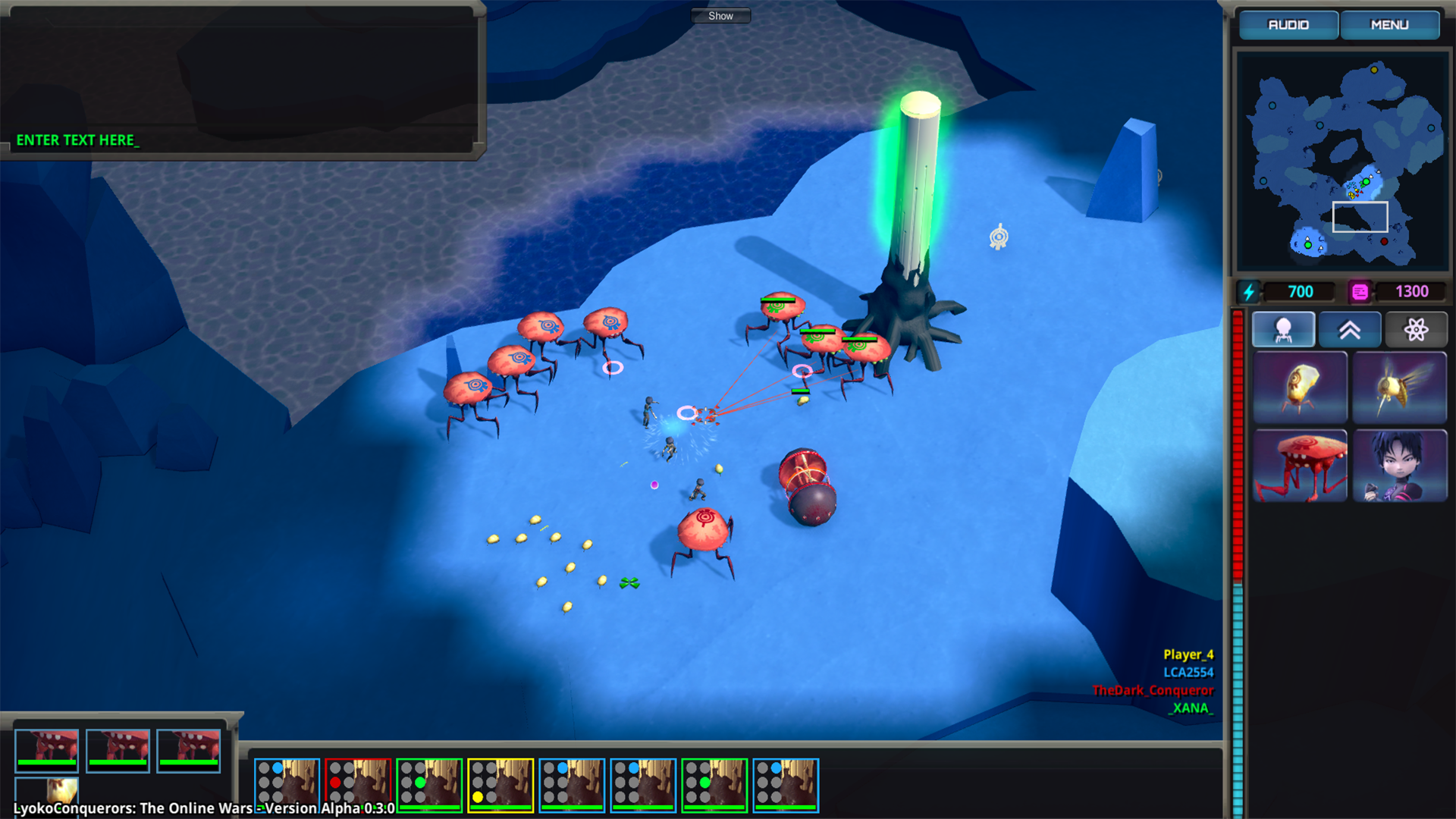 A minimal knowledge of classic STR (age of empire, starcraft, command and conquer...) is still required as this game is in early dev and not accessible to non-initiated.
If your interested, it's available in private Alpha: get in touch by leaving a message on the lyokoconquerors channel on the discord or subscribe to the facebook group page to get access.

And to wrap-up, LyokoWanderers!
Still in alpha, mostly paused dev, but you can play it right now as the alpha became public, get it on your nearest Google Play Store!
(no iOS version planned) 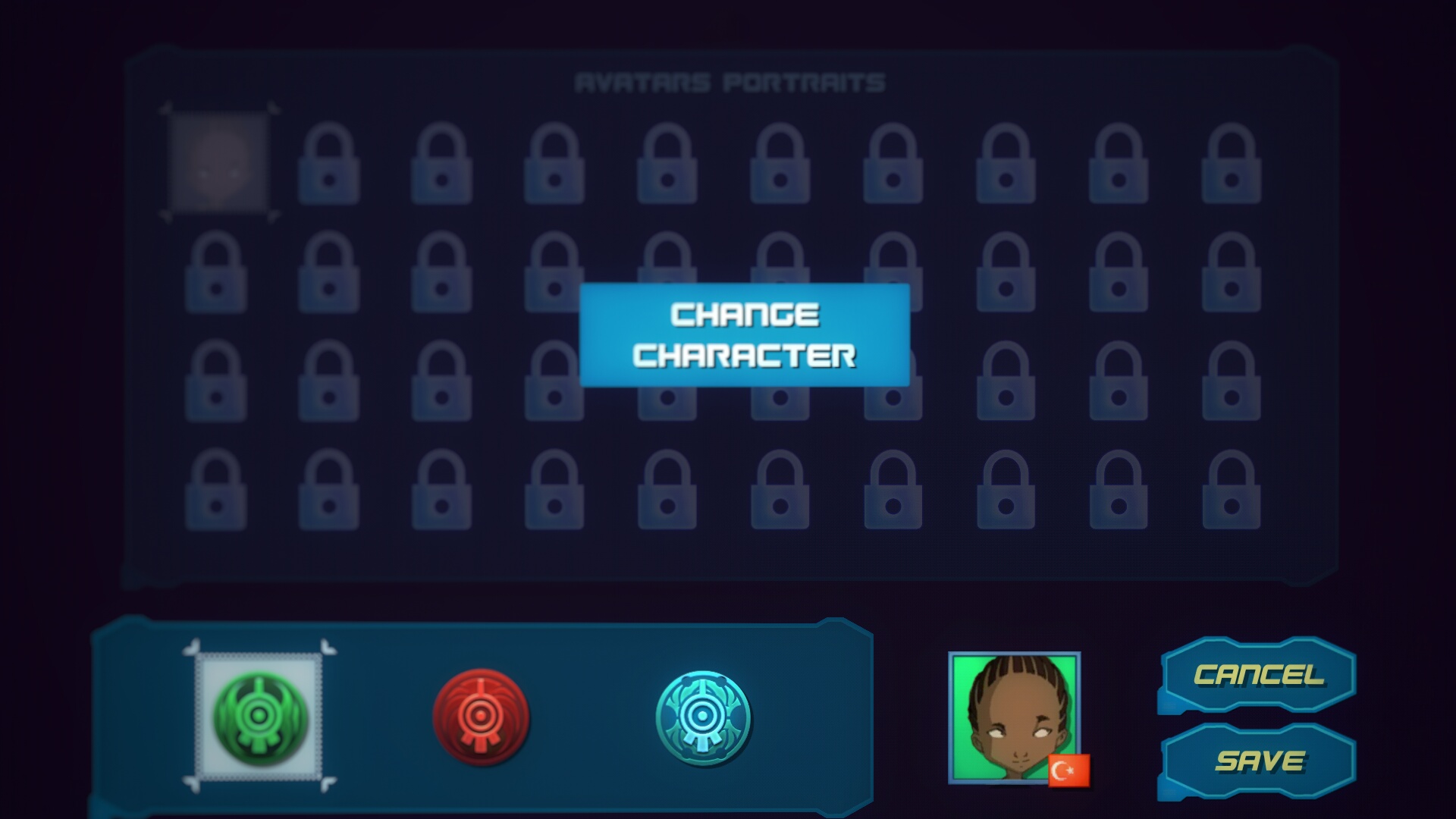 Till next time folks!
Screenshots of the games taken by various fans, thanks to them! & Jordan for translation help.