With part four the BattleGroup42-team is continuing its extensive new models presentation. Most of these models were created by Gauranga and integrated into the mod by Sarge31FR - in the process they were upgraded to our quality standards if needed. While the focus of our last two news was on equipment of the Axis forces, this time we'll concentrate on the Allies.

Let's start with the only model of this presentation which was not made by Gauranga, but by a modeler named Austro: The 100mm howitzer vz 14/19 build by the Czechoslovak manufacturer Skoda. It fired a 14 kg shell over a distance of almost 10 km. This reliable and efficient weapon was designed during World War I, and sold to a variety of countries, where it was used under different names up until the end of World War II. Among these countries were Italy and Greece, and these two will be using this howitzer in BG42 in a dual purpose role, both as anti tank gun and artillery. 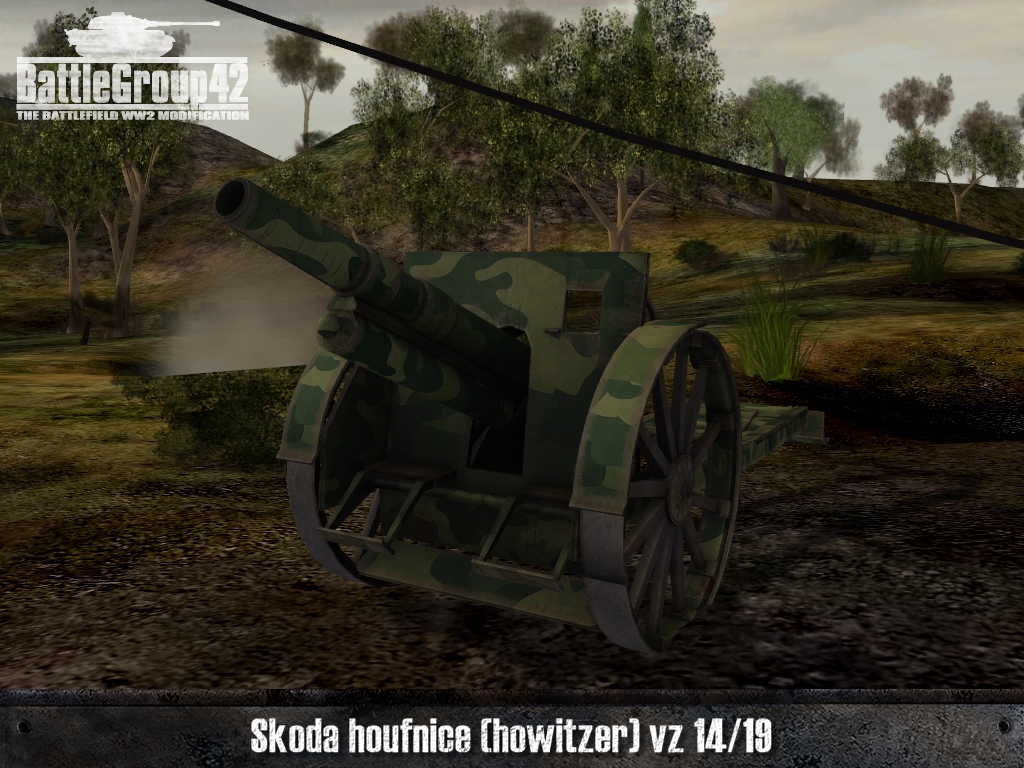 The arsenal of the Brits, and their Commonwealth allies from Canada and Australia, got an improvement in form of the Humber Mk IV. This version of the famous armoured car was armed with an American M5 or M6 37mm cannon, and saw action in Northern Africa, Europe and the Far East from 1942 on. Despite some shortcomings it proved to be a successful design, and was still in use by several armies long after the end of WW II. In BG42 the Humber will supplement the Daimler armoured car and similar vehicles on BG42 maps within that timeframe, or replace them completely based on the scenario. 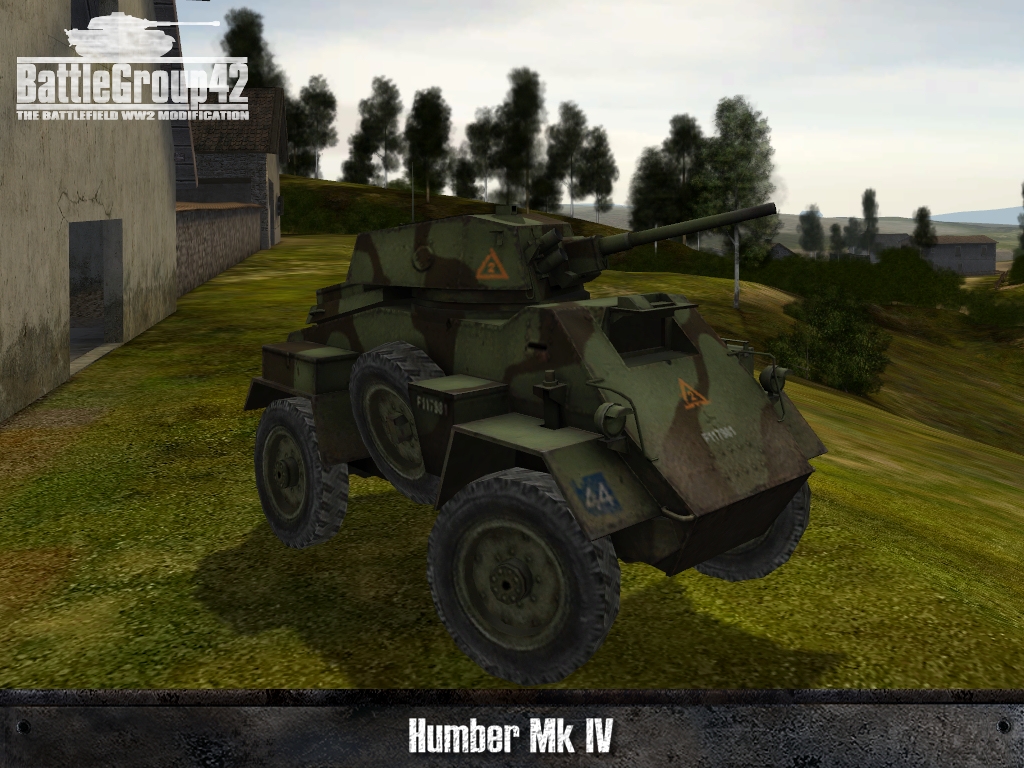 In our past news we already pointed out the importance of unarmed support vehicles in BG42 - trucks and prime movers not only serve as transport vehicles, but also resupply vehicles and guns with ammunition and repair them if need be. Some of our armies are also equipped with specialized ambulance vehicles which can heal soldiers within a certain radius. The Russians now got their own ambulance, the GAZ-MM. It was a simplified version of Ford Model AA’s Soviet license version from the 1930's, and used in many variants by the Red Army. Starting in 1943 it was gradually withdrawn from service, when more modern trucks like the Studebaker US were available in large numbers. Therefore you'll find the GAZ-MM mostly on early Eastern Front maps. 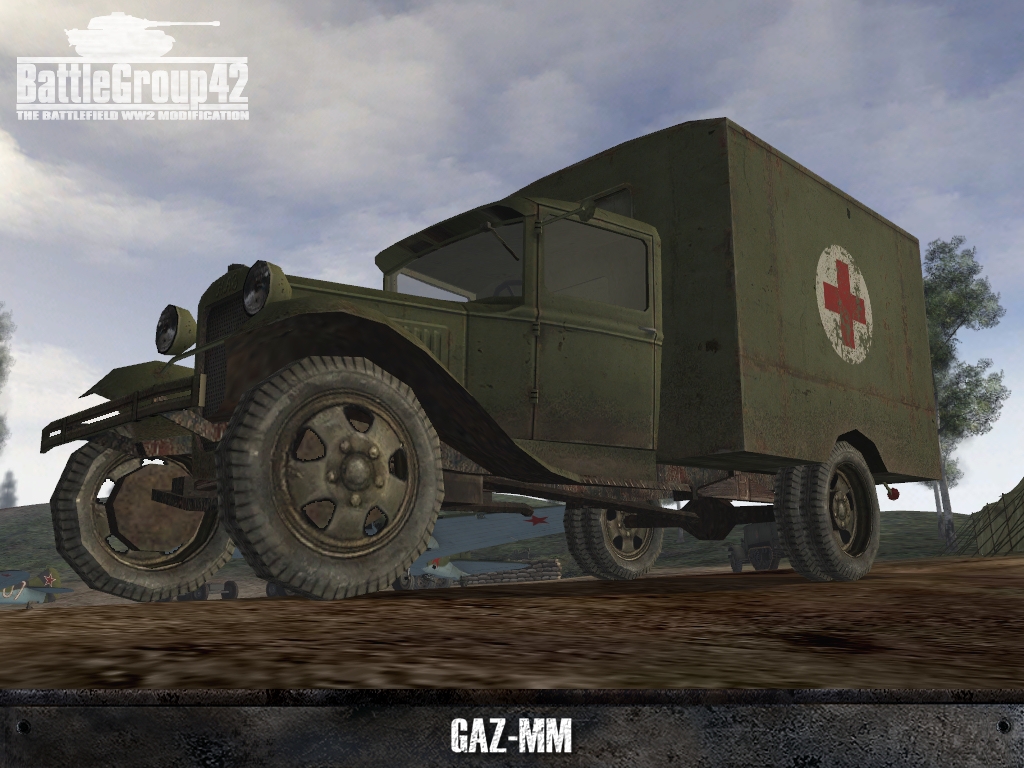 Let's stay with the Red Army for a while and present a replacement: The self-propelled gun SU-76M has been in BG42's arsenal for a very long time now - but the old model no longer met our quality standards. The biggest annoyance was the lack of an open fighting compartment. So you'll surely understand that we were quite happy to be able to replace it with a model from Gauranga featuring an open compartment, and more details as well. 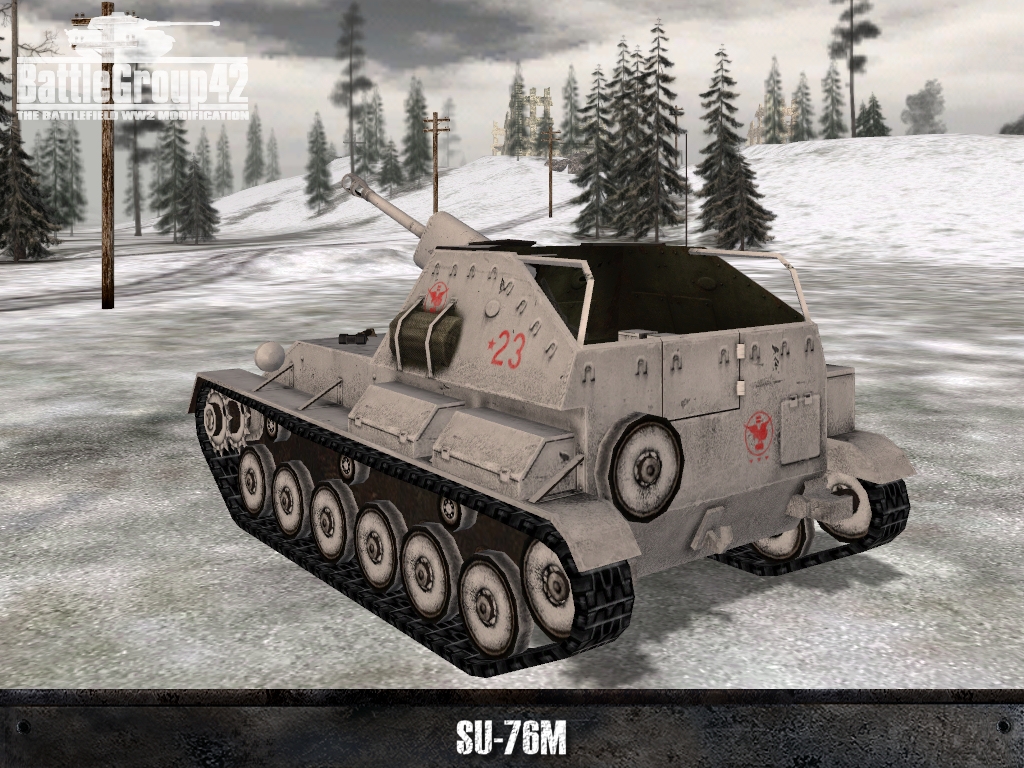 This also applies to our M26 Pershing. The American heavy tank didn't only look very old in comparison to our new Sherman models - it belonged to the "disasters" we only kept in the mod because of their important historical role, despite their severe quality shortcomings. Luckily we were able to replace it with a better model. 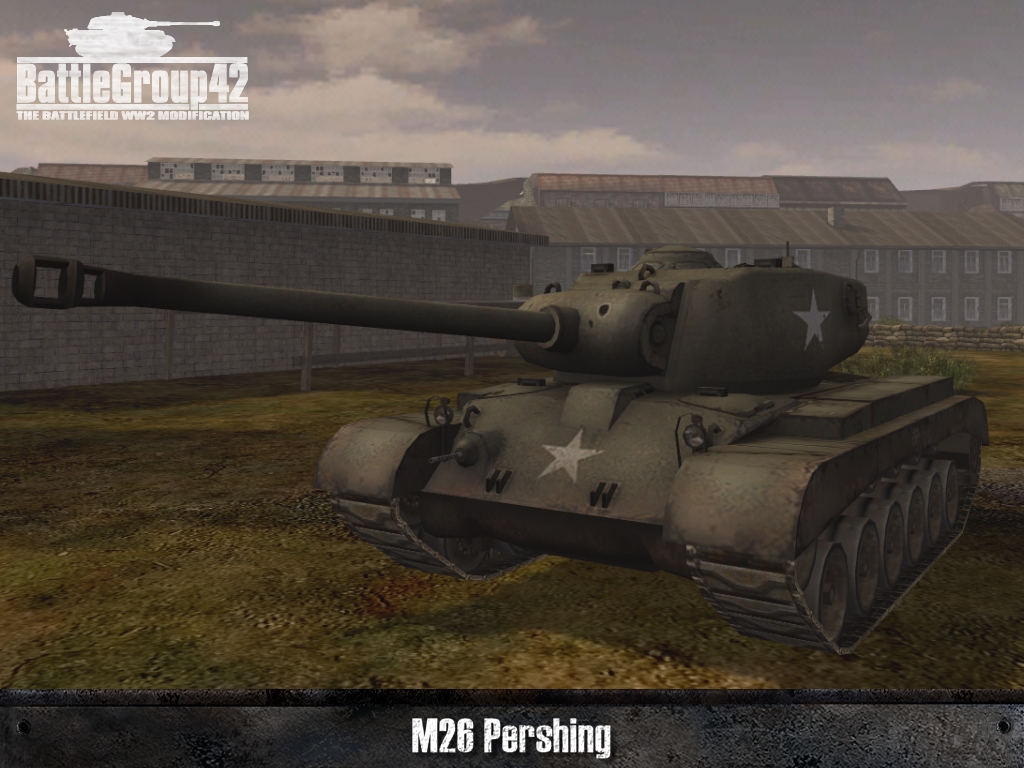 And this concludes the fourth part of big model presentation - a fifth will follow, with a few surprises guaranteed. At the moment we're concentrating on making the next test build available, which will be RC2. Once again we kindly ask our community to download and thoroughly check the current test build (RC1). Please report your findings only in the appropriate topic on the forum of our website - we want to make sure that all bugs will be fixed for our final release. So stay faithful and visit us from time to time on battlegroup42.de!