Hello everyone, here I am for another bi-monthly update. Today I want to discuss a bit about the game development path that you can choose to take in Tech Executive Tycoon. As you know there are currently a number of product types that you can create to sell to your customers. Game development just like the others has its own style of gameplay to go along with it. So let’s talk about a few of the things that cover this path.

Hello everyone, here I am for another bi-monthly update (Please see: Techexecutivetycoon.com). Today I want to discuss a bit about the game development path that you can choose to take in Tech Executive Tycoon. As you know there are currently a number of product types that you can create to sell to your customers. Game development just like the others has its own style of gameplay to go along with it. So let’s talk about a few of the things that cover this path.

When creating a game, you must first consider what genre of game you wish to create. We plan to have a very wide variety of genres to allow you to choose from. Shooters, role playing, strategy, etc., just to name a few. The genres will have an impact in the game as there are fans for each, some more than others. You will have to also consider the popularity of the genre for whatever time period or trends that are currently taking place in the game. This is a good time to say that it will be beneficial to stay up to date on world events in the game.

After selecting the genre, you will need to consider the game engine that you will use to create the game. You will have to choose from a list of currently available engines in the game world, or the game engines you might have created yourself. Later, we will discuss this further. The game engines are a huge part of the process as they determine the max level technology your game can potentially reach. The game developers on your payroll working at the studio(s) will be responsible for making the game reach its full potential. To explain further, a game engine is the key to the full potential that a game can reach in the different aspects of what makes up a game.

Let’s discuss that a bit further. A game will have a few or all of the following to varying degrees: 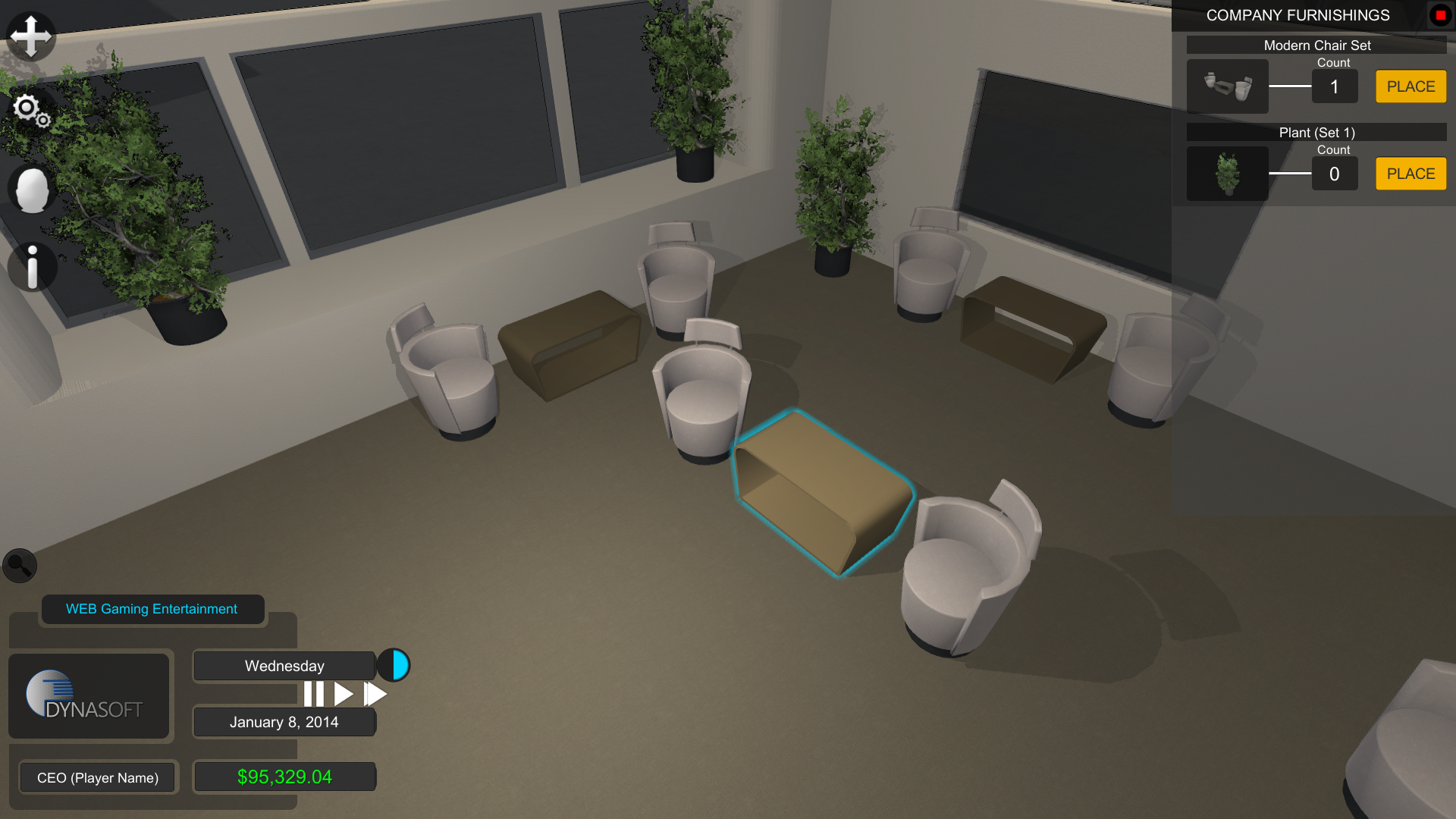 So naturally a game engine has to create the capabilities and framework for the game developers to maximize these areas of the game that they are creating. So here is a near final list of what the
game engines will do/provide to your dev teams in the game:

So as you can imagine, if you have the greatest game development teams using a not so great game engine, they may be able to pull out every bit of potential from it and can make some very, very awesome games, however they will be capped based on the technology limitations present. If on the other hand you give them a next gen game engine, they might be responsible for the next gaming marvel. Now that doesn’t mean you will always need the latest engine to make great games as mentioned above, on the contrary with good developers you can make old game engines create great games. However, the idea is that when or if you decide that you want to push the gaming industry forward technology-wise, making games on older engines will absolutely get in the way of that goal.

How do you create game engines? Well in this game, your game developers (Artists, Animators, Sound engineers, writers and game designers) will NOT be the ones to create them. Your dev team uses the game engine; they do not create them. Your software engineers will be the employees of choice for this task as it is quite the technical undertaking. Whereas game developers are focused on using the tools (game engines) to create great games. So software engineers create productivity software and the coding aspect of game development. In this game—game engines are labeled productivity software and not games. So to reiterate, software engineers are responsible for coding your gameplay for games, so they are indeed completely involved in the game development process. Your game dev roles however are more design focused. Software engineers are your coders across the board from games to all software that you can create in the game. So that means you can have an awesome game idea, with great graphics, animations, environments, sound and story… but horrible gameplay and bugs if your software engineering teams are subpar for the task of bringing it all together. 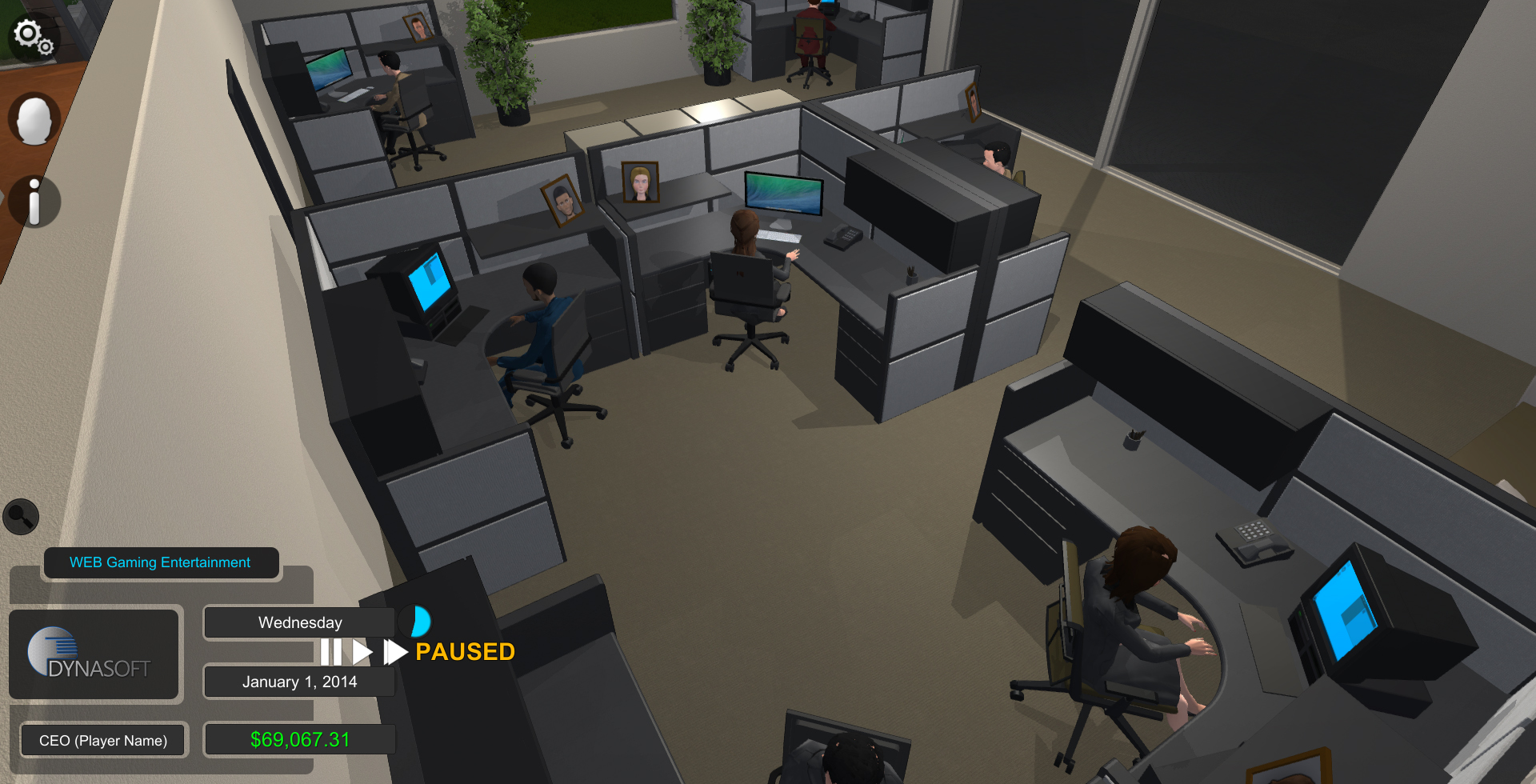 After this your dev team takes over and begins to focus on each aspect of the game being created. The artists that you have hired at the studio you designate to create the game will begin working on the art style you have chosen for the game. So you will still be making all of the choices regarding the development of the game from art style to the sound technology you wish to have. The skill and experience of the team members will be directly tied to the level of quality that is in the final game.

You will have to be mindful of the type of games you wish to create in advance of hiring because not every artist is created equal. So you will have artists who are good at different art styles over others. So if you wish to create a game using pixels over vector art, you might want to hire an artist with those skills and experience. More on this later. 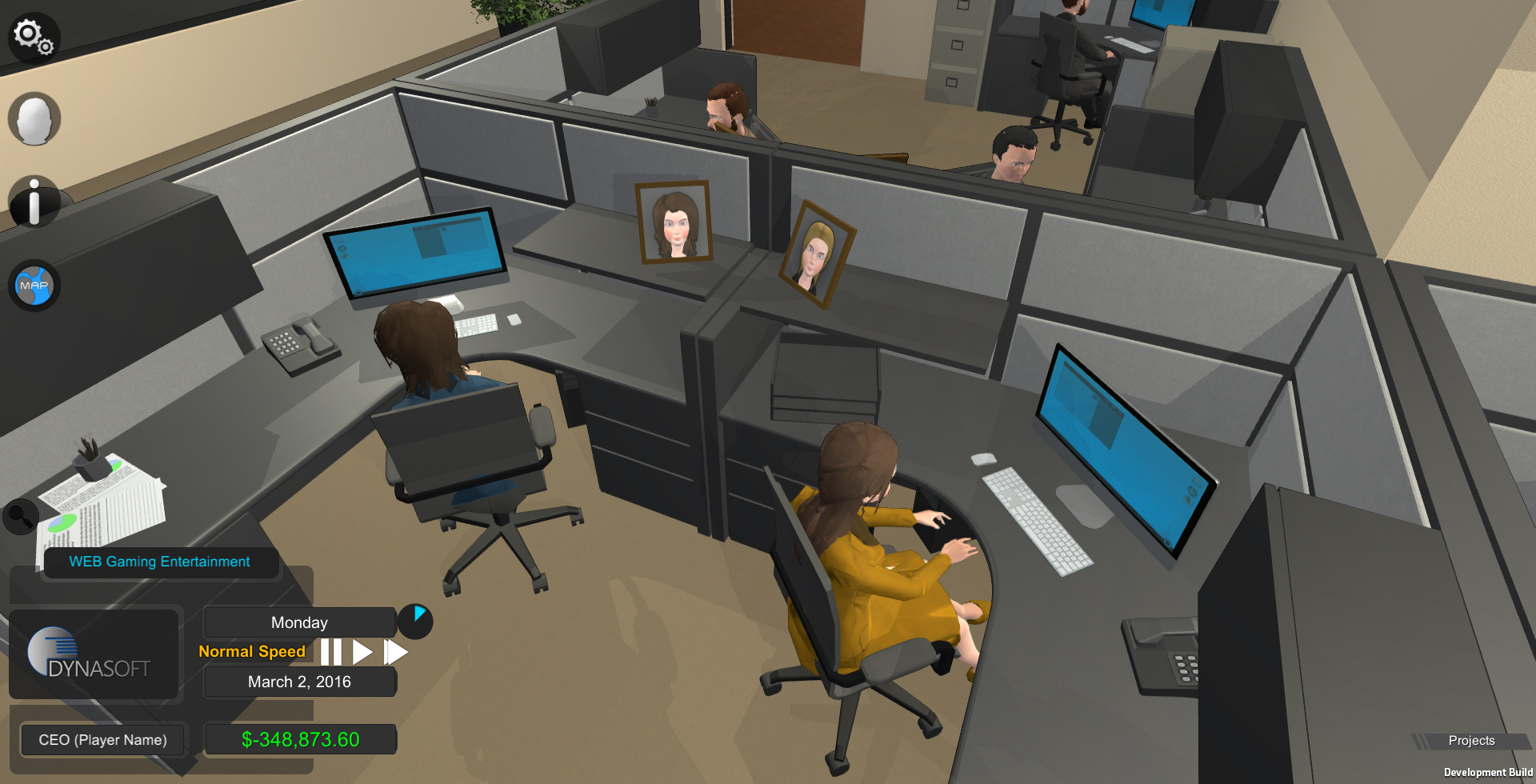 There is more involved but this is a small bit of the process of creating a game in Tech Executive Tycoon. I don’t want to give it all away so we will show more a bit later. As always, thanks for reading!