What you see here is city_test03, a leaked map in the WC Mappack, we've taken some liberties and decided to add some "Beyta maps" to the story line of Beyta Crusher Man 2. The Gasmask citizen you see here is going to be taking up the roles of the zombies. In Beyta Crusher Man 2, Normal Zombies are no longer "Normal", instead they are infected by a new virus made by Dr. Calvin Kleiner, Beyta Researcher who has a doctorate in beyta content. The virus named the "Free TV" Virus has been stolen by the Combine. 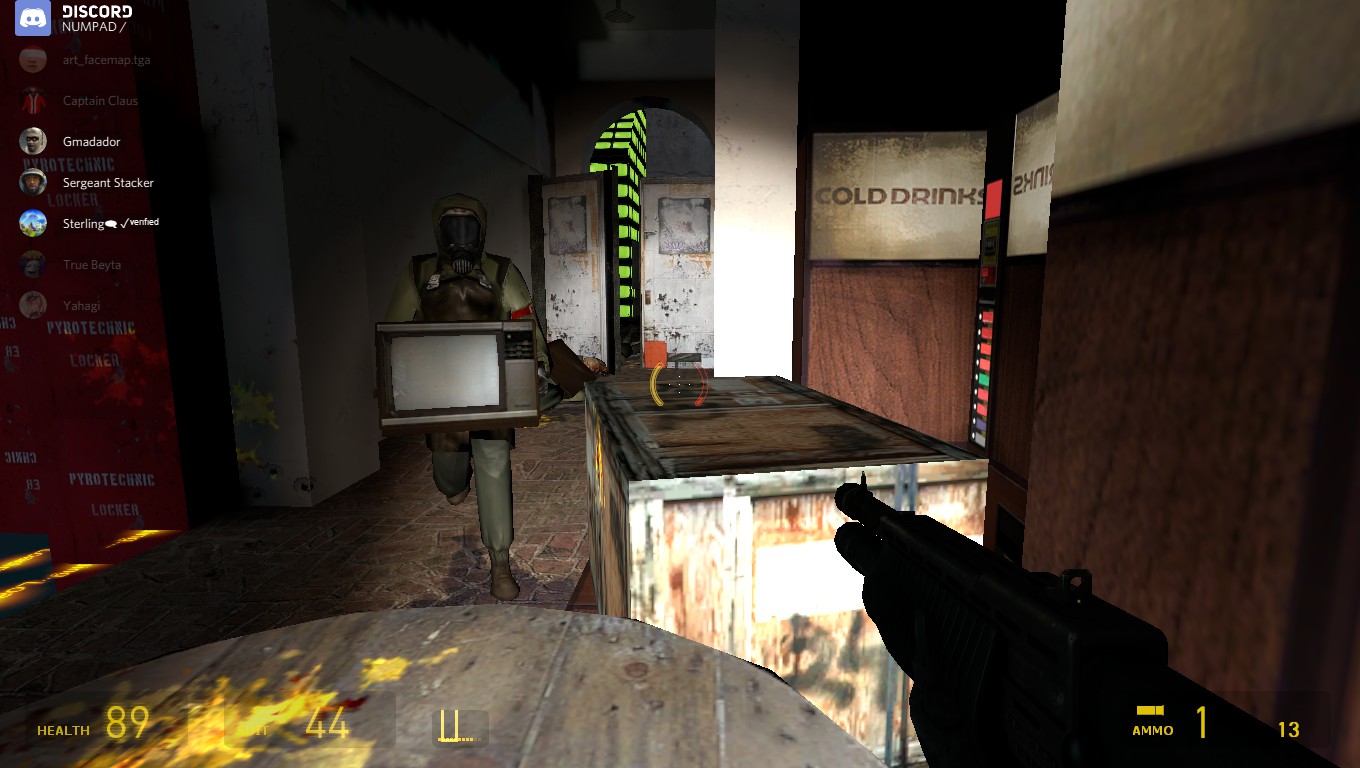