Witchess is a strategy adventure game where a young witch must use spells against = minions to chase and protect Poly, the last Persian cat on planet Hexon. In this iteration, We made the game feel professional by using minimal design for the spells and game text. We also made the game easier easier for players who are new to it and finally, we allow players who don’t have a mouse to change elements by using Q/E instead of scroll 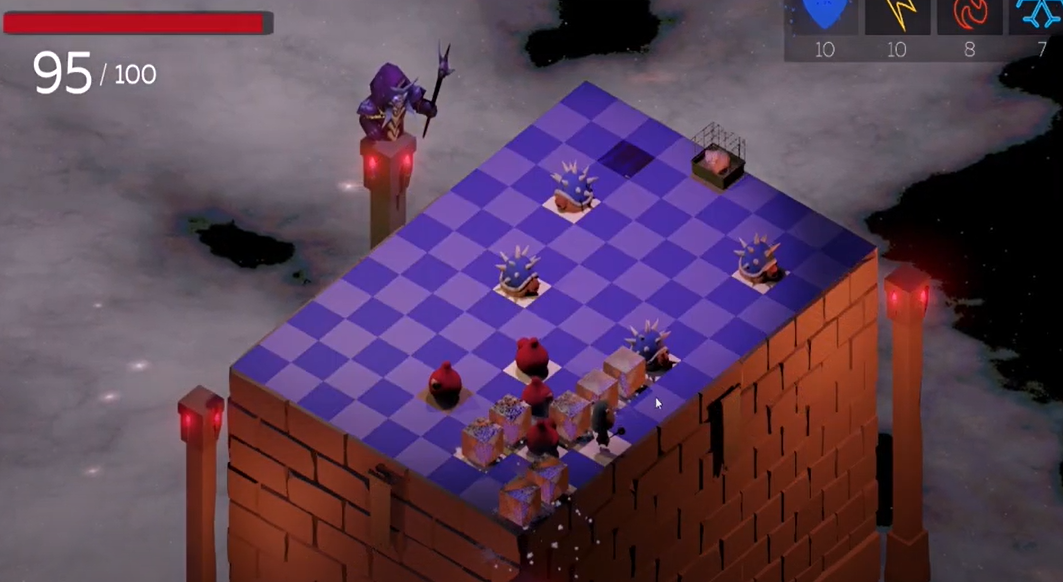 We made a number of significant of UI to changes to juice up the game. We picked a minimal aesthetic. This includes

Finally we choose the chic minimal font for our UI text

In order to capture the true essence of the story, we added a character for the ice master - the person who is summoning poly, the cat. We made battling him the final level of the game in order to retrieve poly the cat. This level also has different music to provide the needed tensions

Although we had built a game that could keep players engaged for hours. We were limited by the need to provide a complete experience in 10 minutes. We made a number of changes to make this possible.

In order to make the game accessible to those without a mouse, we allow players to switch elements by using the Q/E keys