This patch brings a major overhaul to the mission system - in particular the spawn behaviour of enemy fleets. 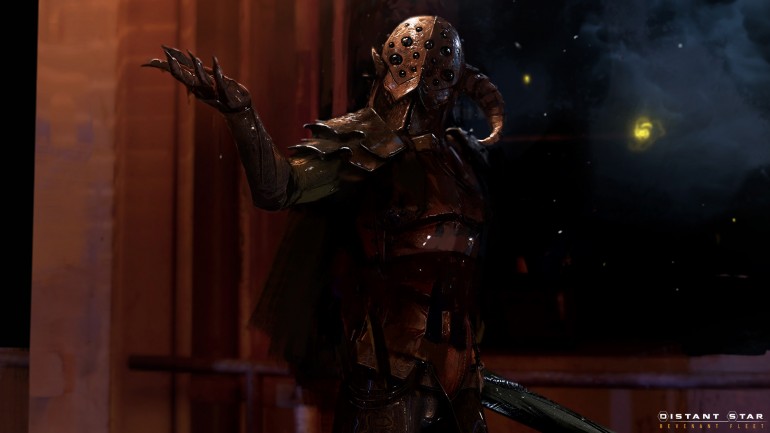 With this update we roll out an overhaul to the mission system which makes substantial changes to how missions work and improves the flow and pace of the game.

There were a number of issues we wanted to resolve with these changes and we’d like to go through them here and talk about how we addressed them.

Missions are too long. Feedback from a lot of players noted that some missions went on for too long – perhaps there were too many waves or encounters which meant some missions could go on for 30 minutes or so. This was longer than intended and with today’s changes missions should take between 5 and 15 minutes.

Enemy spawns are predictable. Another common point raised and again, something we wanted to improve upon. Knowing that an enemy fleet will spawn at a certain point or at certain intervals stops being fun after a while, so we’ve changed this. We’ve done two things to resolve this – reduce the number of triggered enemies in each map and also changed the behaviour of triggered fleets. They are less likely to spawn near your fleet than they were but they can now spawn elsewhere on the map (and either move to attack you or wait for you to come to them). 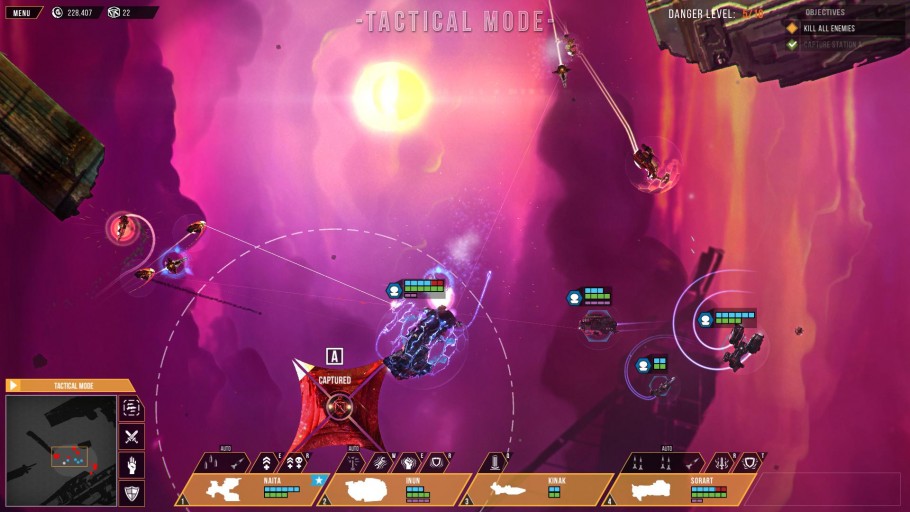 Multi-spawns are a problem. Many players would trigger a second (or even a third, fourth and fifth!) fleet of enemies when attempting to avoid or flee from the first spawn. This would create way too many enemy ships to handle at once, which can be an inconvenience if you’re trying to save the galaxy. As of today, most trigger points won’t spawn additional fleets if you are in combat which should resolve most situations where multi-spawns occur and will also allow you to explore the maps a bit more. In missions where there are multiple objectives, these changes should greatly improve the odds that players will be able to achieve those objectives as there will be less trigger spawns en-route.

Mission rewards don’t reflect difficulty. We’ve improved the rewards system which will scale both credit rewards and experience gained based on the difficulty of the mission.

“Over the last few weeks we’ve been overhauling the way our maps are built and the way enemies are encountered within them. This has given us a chance to respond to an area of the game that has received a lot of player feedback – ‘pacing’.

First off, we’ve made things less predictable and less repetitive. Encounters that occurred every time, such as enemies spawning in on a capture objective, now occur on a chance-based basis. You’re not going to be sure when these suckers are going to turn up now…

We’ve also adjusted how enemy ships spawn in. Instead of continually dropping in on top of you, ships can now be encountered lurking the environment or patrolling around. Ships that do spawn in, should do so at a more comfortable range so you can maintain your formation (though not always).

Endless waves have been toned down, as well as the number of coincident spawns. Now you should be able to get your breath back between encounters, and not get unfairly overwhelmed. You may even be able to wander along for a while without anything trying to kill you.

Though of course, the enemy won’t always play fair – they are Orthani, after all.

Ambushes should now more often play out as a single-wave encounter but not always, while Defence missions feature less wave-ed-ness.

Pulling everything apart and rebuilding it will likely have caused a few bugs, but we feel the rolling presentation of encounters and the general pacing has been greatly improved. Of course, if things have gone too easy, we can always dial the pain back up again – so let us know how you get on.

Leave us a sub-space transmission on the Forum. The usual encryption idents should suffice.