I've often been asked about when we plan on declaring beta. Hopefully, this article should answer some of those questions. 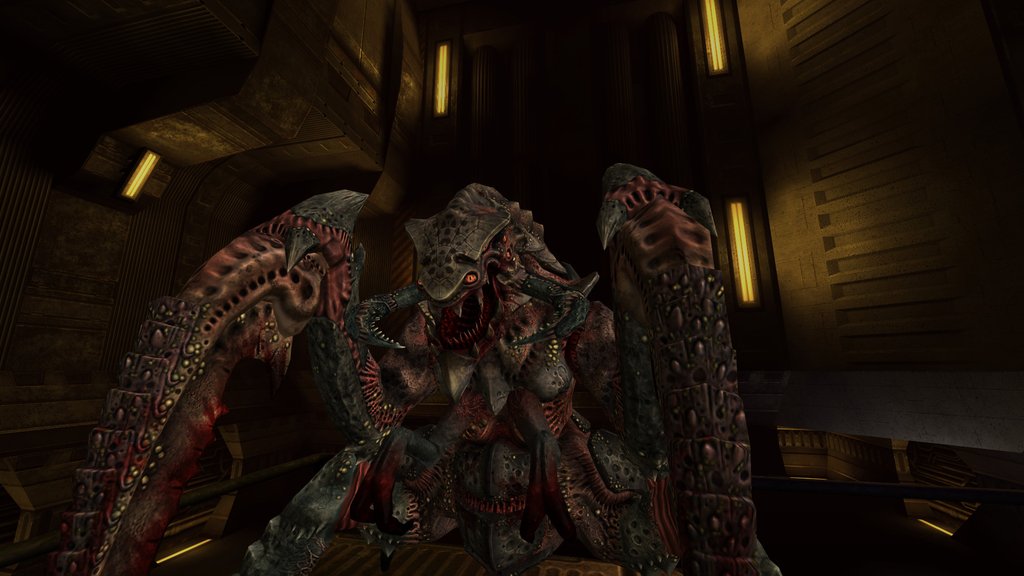 I've often been asked about when we plan on declaring beta. Hopefully, this article should answer some of those questions.

We've been involved with development for more than a year now, and we're in the process of working on our tenth alpha release. Each release has built upon those that came before them, providing the community with new content and features. Once we hit the anniversary of our very first release, we'll have twelve monthly alpha releases to look back upon, each of which has further defined us as a game. The amount of work that has gone into this project is staggering, and what makes it more impressive is that we've accomplished all of this in our free time, working as a team of hobbyists and professionals with the intent of making something truly great.

Of course, we can't stay in the alpha phase forever. When it's time to do so, we'll announce that we've passed alpha and will declare that we've reached beta. We haven't planned that far ahead just yet, but we do have a consensus on the three conditions needed to declare beta, listed below.

I. Creating our own set of maps.

The beta version of Unvanquished will ship with approximately 5-6 of its own maps, and possibly more if we find ourselves inspired enough to create more of them. Of course, at that point we will no longer be distributing any of the old Tremulous maps. Since the format will still be the same, those that choose to do so can continue to play on the old Tremulous maps, but we will no longer be including them with our releases. Instead, we will be packaging much more higher-quality maps that take full advantage of our engine features, including bump mapping.

Some examples of our default maps can be found in maps we've already released, such as Plat23, Thunder, and Parpax. In addition, we have two other maps in development, one of which is Yocto by Pevel, and an unnamed medical facility by Zack from the Warsow project. Thus, we have five maps so far, and they will continue to be improved upon as we make successive releases. Since we're already approaching the threshold for this condition to be fulfilled, you can expect to see the core of Unvanquished's default maps to be ready sometime next year.

II. Replacing all of the Tremulous assets.

For this condition, we'll need to replace all of the Tremulous artwork that we've inherited. Naturally, the first thing that comes to mind would be the models, which we've been replacing with each of our releases. Of course, we'll need to redo all of the sounds as well, both for players and ambient effects. We'll also need to create our own set of map textures for mappers to use, since the texture set in Tremulous is of a much lower resolution than we'd like. Lastly, even the more subtle things like explosion and gib effects need to be completely redone.

So far, we're very close to having early versions of all the new human weapons, and once we have them all in-game, we'll continue to refine them. The human player model is present, but his animations are still being worked on, and we'll have to make a separate model for the battlesuit, jetpack, and battery pack. Alien player models will take a bit more time, since we need to replace our preliminary models for the basilisk, marauder, and dragoon, but we've already been working on concepts for the basilisk and marauder, and an early marauder model is in the works. Most human buildings are still in the concept stages, but the alien buildings are slowly reaching completion, and will likely be finished before their human counterparts.

III. Stabilization of the engine and its features.

Beyond maps and artwork, we also have to work on the engine. While it's already in a stable state in the sense that you can play it without any major issues, there are many features that we plan on adding, and as they're progressively implemented, they might cause some breakage or temporary incompatibility. Being in the alpha state, we're also free to remove things on a whim, or change the libraries needed to compile the game with. Over the course of alpha, we can make wide, sweeping changes to the codebase where necessary. During beta, that may still happen if we'd really like to implement something, but it will be much less frequent.

By the time we complete this condition for beta, we'll likely have quite a few things implemented, some of which might include support for new file formats such as WebP and IQM, new gameplay features such as a minimap, and changes to integral parts of the engine, like the UI system. We're still in the process of coming up with a list of things we'd like to implement, so we'll likely be reaching this condition last. By the point we're done with them, the other two conditions will likely have been met, and we can safely declare that we've reached beta.

Thus, by my own estimates, I would guess that we'd reach beta sometime during 2015, but depending on how things go, we can reach it earlier or later, since it's still too early to come up with a proper prediction. We may find ourselves finishing features faster than expected, or we might find something new we'd like to implement. In either case, we'll still be working on something I haven't mentioned in the previous three conditions, and that would be gameplay. Gameplay is not tied to the alpha or beta release cycle, and we'll continue to make gameplay changes over both stages. At the moment, we're still working on a broad, coherent plan for what we'd like to do to the game itself, but once we've finalized it, the implementation wouldn't take very long compared to some of the other aspects of development. You'll then be able to play through our experimental changes, and as feedback continues, we'll have a more solid idea of what to do.

Feel free to ask questions if you have them!