Hey everyone! Welcome to the second segment of news updates that outline just how awesome the game will be once Beta lands!

Posted by TheConjurersTower on Jun 6th, 2013

Last time we talked about the Unit and Army systems and how all that stuff works, if that doesn't sound familiar to you then you might want to check that out over here; (LINK TO PART 1). After playtesting those systems while re-building the rest of the game I really love how they are coming together. This time around however, we'll be talking about the new Recruitment systems and how the AI will be acting, both of which are super exciting too!

First, we'll cover Recruitment. As most of you may know, in SoTE you'd build a structure and that structure would then unlock new units that you can recruit from the Keep, much the same way as many other games in the genre. However, often enough this would cause many problems for players in the early game since the RPS system has such a pronounced impact on the outcome of a battle and players would routinely face enemy units that we're resistant or had an advantage over their units. The new system crushes this problem entirely, now units are 'Tier Based' instead of 'Structure Based', this means that since you start out with a Timberhewn Keep, you have access to all Timberhewn units, and when you upgrade the Keep to Stoneborne, all of those units are unlocked as well, and so on... 'But what about all the structures?' I may hear you ask, the structures still play a vital role in recruitment because recruiting units without their corresponding structure has certain disadvantages. First, you pay more for units that don't have their structure built, twice as much to be exact, and second these units begin at Level 1. Without going into to much detail on the new battle systems (that's for the next segment) unit abilities don't unlock until level 3 and 6 for their first and second ability (respectively), recruiting a unit that does have it's structure built in the Enclave begins at Level 3, with higher stats and access to it's first ability. So the new system causes structures to make units much cheaper and much stronger, while still allowing players to fill holes in their troop roster and combat enemy units without to much of a disadvantage. 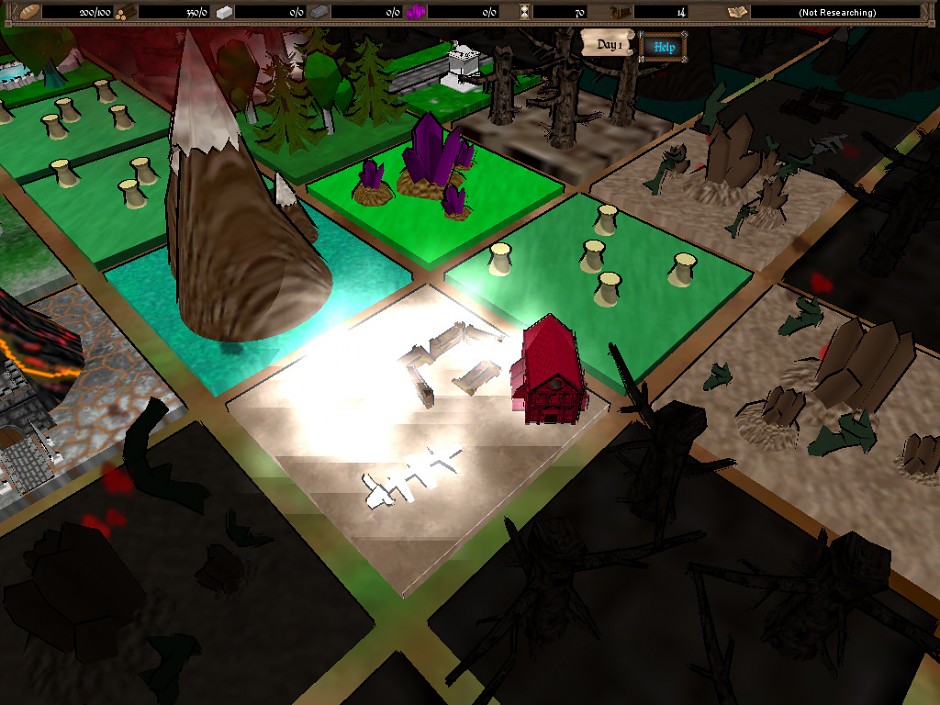 Next is the new AI! Many have complained that the game is overly aggressive, this is due mainly to how the AI generated and commanded their forces; any tile that was 'corrupt' had the chance of just spawning a stack of enemies, and then that stack would randomly attack any nearby friendlies without even diminishing it's forces (it would just drop a duplicate army next to it). This system was a quick 'placeholder' mechanic I threw together while building the game, and is at last no more. The new Army system has given me a wonderful foundation upon which to build an interesting and challenging AI, since units are now arrayed together into distinct groups. AI 'Armies' now spawn on their numerous Barracks tiles scattered throughout the map, their max strength to be determined by their current 'aggro', while their armies stand on their Barracks they receive new units each turn and their wounded recover HP, and if an army has received sufficient beating that army will attempt to withdraw to one of these tiles to lick their wounds. Furthermore, enemy armies come in various 'flavors' with a set of goals they will attempt to achieve once they have been spawned, whether this goal is to wander around the map killing anything that comes in range, or searching for friendly tiles to corrupt, or maybe something more sinister and purposeful like laying siege to one of the players strongholds (like the Enclave!). So finding and killing enemy Barracks will now be more important as it will severely hamper the enemies ability to spawn new armies and heal existing ones. Towers will also act as refuge points and they will maintain their residing Villains' bodyguard, another point of good news; sieges can't just 'pop up' with an enemy army charging halfway across the map and through 4-6 friendly tiles with tons of tough troops, now they have to walk through just like one of your armies. (I may add 'Siege Ambushes' because they were kind of fun, never knowing when the enemy would just show up at your doorstep, but that would be for a future update). 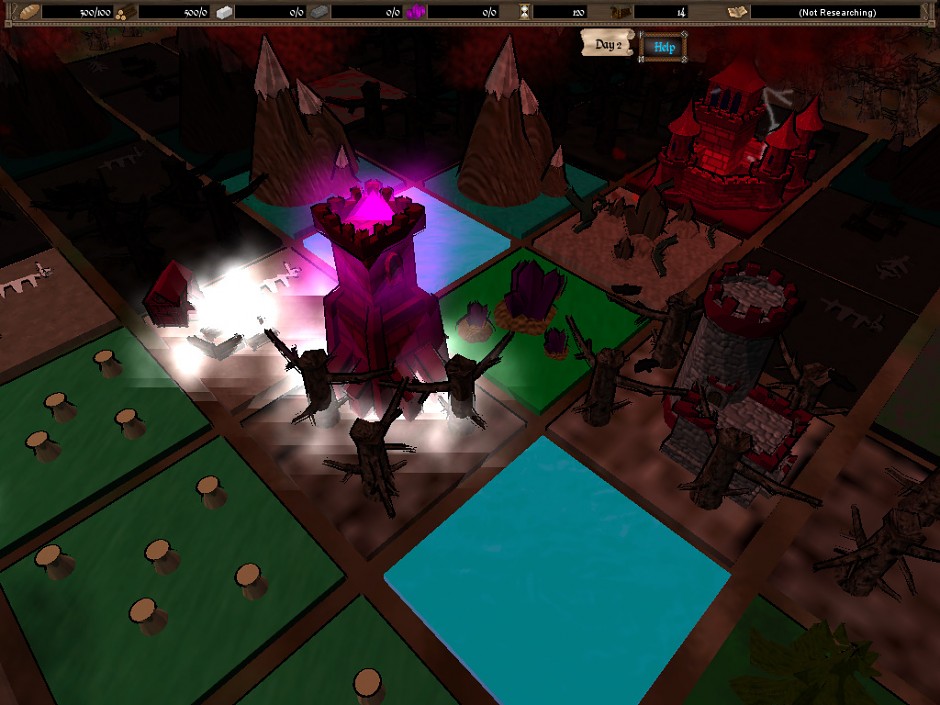 That pretty much does it for this segment, I'd also like to let you all know that the past couple days have at last seen the game 're-assembled', since I took out core systems back in April the development build has been unplayable, but now the game is back together with the primary systems re-forged and running semi-smoothly. I'm going to add a few more features and balance/polish/bugfix all the new systems extensively to attempt to make the Beta update the smoothest and most intuitive build to date! (So wish me luck!) The next segment of Beta' Be Prepared For Beta will discuss the most epic feature yet; the new battle system, and I'll be recording and uploading a video example of it because words just won't do it justice, so stay tuned!

Thanks for reading, take care until next time!
~ Heftig