The latest build of indie role playing game Legionwood 2 has been released on IndieDB, adding the entire second episode to the game along with several well needed bug fixes.

It's been a long time coming, but the latest release of Legionwood 2 is finally online. I fully intended for it to be out a couple of days ago, but due to all the new graphics and sound files I've added to this release it ended up having a massive file size and was taking literally forever to upload.

In any case, this new release adds the second half of Act II: Aftermath and Alliance to the game, along with a whole bunch of small additions, tweaks and bug fixes to existing content. Battles flow much more smoothly now and several of the class combinations that were too similar in previous builds have been considerably reworked. All up, there's about 11 hours or so of gameplay in this release, and plenty of branching storylines and morality dependent events to experience.

Players who'd like to continue their save files from the previous build can do so by copying and pasting their saves into the game folder. Beta 4.0 will detect older save files and run some brief calibrations to make them compatible with the updated scripts when the save is first loaded. On the other hand, those who'd like to start again from the beginning will find a handful of new surprises to behold, but I won't spoil them here.

The new release can be downloaded for free here.

Finally, here are a handful of screenshots that show off some of the new areas: 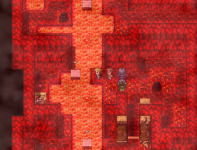 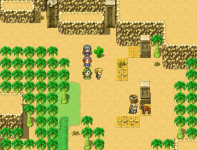 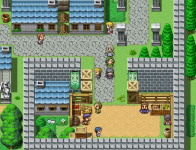 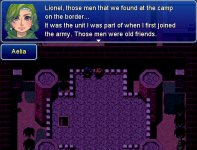