Posted by ThePrussianMink on Sep 4th, 2021

The second beta of the mod is now released. To my knowledge, everything is working fine, but I haven't tried every race extensively. Make sure to leave feedback if you find something that isn't working properly! One thing that you should be on the lookout for is abilities that are missing, this can happen for some units if two abilities occupy the same button due to how things are set up in taskbar.lua. 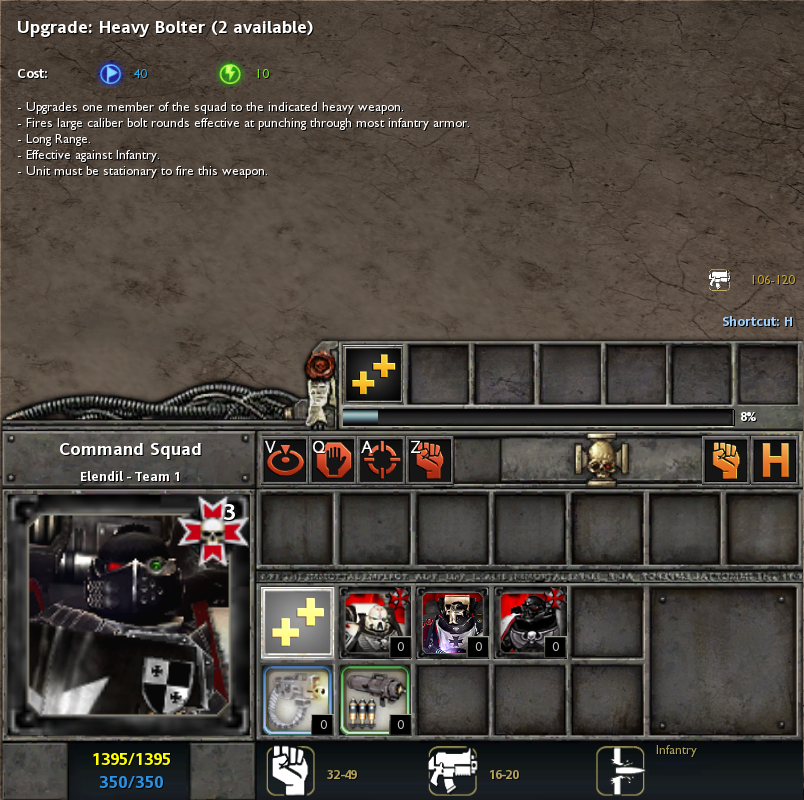 - Made changes to the stats area of the UI to make it more spacious (very important if you're not playing the game above 1080p). Thanks to ziro7745 for reminding me to consider resolutions lower than what I'm using.
- Made changes to unit title card to to ensure that text doesn't overlap
- Added upgrade damage number in tooltip
- New icon for World Eaters commander cap
- New icon for advanced structures
- Moved advanced build button to "Reinforce" for most factions.
- Moved basic build button to "AbilityIcon01" for most races. (This required some minor edits to FreeUI for Necrons and Adeptus Mechanicus.)
- Multileader reinforce buttons now properly shows numbers.
- Weapon upgrades for some Black Templar units no longer appear twice.
- Fixed issue where infantry and vehicle cap could overlap in tooltips. Thanks to Caldaris94 for reporting this issue!
- Corrected the size of Greater Daemon, and Tyranid support cap icons in tooltips.
- Fixed issue where Gretchin Squads could not reinforce.

Other things to note