Beta 1.0 Features only the core components of the game that is to come.

Unreal Tactics is a turn based tactics modification for Unreal Tournament 3, in which you take control a security detail in the employment of the Liandri, Axon, or Izanagi Corporations as they attempt to harvest rare ores from a frozen ice planet.

Beta 1.0 Features only the core components of the game that is to come. The current features are 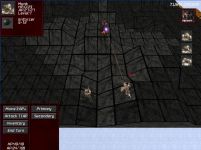 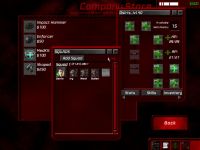 why would you need it, when you can simply register your key on steam?

I can't very well register my key on Steam if I don't know where my key is hm?

What's funny is, I can't remember ever losing another game like this. I have no idea where it is at all because I could have sworn it was on the shelf next to my computer as that's where I'd seen it for the longest time, but when I needed to re install it I couldn't find it.

If you've lost your key you can buy another from a site like Directgamekeys.com

He needs it to install the game numb-nuts. It doesn't require a disk to play retail either.

Steam is a process whoring waste of CPU for something as magnificent as Unreal.

Yeah, I agree. Steam barely uses up any resources now. It's funny how some people base all their decisions on older versions of software.

Will this be ported to the PS3 version or will it stay PC exclusive?