Welcome to part two of this multi-part series. Since the last one was a little too simple, I'm going to turn it up a knotch with this one, seeing as you guys have your feet wet =)

Welcome to part two of this multi-part series.

Since the last one was a little too simple, I'm going to turn it up a knotch with this one, seeing as you guys have your feet wet =)

First on the list is beta tester Redstar's findings on the grenade throwing delay:

When you throw a nade there's a delay between the moment you click on your mouse and the moment the nade is thrown*. I think you noticed that this delay (in csp 1.04) is a little bit too long in comparison of its behaviour in CS 1.6 , and it really affects the gameplay .

I did some testing, here are the results:

I timed the delay between the moment I clicked on my mouse (without keeping the button pressed) and the moment the nade was thrown.

After that, I threw the 4 nades one after the other:

As you can see there's a difference and it is significant in-game, that's why I think it should definitely be tweaked!

Does he use a hand held stopwatch?

Is he FRAPS-ing the whole thing at high FPS and using video editing programs?

The world may never know. But its probably one of those two things I said. :lol:

So anyway, this sat quietly, minding its own business on our official internal beta thread, for a few weeks.

Little did we know amogan, coder extraordinaire, had made this a priority because he found it important too.

As usual I have permission to share with you guys that as of this internal beta, all nade/flash/smoke throwing delays and animations have been hardcoded to match 1.6 values exactly.

We can't get over it, if you're fast enough you can whip nades and flashes at a very good clip now. Just as you should be able to. It might seem minor, but in game its strikingly different and greatly enhances the 1.6 feel.

Another thing very high on the priority list was the weapon/bomb throwing. I'll share with you guys my original post on the beta testing thread about this issue:


Is there anything that can be done about the Velocity/Speed/Strength with which weapons are dropped? Passing weapons to other players is impossible as of now.

In 1.6 you look at your own feet for a huge boost in distance. The amount of distance is inversely related to the amount of downward view angle. Although this may seem to not make sense, in buy freezetime in 1.6 you cannot jump or move, so its a perfect way to make long distance tosses of the bomb or weapons. Its a skill players must develop and gives the game added depth.

In CS:S the only way to make long distance tosses is by looking at the sky and making a running jump at the same time. Then the players momentum is applied to his jumping toss, but in CS:S you can't move in freezetime. So his mechanic is totally stupid and not well thought out, although in theory it seems to make more sense when you consider the physics involved and maybe realism.

In CSP we can jump in place during freezetime, so, in my opinion there's essentially two options here.

Treat weapon tossing the same as 1.6 with the downward via angle increasing velocity, or perhaps make it where the more of the sky you look at the greater the velocity and higher angle trajectory, but when I say that I mean the ability to actually reach far off spawns with it.

Either way the CS:S mechanic will not work, because a stationary player needs a way to toss his weapon or the bomb to far off spawned teammates for competitive play.

Lastly, the animations don't scale well above 60FPS at all. On my CRT I play @150hz/150fps and those weapon toss animations look like a flip book, even if I lower both to 101. With Vsync on they seem a bit smoother to me, but others have said they aren't noticing any difference.


Again, this sat in the thread, minding its own business and again mizzack surprised us with both a fix, video of it, and information on how it will work:

So basically you can choose if you'd like upward or downward view angle be what determines the length of your toss. The default is obviously set to "1" which will mimic the 1.6 behavior.

He also lowered the pickup time threshold to 500 milliseconds from 1250, so weapon/bomb pickup should be much faster as well. It is even possible to "cycle run" with multiple primary weapons, as you should be able to.

Also, he removed the stupid weapon rolling physics and made many other optimizations. It looks awesome, here is a video we got permission to share, I had Redstar put it on his youtube to make it easier:

Another issue very important to nitr0us was the amount of damage HE nades dealt, here is some of his homework on this subject:

What happened: I made a grenade testing map (small preview in image header) to test the maximum blast radius damages, and the damages of each. It's up to you devs or smart people to find out a mathematical function to apply this to the game :]

About the map: The map (for 1.6) consisted of markings on the floor in increments of 10 game units. Large bars represented 100 units. Grenades are placed throughout the map with functional buy zones and respawning health packs.

The Information: NO ARMOR 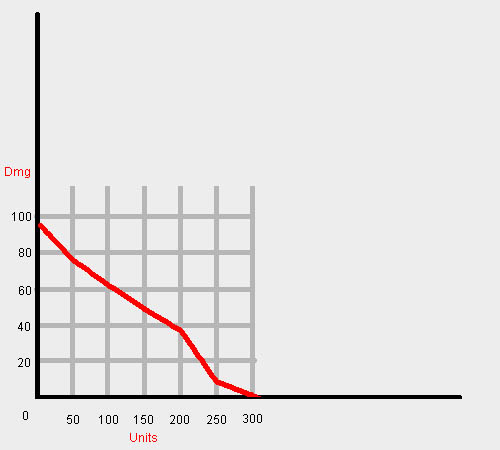 The Information: WITH ARMOR 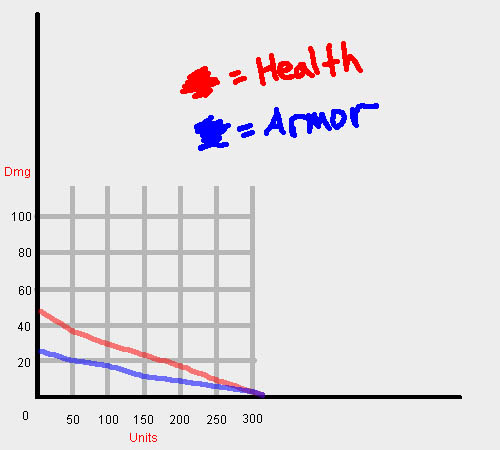 Same results with HEAD ARMOR as with just ARMOR.


Again this is pretty close to spot on in internal beta, and was well worth the effort. Might still be tweaked a bit more, but this information proved very valuable for the coders.

Aside from feature requests, another less exciting part of beta testing is bug hunting. We spend hours looking for ways to make the server crash, the client to give some kind of error, or ways to exploit the maps that the author didn't intend.

One major issue we stumbled across was a velocity based boosting exploit, that actually had 3 different variations.

What basically happens here is, the momentum of one object was being applied to another at the moment he would press jump, and it would allow him to reach unnatural heights.

The three methods for accomplishing this were:

smartin on bottom esK on top, just the way they like it.

this was actually brainkiller's specialty, he was the only one who could nail this on the first try anytime we asked.

j0lt is abusing this on his dev map to reach a platform that should be WAY out of reach. ;)

To better explain I had Redstar upload the Fraps recording to youtube. Sorry the video quality isn't the greatest:

As you would expect, these exploits have been dealt with and are no longer possible.

Well, I hope I included enough info in this one :)

We are working very hard to make this version of CS the players choice in the future.

Please share this with a friend if you are as excited as we are about the future of this game, and I thank you for reading.

super awsome cant wait till the website comes out tomorow

We're going to launch midnight eastern. Toying with earlier. Thanks for your interest :D