There will be aseries of chapters explaining how we ported a mobile game to PC at an artist level. It went from kids game to an adult game just modifying the original game.

Let me introduce myself. It's Jaime here, the main guy behind KaleidoGames. I develop adictive arcade games, I spend most of the development time (over 50%) just to make it fun but I normally do it all. Except, when sometimes I look for external professionals to help me build the game's music and art. Plus I really thank my friends to help me out with testing...

A few months ago, I ended developing Vortex Attack for Steam, it has been quite a success for me: It had around 3500 people getting the game. The game was created for a really small niche group of players that enjoyed Galaga-ish games back in the day. The game is tournament / hi-scores based and it is well balanced. People enjoy it and get really addicted to the game. Some players unexpectedly have played over 200hours.

A few years ago, I developed another shooter (shmup) game that was quite a lot of fun too, but it was our first game and I made lots and lots of mistakes. That game was called Beekyr: Eco shoot'em up , it was designed with a kids theme theme but for hardcore players and that, obviously, didn't work economically, But the game has over 16.000 downloads (still active) in the Android's Google Store alone.

Recently I started fixing that game into something a lot more cool (adult) with lots of new features. I started thinking what was missing or wrong about that first Beekyr. A few weeks after tweaking some bits, I decided to have a full redesign as I got offered to place it into Steam. So I decided to start redesigning the cover, which was the most childish part of the game. 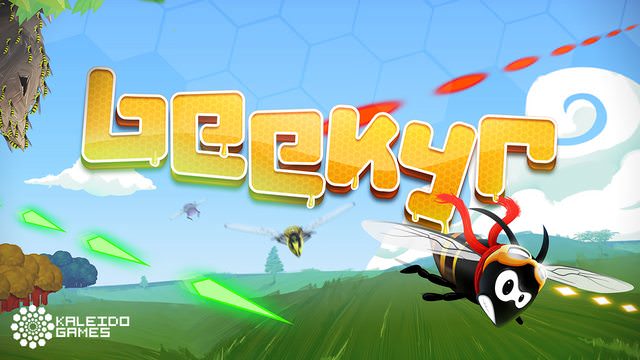 I tried something more aggressive but main character was was still quite infantile: 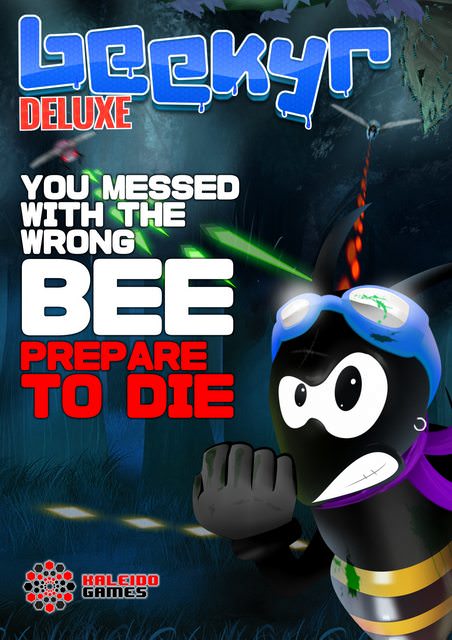 And finally we came up with this last design and a renewed character and layout, I needed an external artist to get this new bee designed: 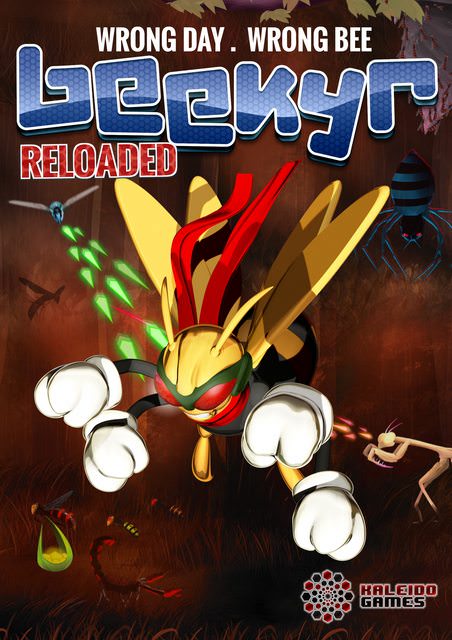 This is just the beginning. Next steps are about updating the gameplay to make it a lot more playable and more for teenagers...

*This blog posts were written a few weeks ago when I was working on these things. Recently I worked on them again so I think it was a nice time to start adding those posts with the latest assets.