Beautiful Doom 6.1.3 is finally out after a long break.

There's a new version out and also a new trailer!

Mind you, starting with this version there are two different versions of the mod, one for (G)ZDoom and another for Zandronum. Unfortunately, even the development version of Zandronum currently doesn't support some of the features used in the mod (although they're mostly cosmetic).

Please note, this version requires either GZDoom 2.1.1 or Zandronum 3.0. It won't work on older versions. (In fact, it never worked on non-development versions of Zandronum, and as for GZDoom, its 1.x generation is now officially discontinued by the developers.) I also do not guarantee that it'll work properly in ZDoom because it's not initially designed for it, but it should.

Here's a new trailer for you. (Well, it's not really new, rather an updated version of the old trailer, but still.)

And say hello to the kick: finally a decent alternative attack for Enhanced Fist! 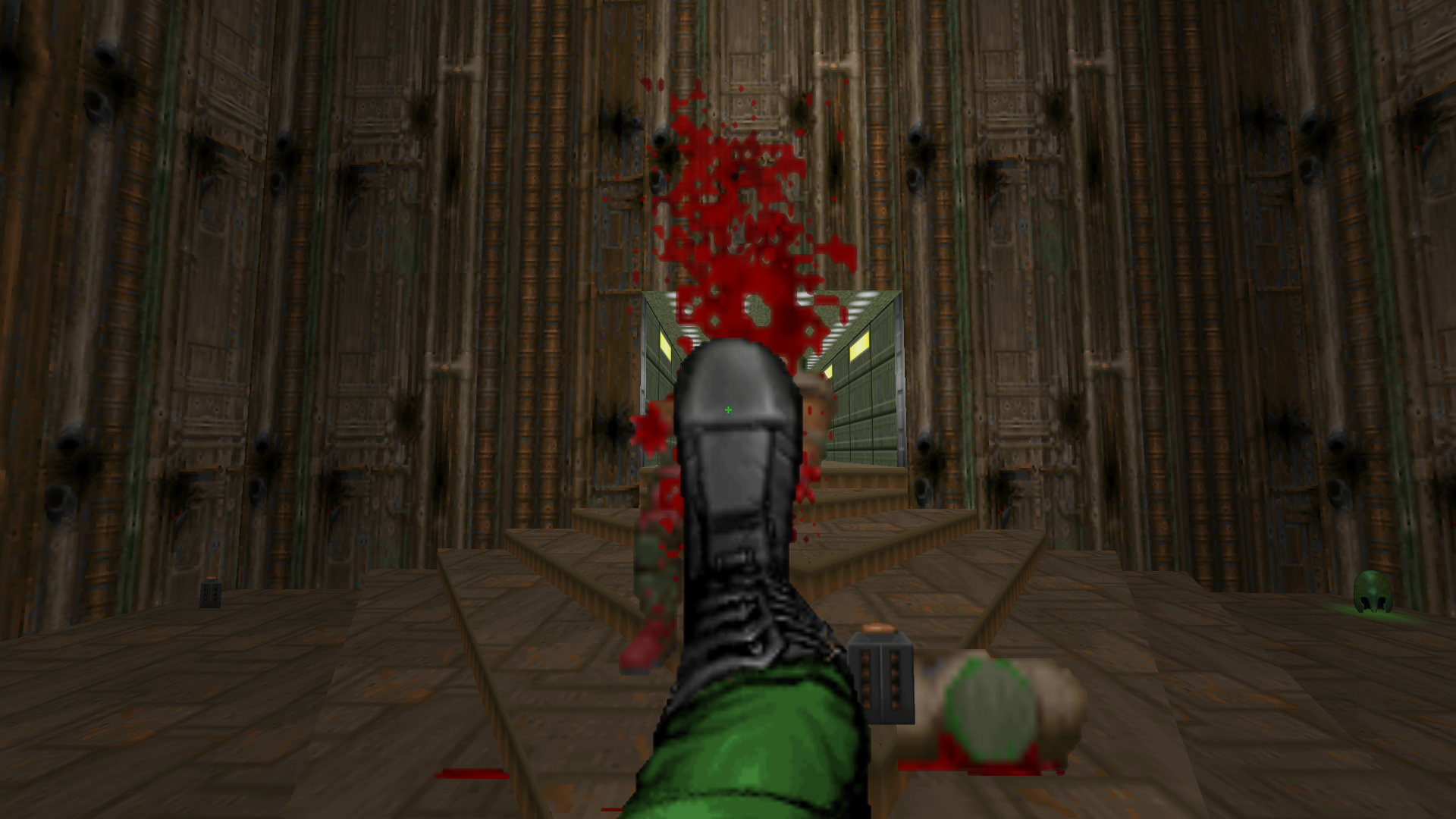 The basic HUD has been changed: the face is removed (as much as I liked it, it simply didn't work). But I added a fullscreen HUD that has a face as a health indicator. 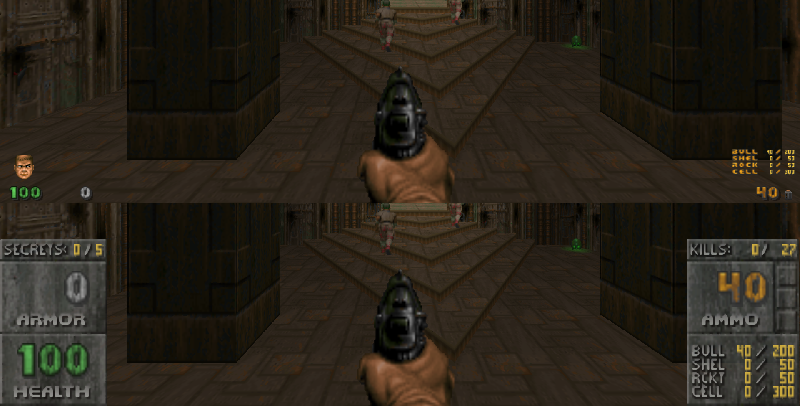 Finally, all special effects now can be controlled in a special 'Beautiful Doom Settings' menu under Options. 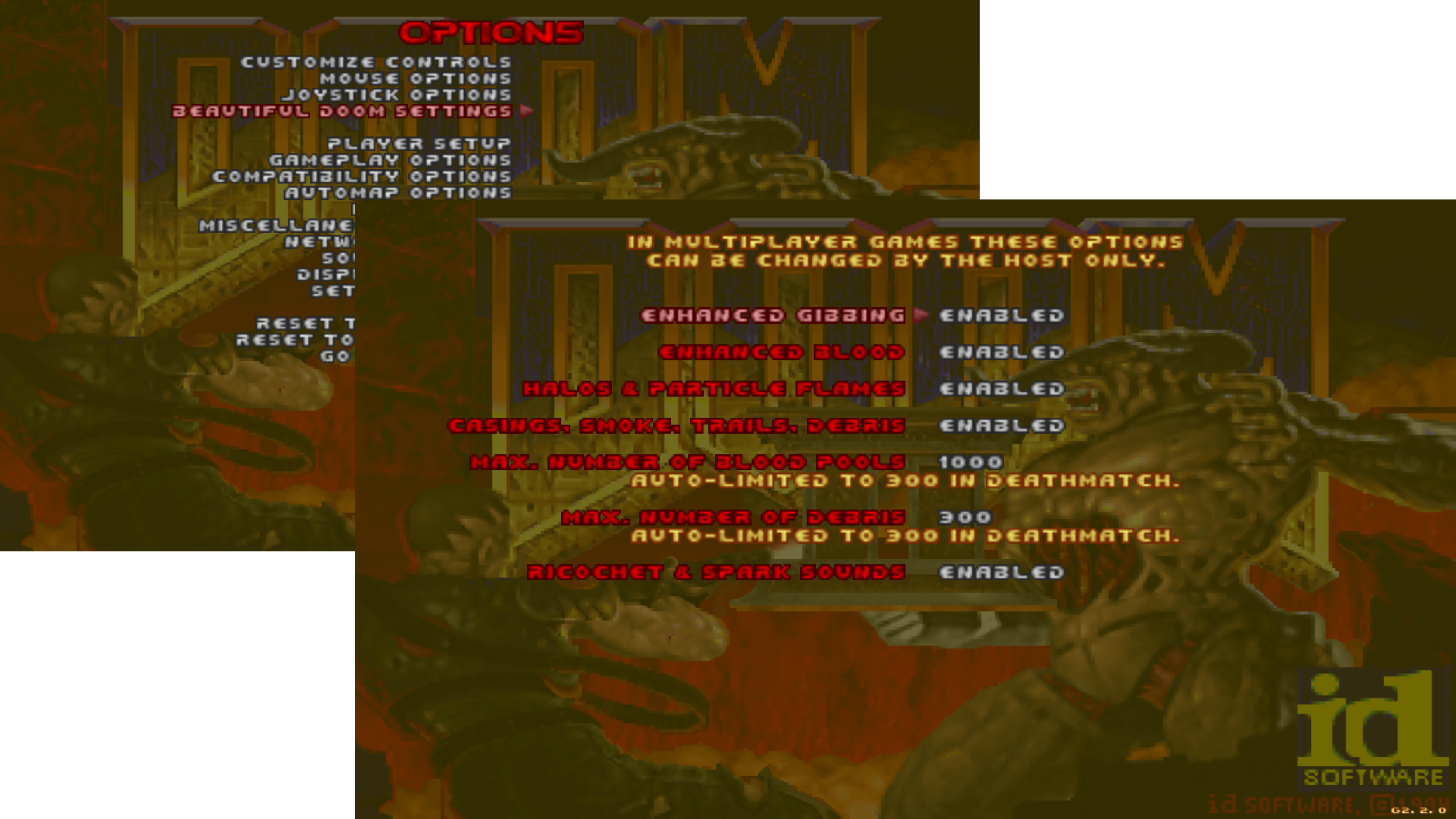 Some effects have been adjusted or improved, there's been a couple of bug fixes.

Some animations have been adjusted, like this saw death:

There's nothing that can be done about that. Sorry. GZDoom 2.1.0 is not recommended, it's a requirement. The mod is incompatible with earlier versions. If for some reason newere versions of GZDoom don't work on your computer, you should submit it in their bugtracker Github.com or discuss this on ZDoom forum Forum.zdoom.org