Completed my first deadline so now is time to get serious and prepare for Greenlight.

Like I said in a previous article, my first deadline was to get all core features ready during September and I can say I manage to achieve that target but I was still off by two days (mostly because I was feeling a bit burned out but now I'm feeling better).

Let me show you what I did during the last days of September:

Now I have basic quest mechanics working with the Dialogue System, in this video you can see a simple test of a typical fetch quest (of course, I would like to have quests a bit more complex than that in the final product but this is just to test the basic mechanics):

You can also see the previous video in Youtu.be

This works pretty much like Pokemon, you have crystals and you can use them as a regular inventory item during combat to capture a wounded monster (the less hitpoints the monster has, less chances for the capture to fail). Of course, these crystals can only be used in feral monsters, not in monsters already binded to a beastmancer:

As a beastmancer you have a number of "slots" that determine how many monsters you can field, if there's enough free slots you can summon a monster from your reserve (you get free slots by retreating one of your monsters, losing it or leaving the slot open on purpose):

If a monster is losing health you can decide to order it to retreat:

You can now buy and sell items to a trader NPC. I still need to fix some things (like keeping the state of the trader's inventory among game sessions) but the basic mechanics are ready:

Some actions are buffs and debuffs so they'll have a persistent effect for a fixed number of turns (for example, a "Weakened" state could reduce the target attack by 1 for 2 turns). In this video I'm testing a "Poisoned" effect that will damage the health of the target for a few turns:

Still not sure how to name this one (it kind of looks like a... ferret?) 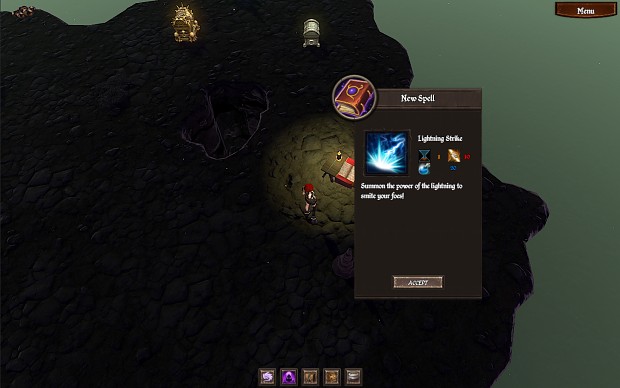 Some loot containers contain spells (and recipes) instead of items. 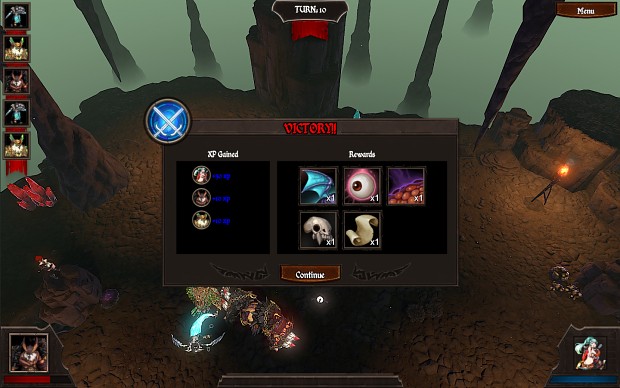 Rewards after a battle (xp and loot)

For Greenlight I will need a proper gameplay video, a short trailer and a lot of screenshots and animated GIFs. That means I'll need to work in good visual content: new maps, arenas, spells and attacks with visual effects, etc.

I will also need to add the music and sound fx that I've been gathering for this project. You probably noticed that all my current videos are silent, that's because I've only been testing basic mechanics but that won't cut it for the gameplay video (the trailer is other story because it will have background music covering the game sounds and it will be shorter).

I currently have a single website for Nomad Fleet so I'll probably need to make a unique website for all my games. Is not really obligatory but what is critical is to have a place where to put a presskit for the game and contact information.

In my experience the game press ignores most Greenlight games these days, I'll try to contact a few websites but frankly I don't expect much attention from outside Steam itself, not that it matters, I have confidence in my project and I know for a fact that it looks better and has more potential that many of the projects that saturate (and somehow pass) Greenlight these days.

Once the campaing is live I'll start working in an alpha demo so I can start getting actual feedback. That's when the real hard work will start.

That's it for now, thanks for reading!