We didn't publish any news for a while, I must admit. But i come bearing good news. Me, DanyEle, along with the other coders of Bear Force II: Gotha and Highlander, have decided to publish the Source Code of our mod so that other modders can use it for future projects.

What does the Source code downloadable from the Downloads menu[Module System] contain?

It is what me, Highlander and Gotha haveve been working on for months. We decided to publish it for the community so that our work isn't kept for ourselves and our mod.
We'd like other people to use our code and improve it according to their preferences. 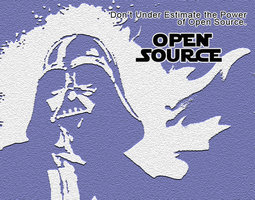 This said, I'm not stating that the mod is DEAD and won't be updated anymore, but almost all the developers have shifted their attention either to other Projects or, alike most players, have lost their interest for the mod. It was fun while it lasted though!

For example, I'm currently working on Iron Europe , an amazing World War I mod for Warband, and i'm working hard to improve my coding skills as far as real Python and HTML. So, don't expect anything in the short period from me, but hope for the future!
Also Gotha is working on his own Admin Mod for Warband, and many developers are either on holiday or not available.
BUT!

Nobody knows what the future may be...

i must ask, this Highlander guy.is he the Scottish guy that was with the 18e for mount and musket?

This is a great new DanyEle ! You and the team made a wonderful job at coding new features in the original game, and this will only help the community grow better !