In this 3D puzzle-platformer, you play as a ball of water, on a quest to collect more water droplets to save the local lake! You'll need to raid houses and navigate dangerous landscapes, changing your form between solid, liquid, and gas as you do so. Try not to spill!

Welcome to the devblog for our gold release of Be Water, My Friend!
Find our itch.io link here: Starguardians.itch.io

This Week's Changes
Seeing as this week’s submission is the final one, our team focused mostly on tying up some loose ends that our game had. A significant thing that we knew we needed to have done in order for the game to go gold was the ending cutscene. This adds to the overall cohesiveness of the game; we have the intro drawings to draw the player in and get them absorbed in the world of the game, and then we have the exit cutscene that acts as a proper send off to the little story that we created. Another significant change that we had to be sure to make for this iteration had to do with the way the player character looked while in the water state on Mac builds. For last week’s deliverable, we ran into a last minute issue where the new and improved liquid state that we implemented didn’t show up properly on Mac standalone builds, even when it had worked in the editor. So, we kept the old state of liquid water for the Mac build and used the new one for Windows. This wasn’t a huge deal for the beta deliverable, and most people seem to be using Windows anyway, but we knew that this was something we had to get right for the final product, since it’s such a central part of our game. Thankfully, we were able to solve it for this week’s deliverable and get it working properly on both platforms. Additionally we added another whole new indoor level (the new Level 5), which was a much larger kitchen level involving puzzles and platforming. We wanted to add some more content to make the game last longer, and this new level acts as a good penultimate challenge before the final level, and gives the player more chances to collect water droplets (the level entry water requirements have been raised accordingly). 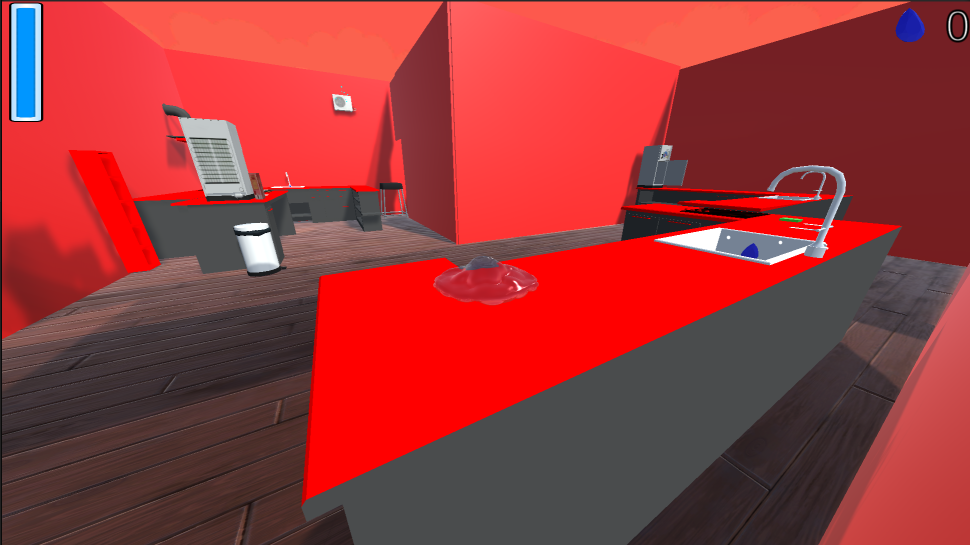 Aside from those things, we mostly tried to follow the advice that the instructors gave us and polish up some other areas of our game. For instance, the second level (the first outdoor one) was kind of just a floating green plane previously, which admittedly looked pretty wacky and out of place. We added some terrain around it in order to give the illusion of it being a real outdoor environment. Similarly, our fourth level (the bathroom one) had been criticised for being simplistic and out of place. We added some puzzles and platforming to it in order to add a challenge and make it feel a little more consistent with our other levels. For the final level, we made it rainy to add to the atmosphere of facing this foe. We made other polish-related changes, such as adding an options menu which gives the player control over volume, quality settings, and even resolution and fullscreen mode. We received feedback about performance issues, so the ability to lower quality settings from the previous default of “Ultra” should definitely help, as well as the ability to change game resolution. Of course, we also made actual in-game changes that should help with performance too. Besides performance, we also changed the camera, preventing it from “flipping” when the player looked straight down, and also keeping it in bounds at all times, instead of getting stuck in an awkward position behind a wall for example. We also took feedback related to issues such as getting stuck on the road models, and fixed the colliders accordingly. There were other small fixes too, such as improving lighting in certain scenes, labelling water requirements on the levels, or making certain models look more professional. 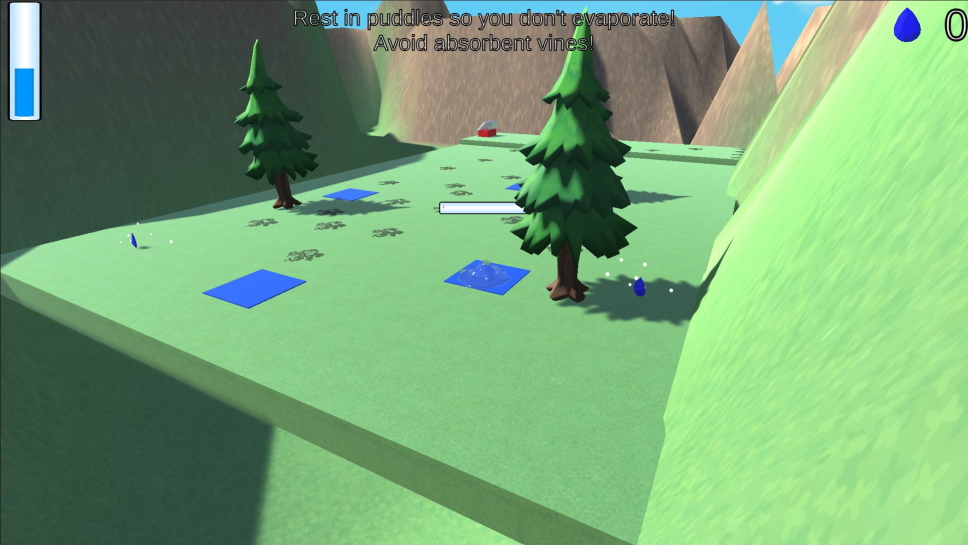 Final Words
Overall, we are very happy with the way our p3_gold deliverable turned out, and look forward to attending the game showcase! During development, there were definitely times where communication and time management could have been better, to prevent crunch periods and allow us to get more done each week, but in the end, we pulled through and are happy with the final product. The game has come a long way from its early stages to its final gold release, and we’re proud of the work that we put into it. 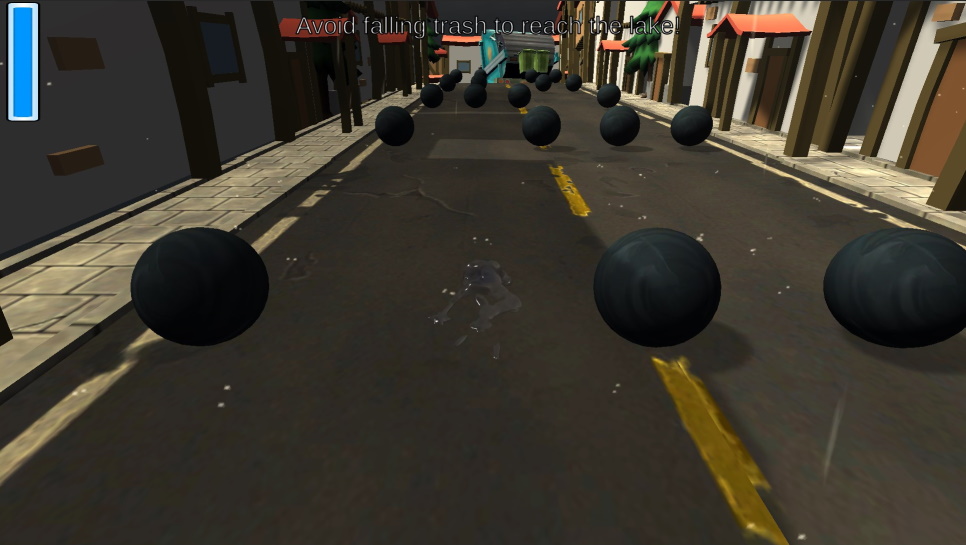