It's all about "big juggernauts" in this news update from the Battlegroup42 team, in which we will inform you of the current status of our mod. We are talking about multi-engined bombers, a rather sparsely equipped section of the mod until now. We were not only able to close a gap in the armoury there, but also to fulfil an often expressed wish of the community.

First there is the Avro Lancaster. The well known British bomber has been in the mod already for quite some time, but when there's an opportunity to get a better model, we take it. In this case the Lancaster Mk. III made by clivewil, who was already responsible for our Spitfire update. As usual, the model and texture are of a superb quality. 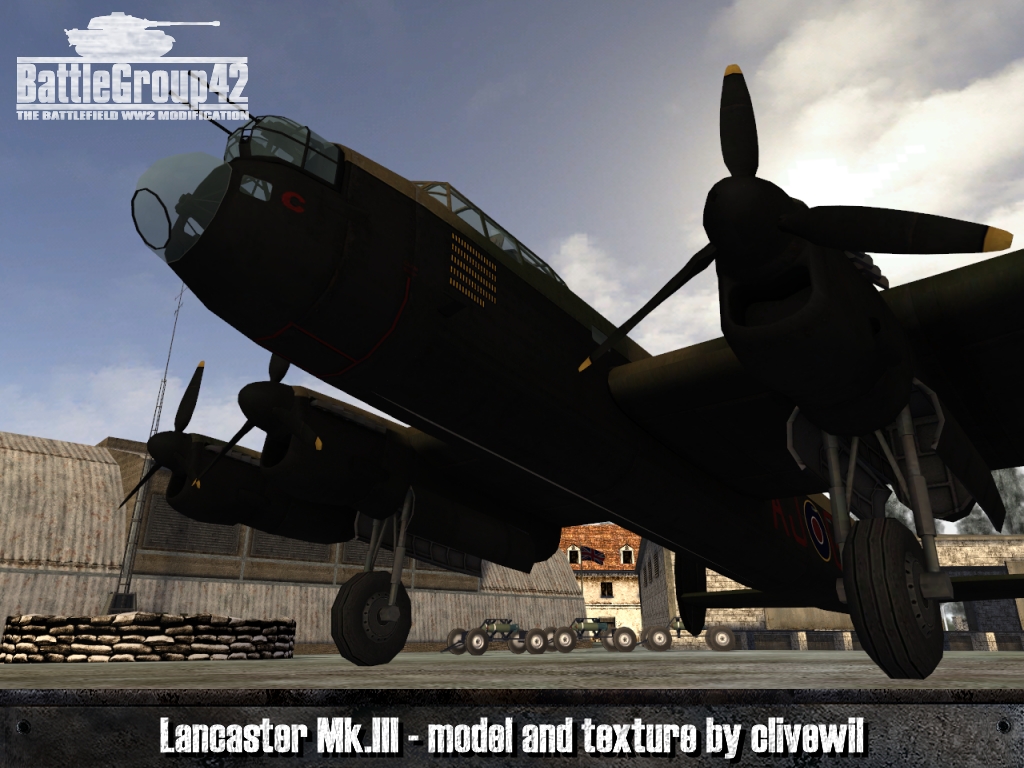 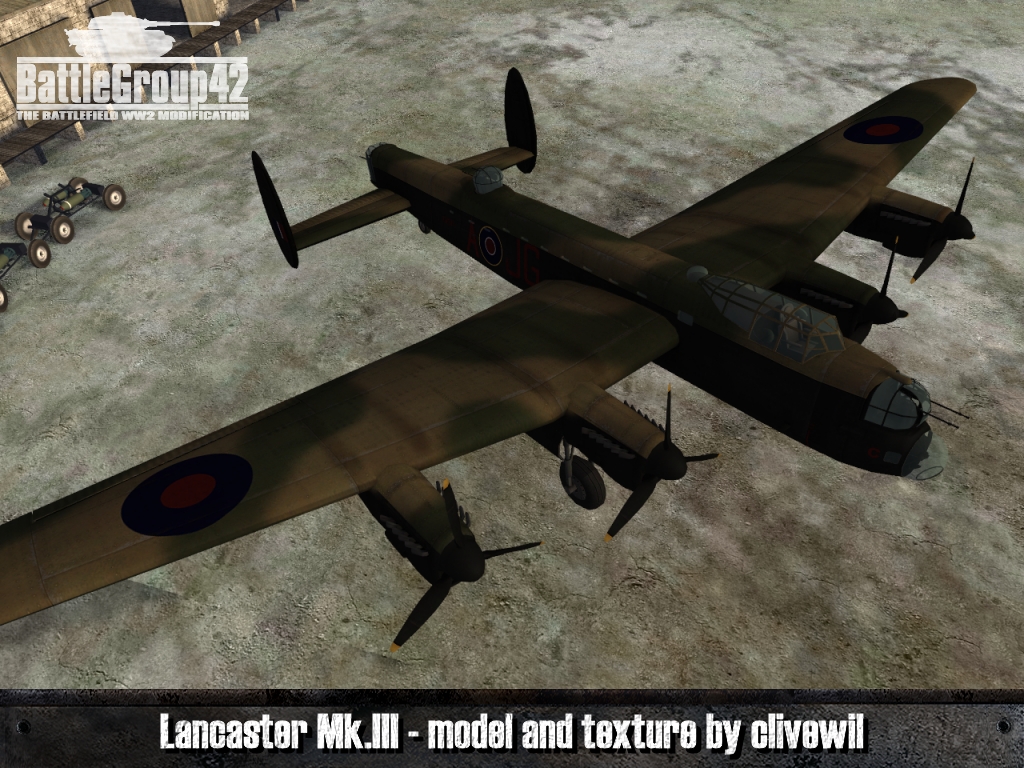 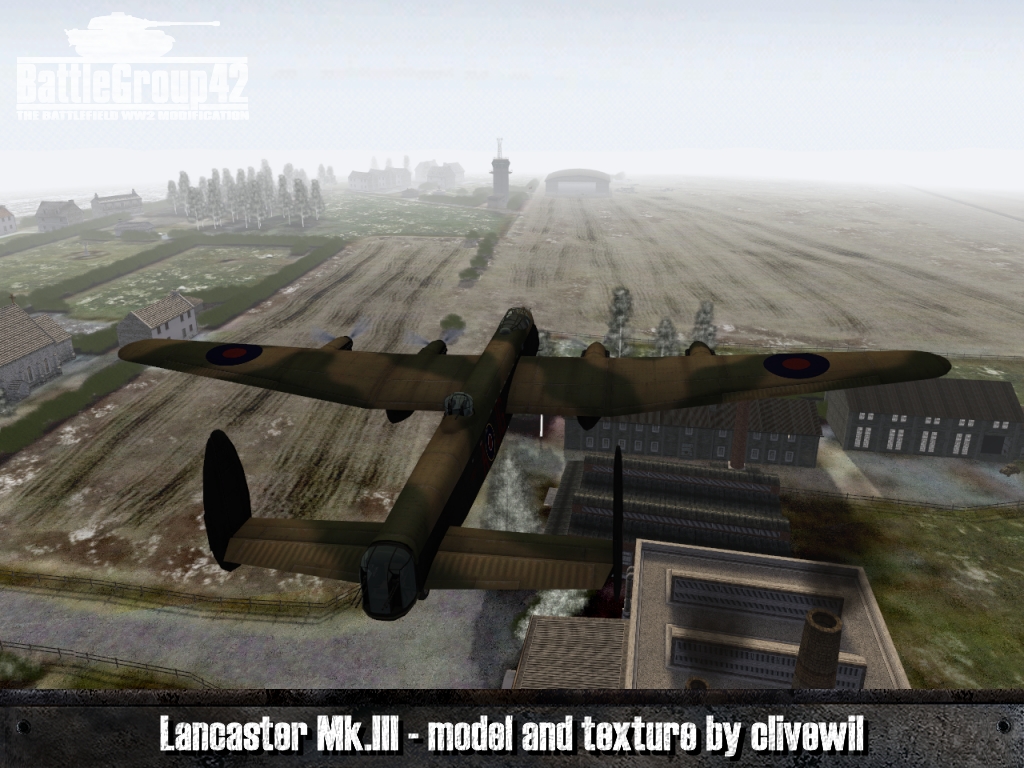 We have seen great success with the integration of the American medium bomber North American B-25 "Mitchell" in variant J. The model was created by SimLac in the first place, and lay unfinished "in the drawer" for some time until our modeller RuppDee took care of it. He not only finished the model, but also provided a whole bunch of textures for it. Because of this we can use this versatile and very successful two-engined bomber on a lot of maps, serving several different allied armies like the American, British and Russian - from the mountains of Tunisia to the plains of Russia and over to the Pacific islands. 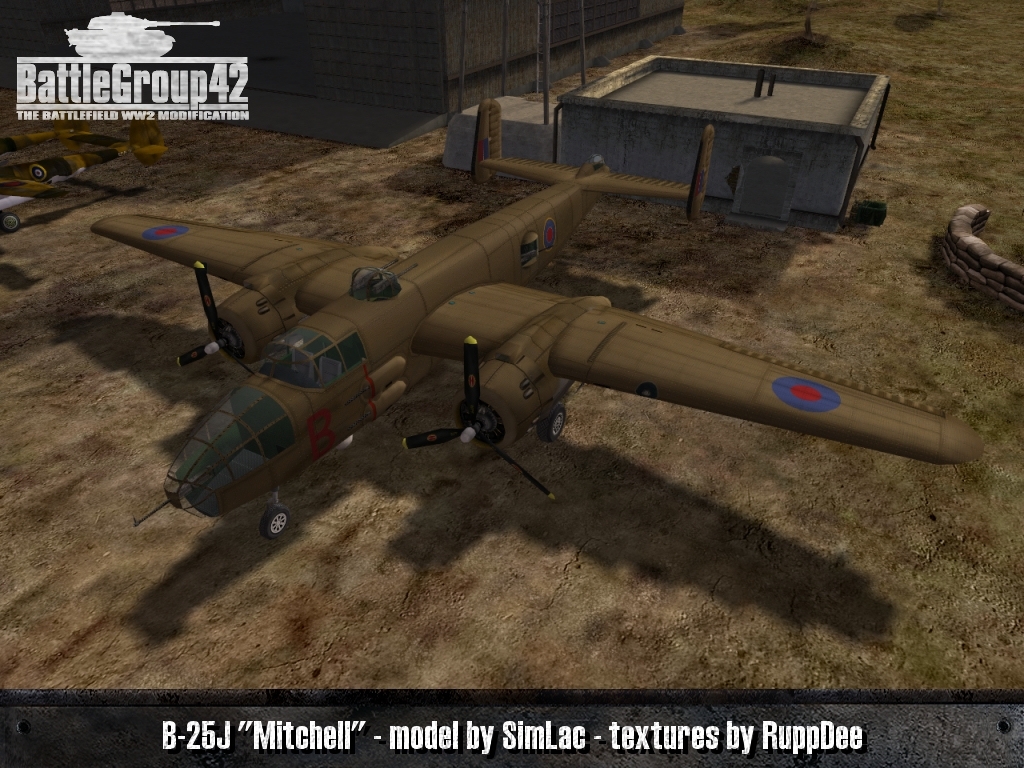 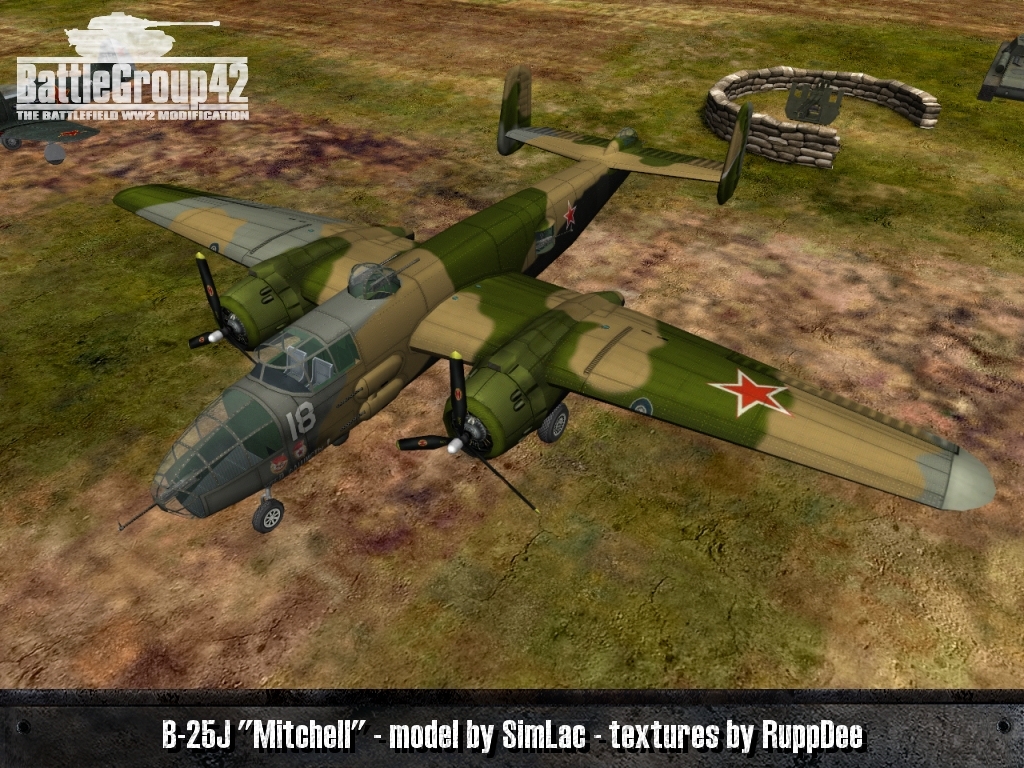 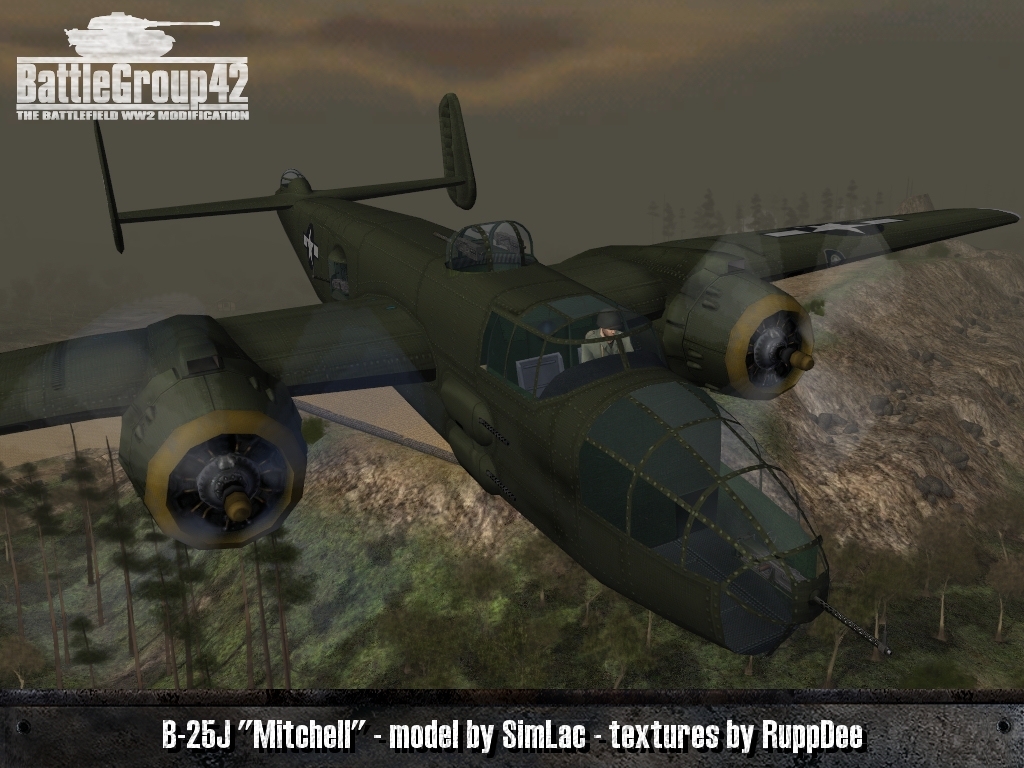 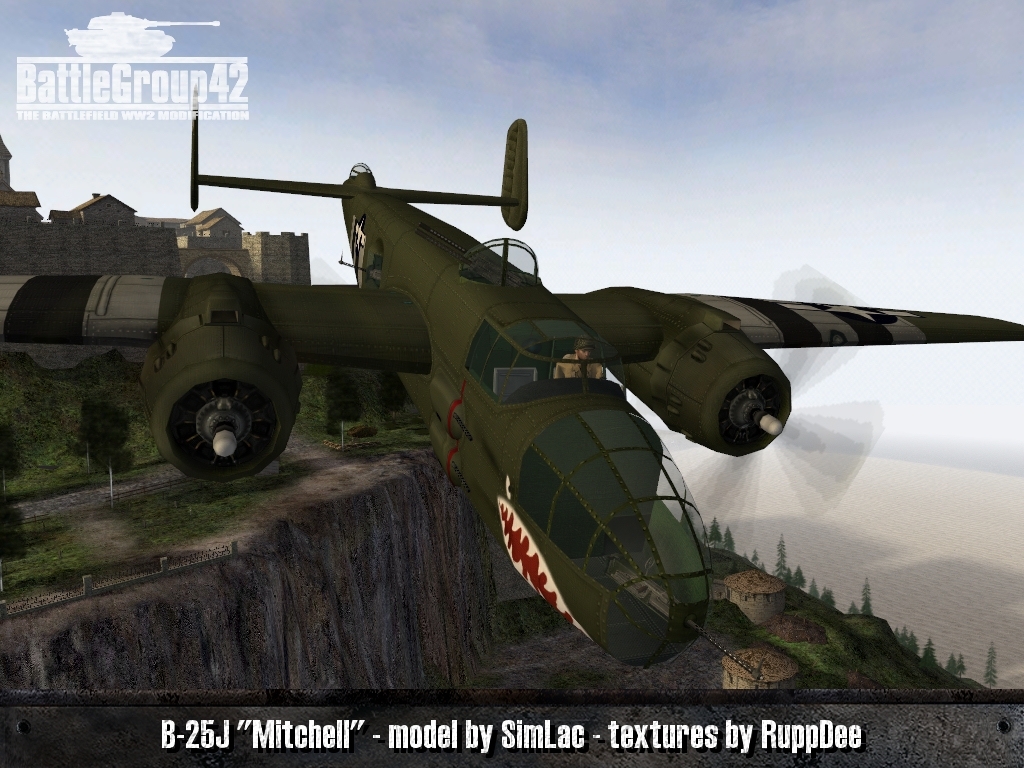 There are vehicles which are rather useless for the usual BG42 gameplay, since they can't be used in historically accurate situations within normal scenarios. One of these vehicles is the B-29 Superfortress, a heavy strategic bomber which only comes close to ground during take-off and landing, flying sorties at a height of at least 6 miles. In order to transpose something like this into BG42, mappers and modellers have to work closely and so our new B-29 model, including an interior, was created in RuppDee's workshop - along with a custom tailored objective-mode map made by SargeSurfat. He was inspired by the "space battle" maps of the Galactic Conquest mod. The B-29 is "flown" similar to the spaceships of the GC mod. One can spawn inside them, occupy the weapon stations and even repair the bomber if necessary and it will be necessary; since the Japanese interceptors will try everything to destroy the B-29s. 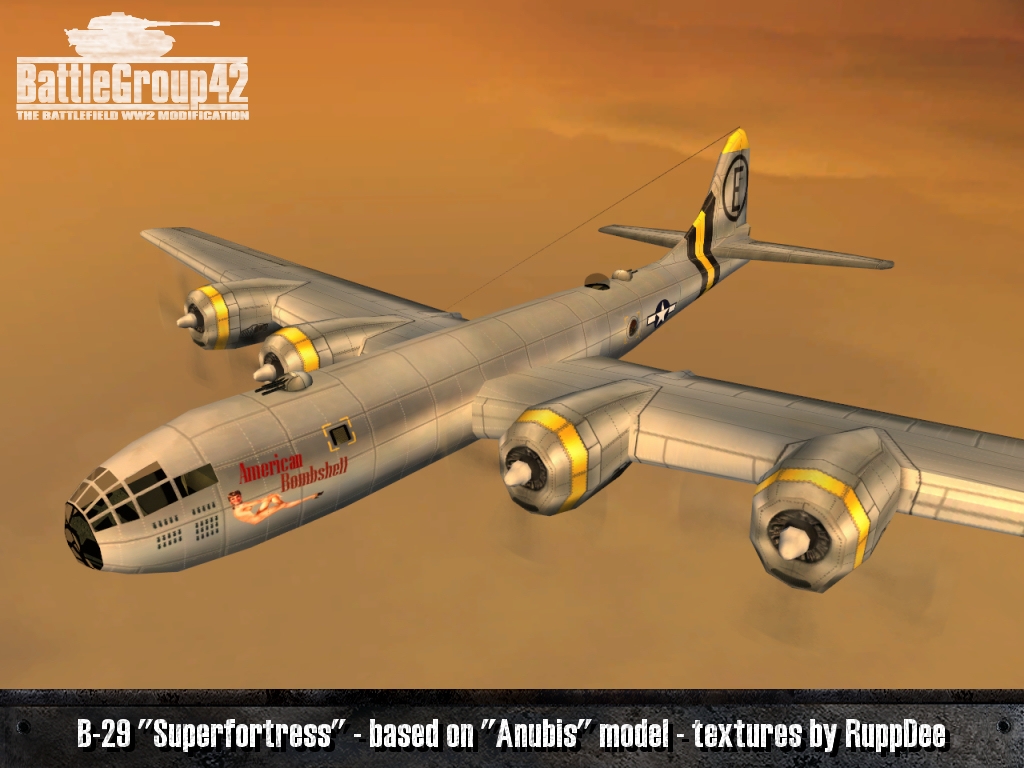 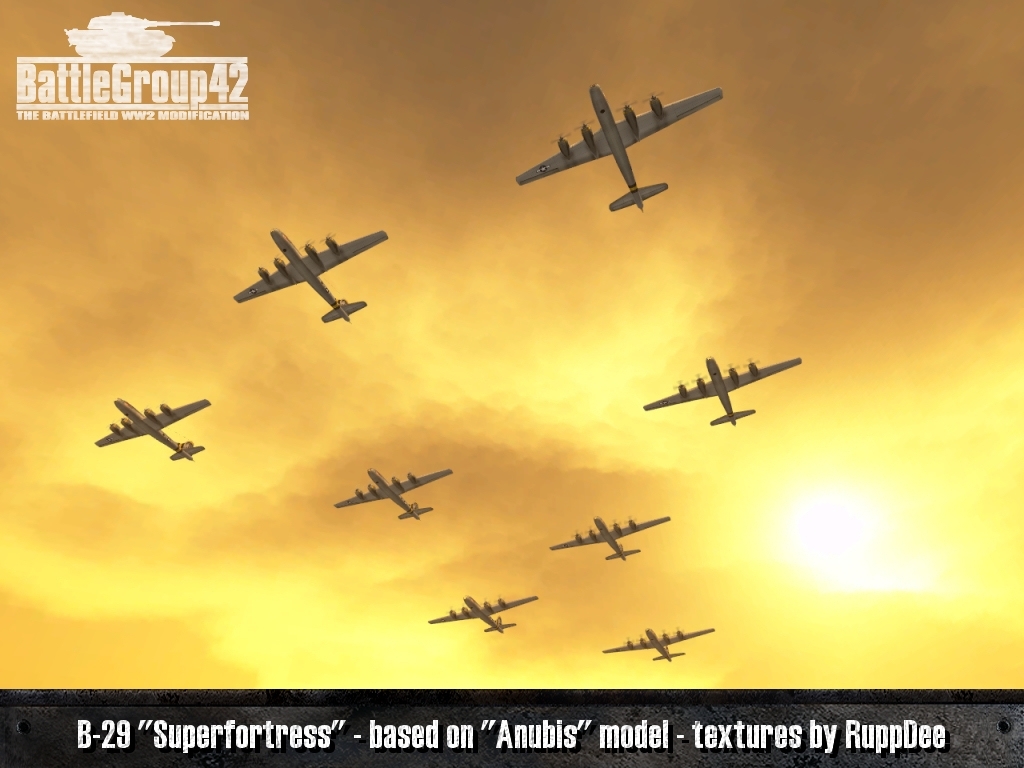 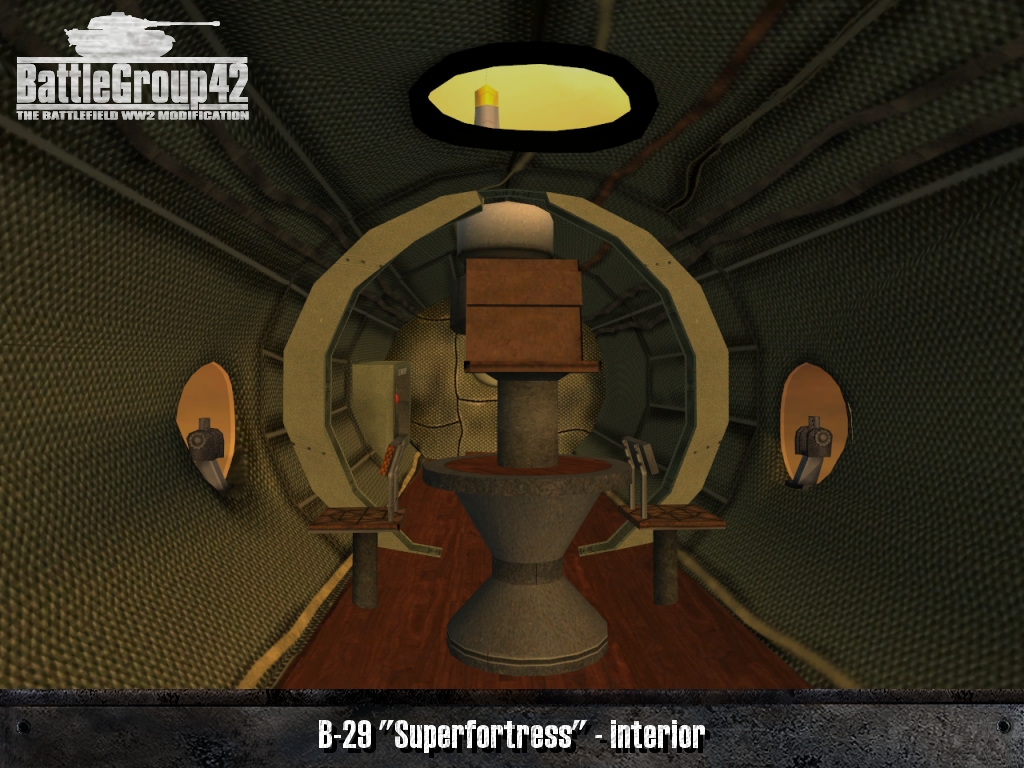 At the end of this news update yet another proclamation: We're desperately looking for new team members, for BG42 as well as our new standalone project, most of all modellers, animators and coders. Without the appropriate manpower there can be no progress. So take a look at www.battlegroup42.de and our forum or contact our project leader Senshi directly!

Should look into global front, if I recall they had upped the view distances massively on maps, which might make the B29 somewhat more usable

Are you going to do something about the campaign? I'd like to have the whole storyline in the campaign, if possibel.

I have been in the FiFi, the B29 is a awesome plane to be in. This game lookos not half bad, is it better than IL-2?

I wouldn't say it's better... or worse for that matter... you can't really compare them. IL-2 is a simulator, this is a Battlefield game, meaning more arcadey experience, but you can drive anything, planes, ships, tanks or just be plain infantryman. Too bad BG42 has died a bit on the online player numbers side... There used to be a regular gamenight on MOB server... now it's always empty...

It is still available for free from Origin.

I wish my game looked as good as it does in these screenshots.

In my opinion, Battlefield 1942 is the best battlefield. It's a shame nobody plays it anymore.

Is battlefield 1942 just multiplayer or does it have a campaign?

It has a campaign but it isnt too detailed, and it is almost the same as multiplayer