Battlefield 2 HARDCORE has been updated, servers are online!

Greetings everyone! First of all I want to thank all those people who downloaded BF2 Hardcore since it's public release on ModDB (Oct 10, 2014). And those who's still considering downloading it ;) It inspires me to continue my work and make BF2 even better! 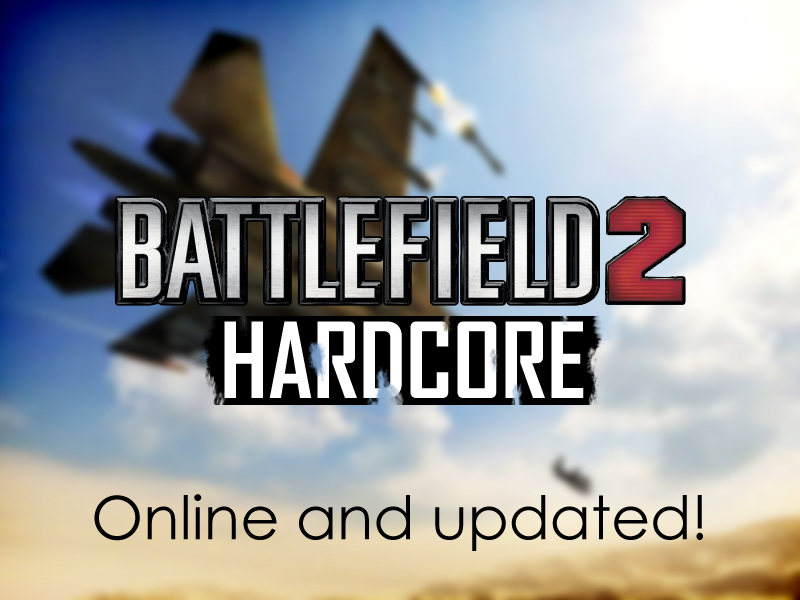 Today we have two good news: the new version of Hardcore and first servers for the mod. So let's
start with servers.

At this moment there are right away two just launched servers running Battlefield 2 Hardcore!
One of the biggest European BF2 communities, VBIOS.com is hosting a server located in Ukraine. This is Co-op server so you can join it any time and play while waiting for other players. It has almost all classic co-op maps in rotation, so I hope you all gonna like it.
Server page on Battlelog.co: VBIOS #7 | HARDCORE
IP-address: 7bf2.vbios.com

The second server is launched by [762]Ranking community (Germany), which runs their private stats system specially for BF2 mods. You can play on [762]RANKED Hardcore using BF2ModLauncher (which is highly recommended), or without it — but in that case your points won't be saved in [762]Ranking data base.
Stats page for BF2 Hardcore on [762]Ranking: Battlefield 2 Hardcore Awards.
IP-address: 217.79.190.136
Call your friends, join us and show everyone what real teamplay looks like! ;)

And now for the update. This is first update since mod's public release on ModDB and here is what it brings.

Hope you, guys, will enjoy Battlefield 2 Hardcore online experience, and will see you in the battle!
In the next update I am planning to add support for vehicles from "Euro Force" and "Armoured Fury" booster packs and continue working on visual effects.