Do you have a Kindle Fire HD? Now you can play Battlebow on it! Indie developer Haybyte Studios is proud to announce that the RPG defense shooter Battlebow: Shoot the Demons is now available on the Amazon App Store.

Haybyte Studios publishes Michael Buettner's famous iOS title on the Amazon App Store. It is now available as a free download. After the Apple App Store and Google Play, this marks the third platform featuring Battlebow.

A gate to hell has opened. Devilish creatures are rising from the abyss, looking to clear off all life from our world. Will you be able to defend against the neverending rush of demons and slay their leader, the Demonlord? Battlebow: Shoot the Demons is the perfect blend of the RPG and 2D shooter genre. Play the full game as the crossbowman and unlock 3 more character classes, each with their unique abilities.

The game features easy one-finger controls and a co-op mode which lets 2 players play on a single device. Over 140 items to loot and many quests give the game its RPG characteristics. 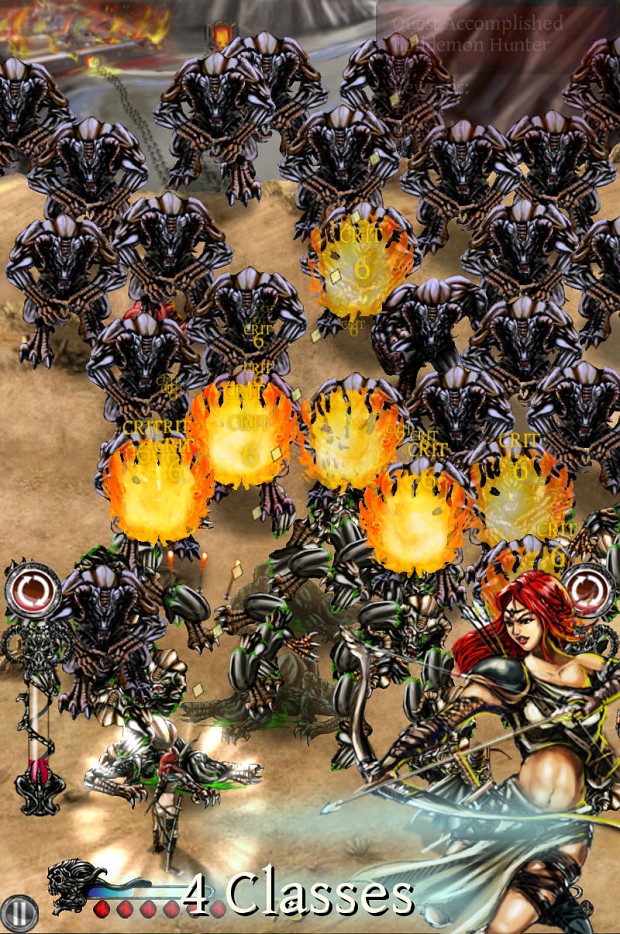