Battle of Crete v2.4 compatible with Company of Heroes (New Steam Version) Mod based on real historical event during WW2 between May 20 and June 1 1941 as known as operation Mercury. There are two nations in the game presents - British Commonwealt and Germany.

Installation for Setup version:
Check the path where the game is located.
The default is C:\Program Files (x86)\Steam\SteamApps\common\Company of Heroes Relaunch
Change the path if the game is in another place. 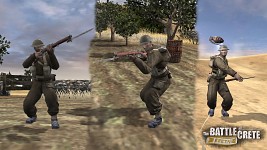 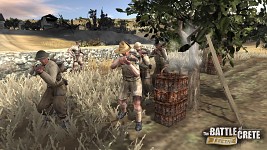 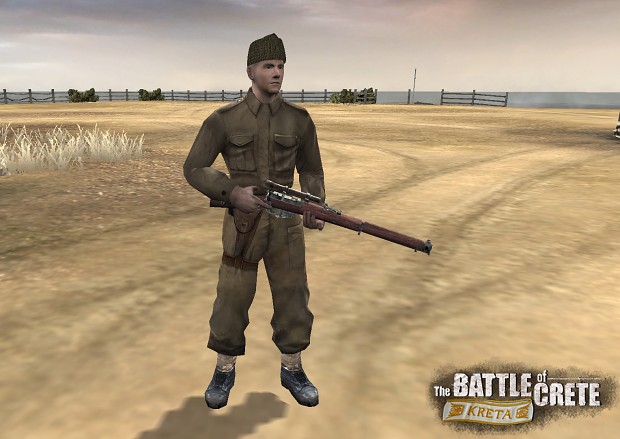 Thanks for the update serg!

Something I tend to get adressed for 2.5 is the healing for the germans at the Junkers. Now they could get dedicated Sanitäter via upgrades anywhere in the field. I would rather have the update via air drop resupply red cross crate for major squads and a static build for a Lazarett Junker like the one from Göring (D-TABX) for evacuating wounded personel. Normal Ju52 could be used to gather corpses like the vcoh buildings one for gathering dead soldiers, another for static healing purposes. Right now Germans either blob the British early and struggle late game with the absent tank support. I would think that the British HQ Trucks shouldn't be meant to be the HQ anymore so rather be mobile recruiting buildings with a static HQ like the Germans. After all british were supposed to be in defense rather then defensive assault the trucks would offer. The way the Trucks are game extenders for AI is something that could be turned off if they loose their HQ ability and function just as resource gatherers, mobile recruiting buildings and sector securance.

British are supposed to have only 3 secured sectors with these Trucks so Germans can cope with the late game disadvantage of tanks with more secured sectors. They would have to have the upper hand on the larger maps in numbers of captured territories but would also have to be fast raiding crucial points on small maps which is where the british have the edge with their defense structures.

So it would still be the core targets for both, defending as british until late game, attacking as germans as fast as possible to mantain momentum of an assault rush.

British right now seem to be the easier of the two factions as their tale hasn't changed much from the original game, still the better emplacements overall. But Germans with the advantage to spawn almost anywhere on the field with absence of large supperior tanks as in the original game. Flanking and Counter Flanking remains the key to victory.