The development of the QTE system was basically done, and it can work on some simple events.

Since Indie Dream Indie Dev is a game about a developer's story, it has to simulate the working part of the protagonist's daily-developing-life. However, if I make this part of the game performs just like real developing, it will be hard for me to work this feature out and it may be really boring for players because they won't care about so many details about what a developer do when they are working.

Indie Dream Indie Dev is mainly a story game, so the simulation of the protagonist's work should be simple and easy to understand. I am developing a QTE system for this, and it was basically done.

The QTE system will let players experience the work of a developer, which is the protagonist, by simply press some buttons. And the UI will tell players that the time is passing. During this, the computer in the game will change its image, and there will be a blur-fade effect.

Here is how it works: 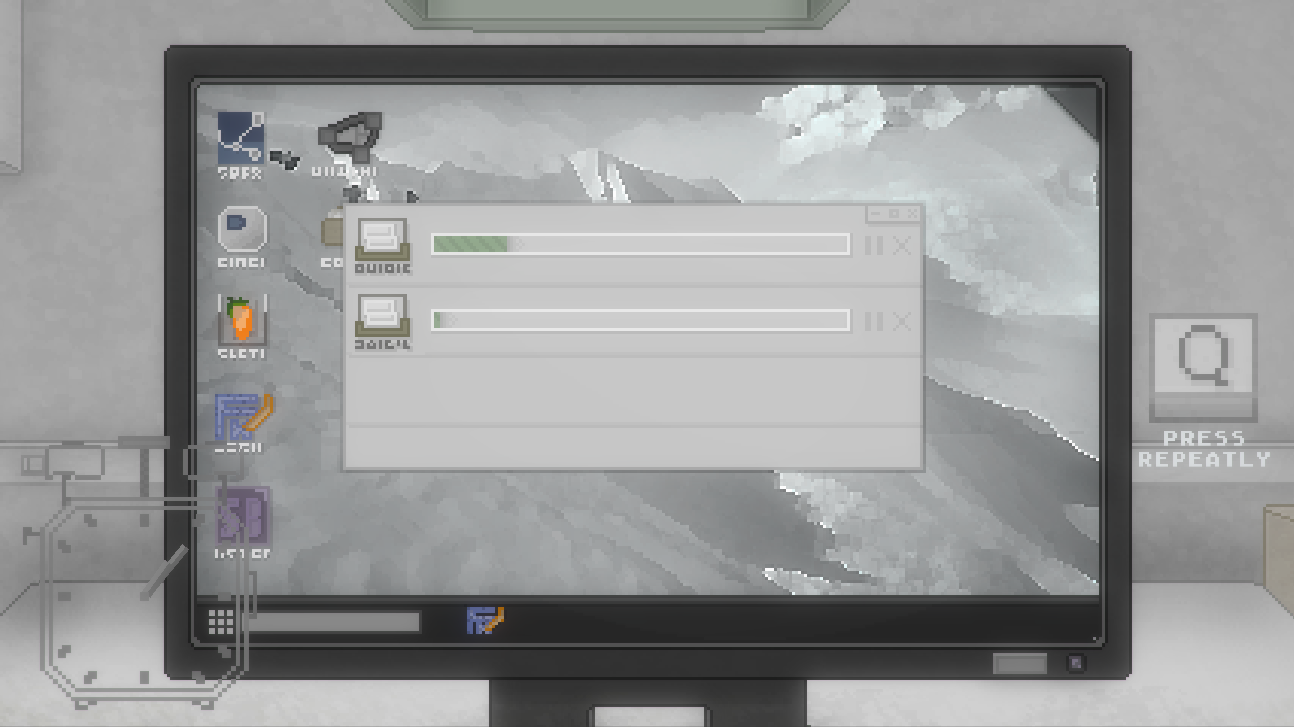 You can see there is a button sprite and a "PRESS REPEATLY" label on the right. If the player press the shown button on the sprite, which is key Q in this screenshot, the image of the computer will change. 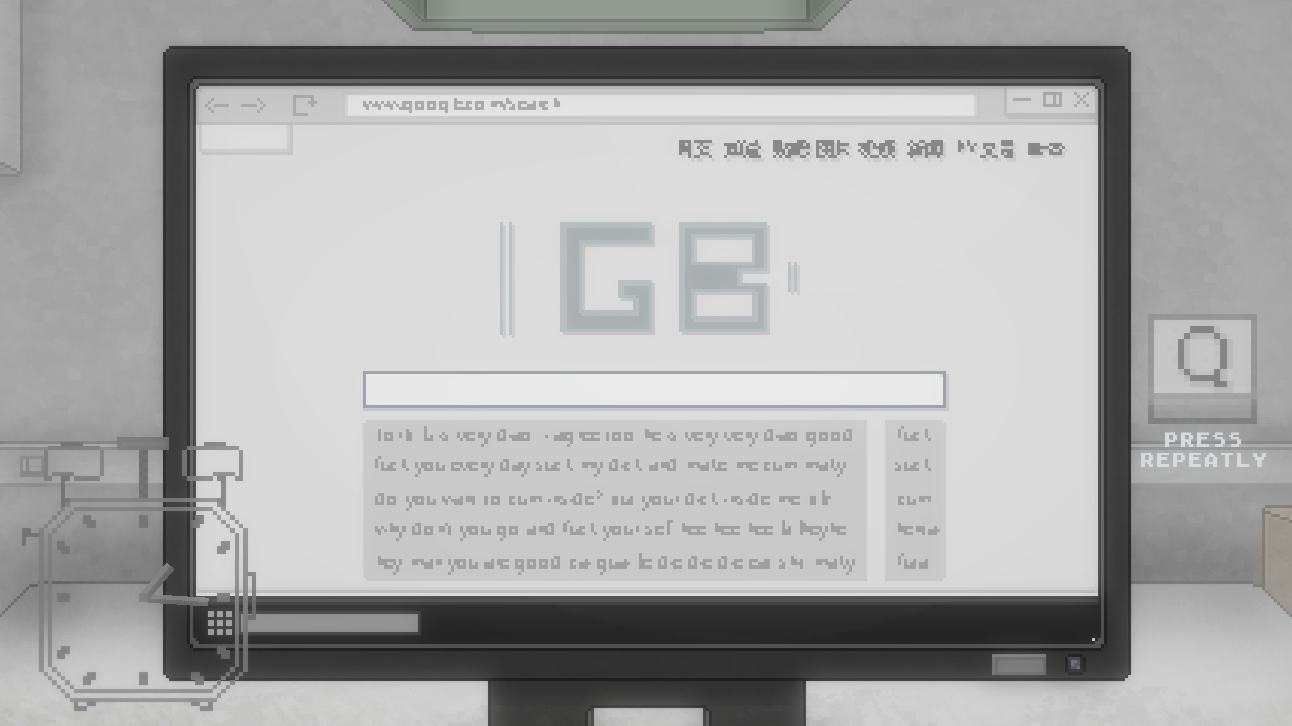 And the clock icon on the left moved too. It looks just like the protagonist is going ahead on his work, and the time is passing.

Here is a GIF:

More images should be drawn for the computer. Here are some of them: 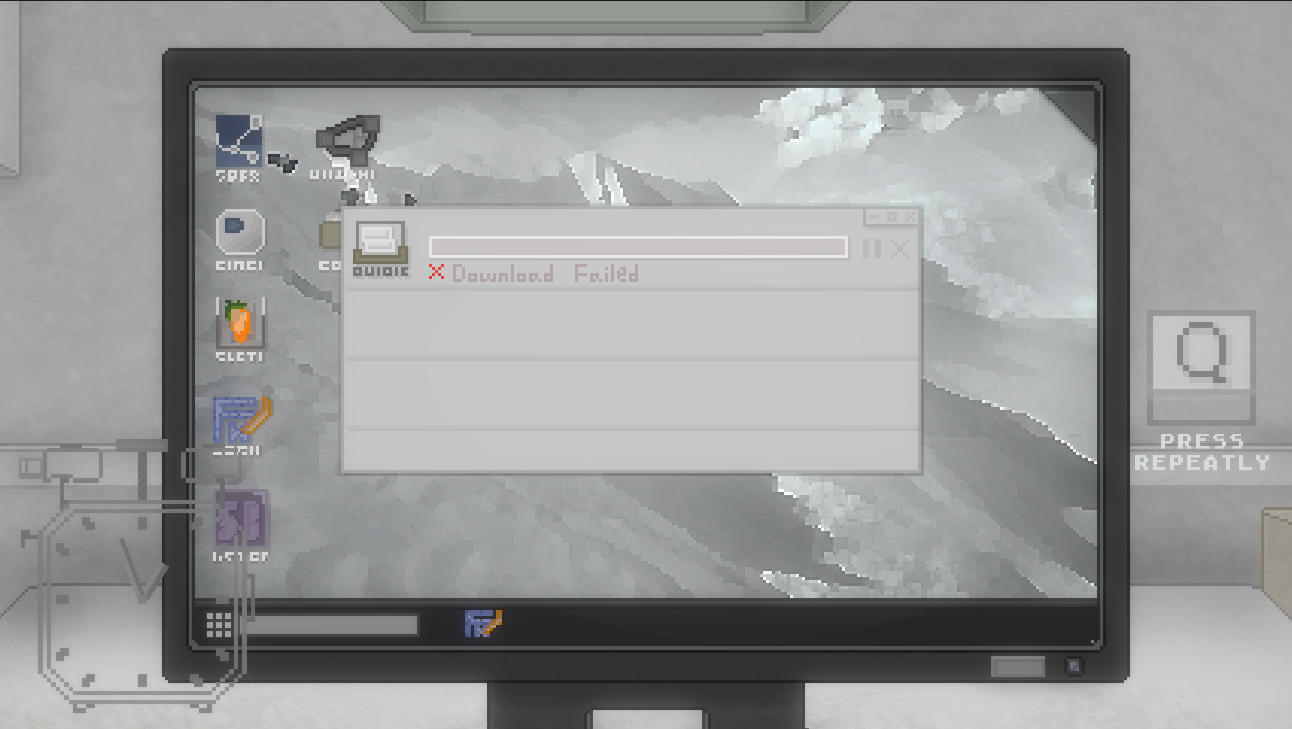 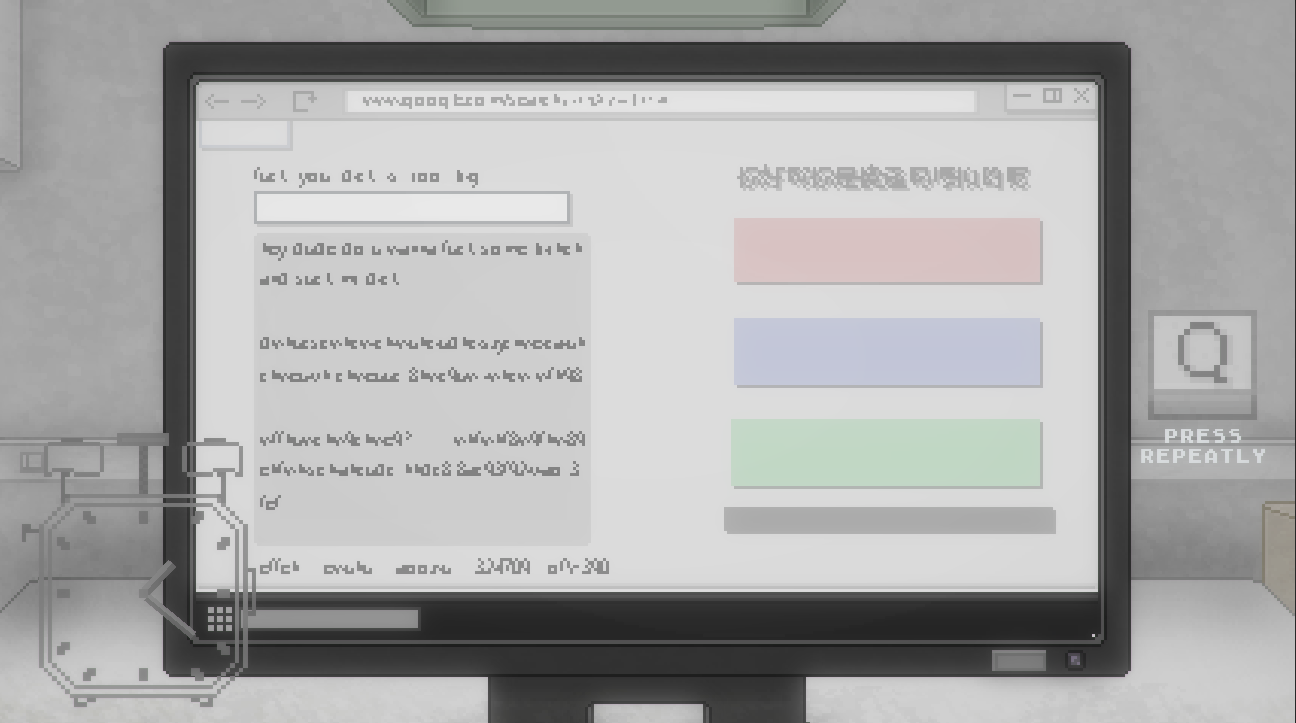 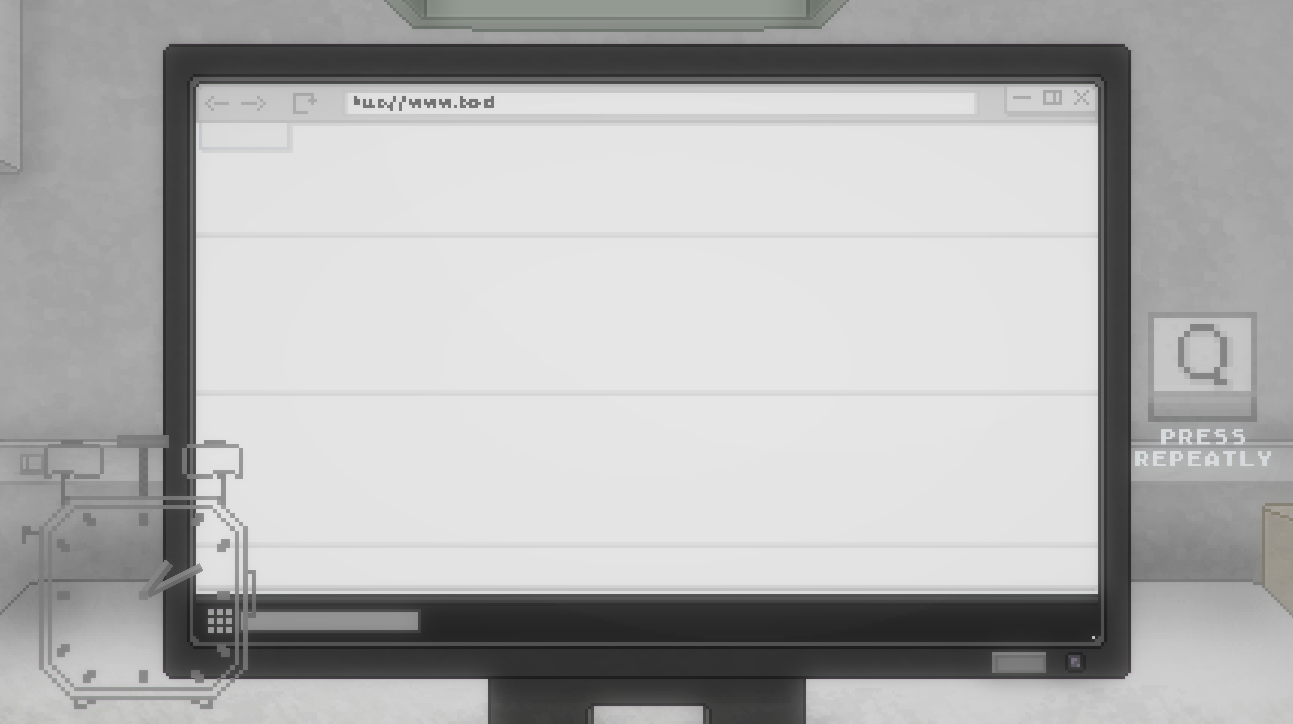 The QTE system is basically done, but it still needs some time to make more improvements. This time I only made a simple one (simply press Q repeatly), but with the QTE system's help, it will be easy for me to work out some more complexed QTE events.