New version of Base Defense is out! It features new polls system, save system and server binary for Linux. 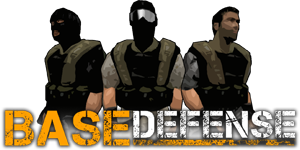 Your progress is saved automatically when you leave the server and when you join the server it will ask you to start a new game or load a previous one. Save files are bound to your nickname (name of your character), so it's only possible to have one saved character per nickname. Wave you reach is saved also, but it won't be set if someone is playing on the server or if wave number was set by someone who loaded his save file earlier. If you will play with someone who has low waves and you have reached high ones you won't lose your progress. Wave number is saved only if it's higher than one was saved previously. 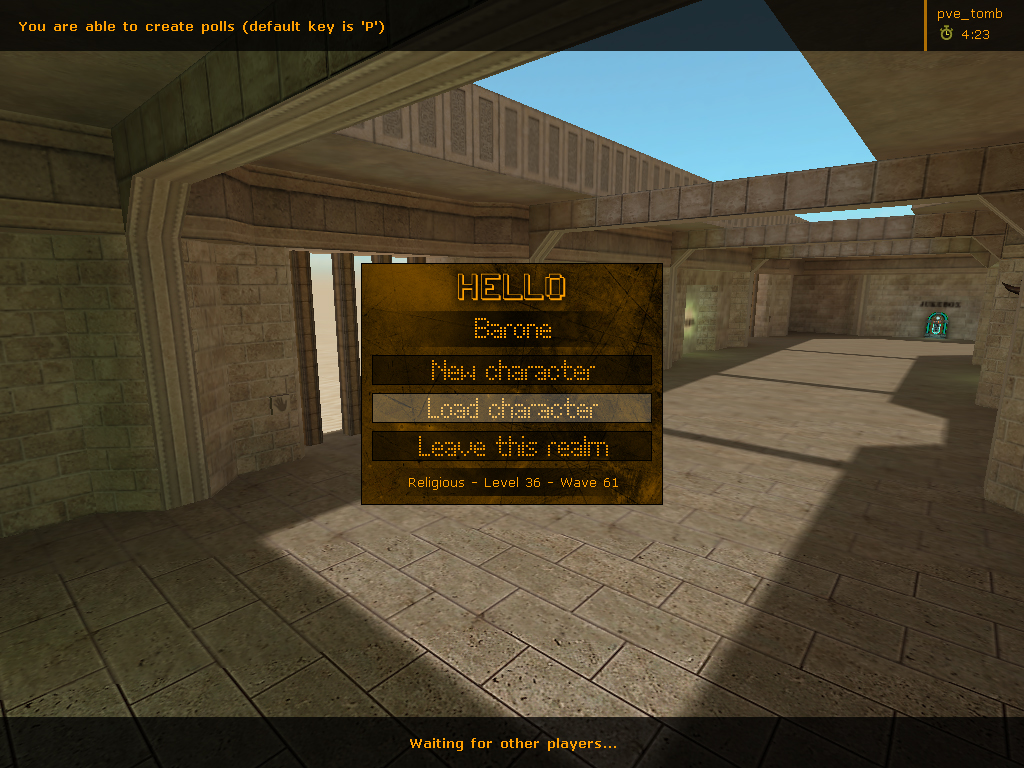 With new polls you are able to restart current map or change it to the next in queue. When you are the only player on the server this system will allow you to make those actions without long waiting time. 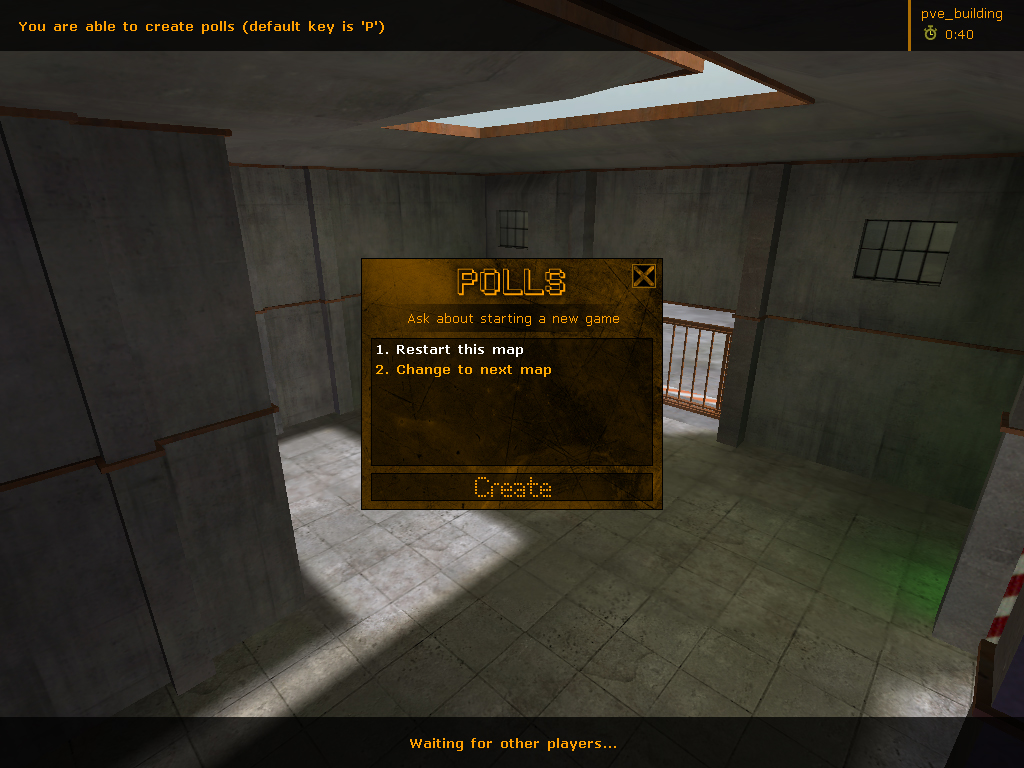 Finally. With help of ModRiotGaming administrator Swamp Dog I was able to make a server binary for Linux. I heard a lot of requests and questions about Linux server binary, so here it is! Now it's included into mod archive and installer. 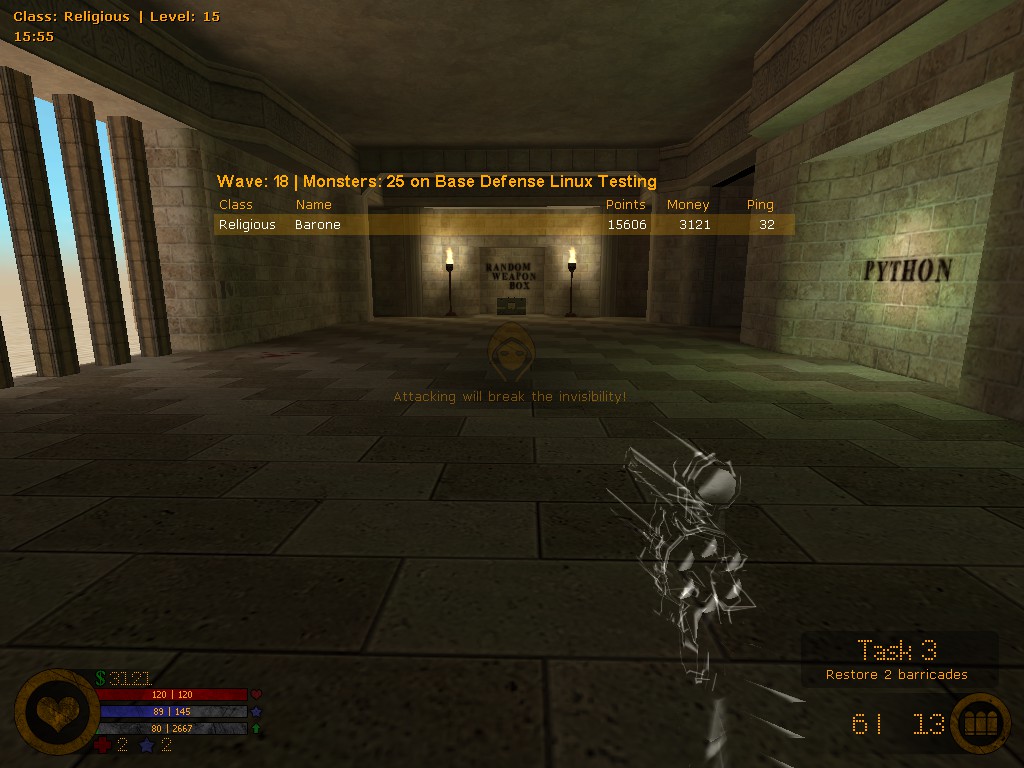 I told you about main features for this version. Update also brings a lot of fixes and other little additions. You can read about them below in a change log.

Steam group was made for all Base Defense players to unite. You can find here a mate to play with. There will be events, news and scheduled meetings on the servers ;)

We have reached more than a half of needed amount!
Discuss Base Defense Greenlight submission here.

New gameplay video is out! It's called "Wave 70".
Video was recorded with wooden PC, so it has minor lags.

This is something wonderful to wake up to, ahaha. YES!

I've donated for Greenlight. Please do the same! We're almost there!

Save system doesn't appear to be working for me. Only choice I get every game is to start a new character.

It saves nothing if it's game end. Try to get some progress, then leave the game.

So to have my friends save their progress they'll have to disconnect and reconnect?

Roughly speaking, yes. Save system was created to let people start a game and continue it later, not to remove death penalty.

Any servers or more weapons expect the once in the video ?

What do you mean? There are 4 servers online, all weapons from the video are in game, because it's in-game footage.

Serious Sam: Half Life :D
This is awesome!

i have a question How to defeat Gargantua .. ?