Hello to all S.T.A.L.K.E.R.S., I am back to my project, after a lot of difficulties due to the pandemic of the COVID-19 virus, I managed to stabilize my personal life and also my life in relation to modding. I brought you some news and also some changes regarding the development of Strelok's Diary by AIxStream.

Ooh glorious Ukraine, after much effort I managed to get back to my native country. It was very difficult to get a travel authorization for Ukraine, I had to pass several medical exams and also justify my departure from Palermo - Italy to Odessa - Ukraine.
I returned to my country that I love so much, I went through some difficulties to enter Odessa and almost had to be forced to return to Palermo. I am living at my parents' house and I will stay here for about 3 weeks. All my work material for modding is in Donetsk, where my home is located and is also the hometown where I was born.

Enough talking about me, let's talk now about the news I have for you and some changes I made on paper during the short time I had to pay attention to modding in Palermo.

All my time that I worked on Strelok's Diary in the city of Palermo - Italy was saved on the Dropbox cloud service. As well as the draft I made using One Note to make some changes to the mod, I will list this whole list here for you and I also want to ask the opinion of everyone who is following the mod if it is worth implementing in Strelok's Diary, remembering that this mod will try to keep as much Vanilla as possible.

My plan for the Shadow of Chernobyl weapons is just to correct their position in the HUD, bring the CoP textures to SoC and change the properties of all of them (recoil, accuracy, handling, weight, price, damage). To keep as much vanilla as possible, I didn't want to bring any HD texture or more realistic models like OWR or AO3. Not all players like to be forced to play Stalker with these addons.

So my proposal would be to keep the models and animations in Vanilla as I already said, or to bring the LURK mod models and make my own changes so as not to get a CTRL+C CTRL+V.

If some players prefer the Vanilla models and others the Lurk models, it is no problem that I launch the Official version of the mod with the two optional versions (Vanilla Weapons, Lurk Weapons)

In order not to extend too much about weapons, both versions will have the same amount of weapons and the same changes either in sounds or properties. But it is clear that reload sounds will keep the original according to their respective standards. In Vanilla I will correct some faulty sounds and in Lurk I will not need it.

Now speaking of Suits, yes in relation to Strelok's Diary suits it will be full of them. I've been looking at some SoC and CoP addons and mods where I will be removing the suits and importing into Strelok's Diary.

At the beginning of the development I would add only 4 or 5 more suits but then I was using my imagination and I want to add a ton of suits. And as I said it will not be a ctrl + c ctrl + v, I already made my own changes with the Vanilla suits and in my opinion it was very good, but the reason for increasing the quantity of suits is not only the variety but the difficulty for the player to choose which suit he should wear.

"Damn AIxStrem, it's obvious that I'm going to choose an Exo suit over a SEVA Suit."

That's the problem, the SEVA suit or Exo suit will not always be the best option for the player. Sometimes it will be a little tricky for the player to choose which suit to buy and which to wear.

To be more explained:

Suppose you arrived on the mission where you have to enter Lab x16 to disable the bloody giant brain. You will look at your Stalker suit and see that it will be difficult to get in there with it, because of several mutants and zombies, and the Stalker suit in Strelok's Diary is no miracle.

You will see later that the anomalies in Strelok's Diary will be 10x more deadly than the standard Vanilla. So the player will be in doubt as to which suit to wear and which medications to take, as there will be a huge variety of medications and this issue is further ahead.

And here ends my idea regarding weapons and suits.

I said I would compile as many textures as possible for the sky and thus leave Strelok's Diary like no other mod.

But I changed my mind, and I saw that I would have a lot of work to add countless textures to the sky and also when organizing which texture to appear at a certain time of the day. I tried but got lost and disorganized.

And here's my change. Instead of doing all this useless work, I will use the SWO3 mod as it has a beautiful dynamic system. However, instead of using the sky textures that SWO3 offers I will substitute the textures of Atmosfear 3 for CoP.

Well folks here I finish showing you my proposals regarding weapons and costumes and my change in the texture plan for sky.

I hope to soon show you some exciting screenshots. 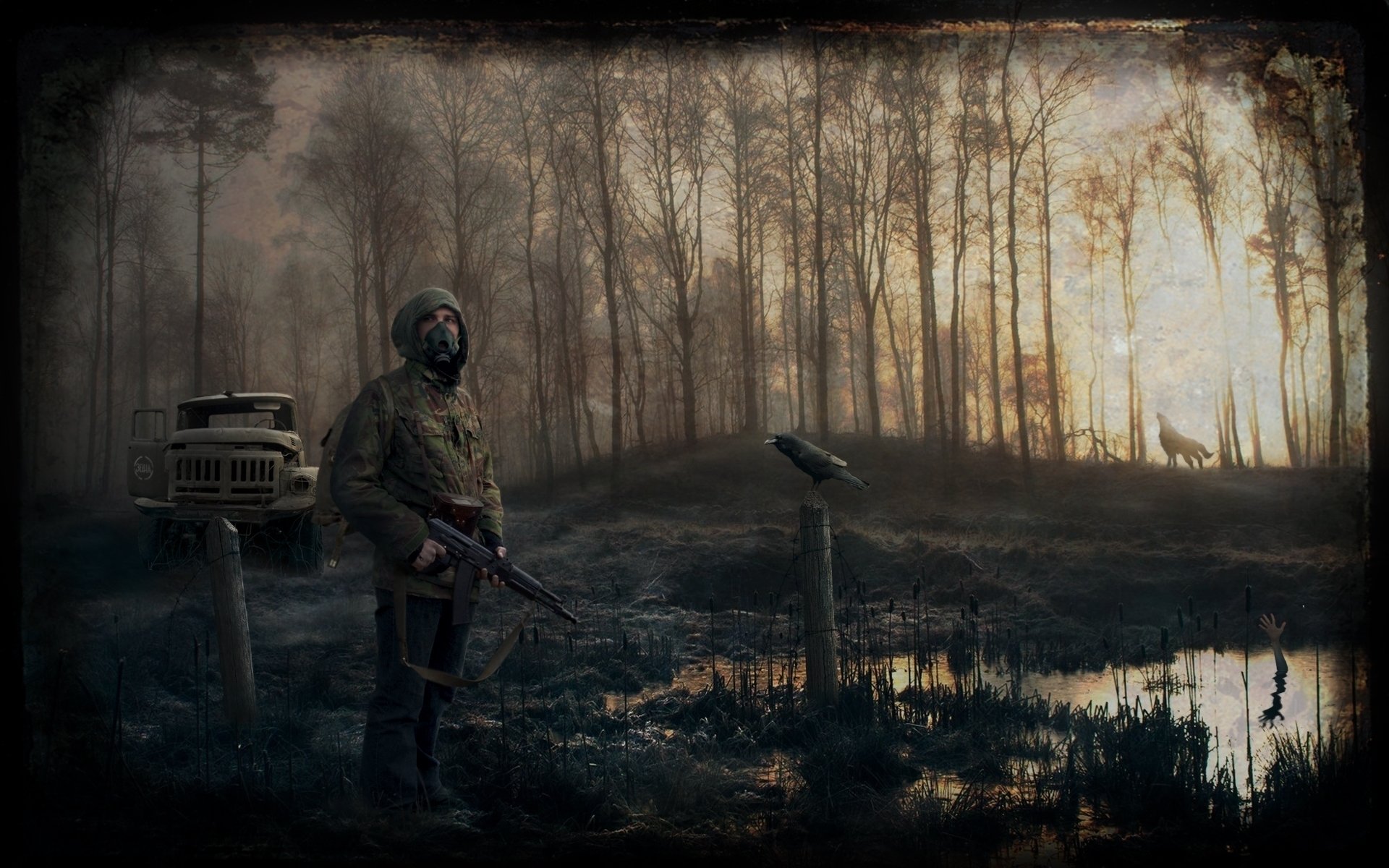