After more than eight months since the last update, we proudly announce the latest version of Back to Basics which is the most polished, complete and balanced version in the history of the mod! 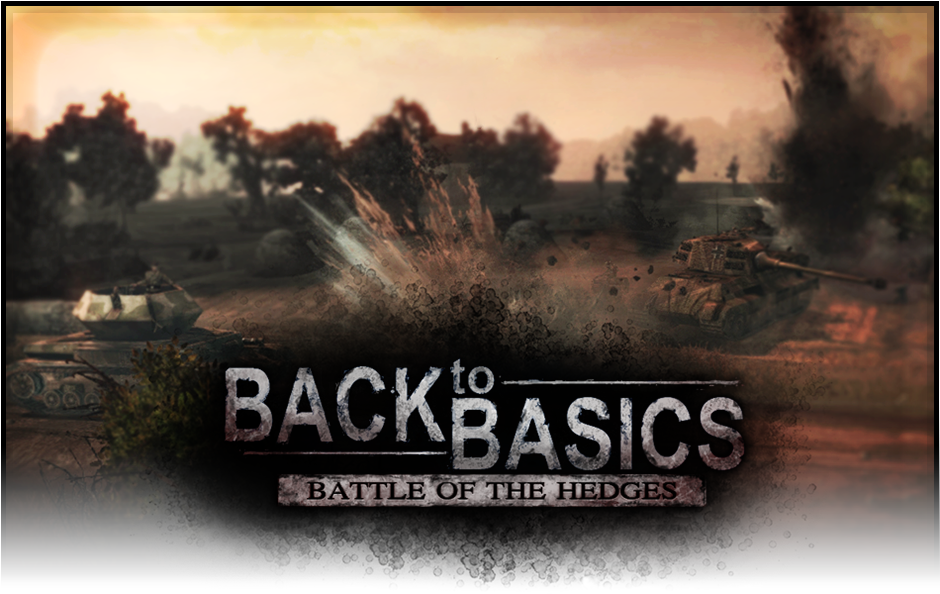 
Back to Basics fans,

Version 3.0 has been released! It has been more than eight months of development and we have a lot of changes included. Now for some details of what this release contains:


Read full changelog over 500 changes! written in a readable format, in case you're interested in something specific

We would like to thank everybody who plays the mod, and especially those who send us all the feedback. We express our apologies for postponing the release for such a long time. The work wasn't idle during all this time, however, we hope it will be fully worth the wait!

As it is only AGameAnx and I who develop the mod, there's always a chance we have overlooked something. Please remember to give feedback about your gameplay experience while playing the mod!

the mod doesnt work for me, when i try to launch it from the shorcut it says that it cant find any of the files

Hello. The shortcut provided is only an example, and will only work on default installation of company of heroes. The intended purpose of the shortcut is to show you how your own shortcut should look.

To play the mod you need to create a shortcut of your RelicCOH.exe, which is located in your Company of Heroes folder. After you've made a shortcut, you'll need to change its target with a couple of parameters, which will indicate you're launching a mod. To do so, right click your shortcut, go to properties and add " -mod Improved -dev" to shortcut's target (2nd tab). Like I mentioned, you can use the shortcut provided in the package as an example for how the result should look.

IMO this is one of the best mods, but there is 1 thing that drives me nuts and probably will lead me not to play it on open maps. This issue seems common to all mods and is present in vanilla to some extent also. Its the AT gun God mode. Here is how it played out in my last game. The AI's AT gun was leading an assault with the an MG squad and volks inf a ways behind it. AT guns are not meant to lead assaults because a 3 man crew should go down quickly to all manner of attacks out in the open.

So the AT gun has no cover and I am hitting it with two quad half tracks at point blank range. One from the flank and 1 from the rear, while the AT crew fires at me with revolvers. The AT crew itself appeared to take no damage, while the actual gun had taken just a sliver of damage over 20 seconds of firing. My half tracks were taking significant damage from the MG and volks squads and I would have had to withdraw simply because it appears it would take over 2 minutes to destroy the AT crew or better with 2 quads. The AT crew never was even phased, didn't try to withdraw or anything. I was playing on hard difficulty, not sure if they get HP buffs or what.

The thing of it is, those side shields offered little protection for AT crews and certainly none while attacked from the rear. They wore no armor and in fact Allied crews rarely even used the shields. In so many mods, the AT gun is the most powerful single unit on the entire battlefield, especially for the cost.

Hi. Thanks a bunch for your feedback!

Just to be clear: AI doesn't have any health buffs and the fact that it leads the attack with AT crews is just a random occurrence which I don't have control over.

Otherwise, seems like a bit of a bug. We'll definitely take a look! Even besides what you said they felt a bit weird before. It was a matter of balancing why they ended up as strong as they did, and other times it still feels like they die pretty fast, but what you've reported definitely doesn't seem right. Again, thanks, and expect this to be looked at in the next patch :)

Back to Basics Mod Team Developer