I'm ungrounded and the mod is back into production.

Finally I am ungrounded, and the mod can begin production again. During the time however, Killi101, our head modeler, has made some very nice models for the mod, which you can see in the image section. Here are some nice images of the base model for the map lz_classic he has made. 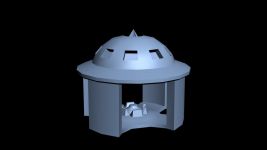 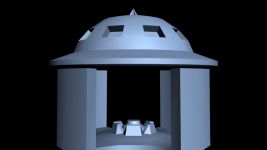 There is now an updated banner for the mod, I've been meaning to change it for a while. I am going to scale down lz_clasic a little bit, so that it is smaller and easier to play on. After that, I will begin working on lz_skybase. The map basically consists of two large bases connected with metal grates and platforms suspended in the sky.

That's all for now! See you on the next update!

Good! I thought this mod was dying.

I told everyone that the mod wasn't dead. :P

how old are you?

I signed up to moddb just for this mod. I would like to join your team as a mapper.

Also, can I suggest you get different models for the guns? I play gmod, and the CS:S weapons are so overused.

The css weapons are just place-holders. If you look in the images, we are already working on new models for the guns. If I can see any work, I may consider you to join, as we do need one more.