Back to modding for me!

Hey guys! I had a great time in France (Yes, camping...). I thought that I'd spend the two weeks lounging around, having a good time in the sun, leaving the mod to simmer until I come back. But after a few days of sitting round our huge dome tent, with pretty much nothing to do, I decided I might try my chances at some modeling! I had not much to work from as I was away from home, but I did my best to whip up a few of the needed units for the mod. Luckily, the campsite had a bar that had WIFI there for everyone to check Facebook

or whatever. So as soon as I created a unit, I had it clay rendered and the result would be published on ModDB as soon as I could. 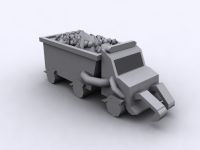 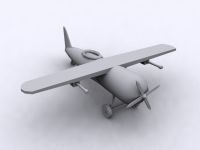 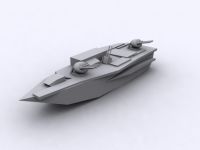 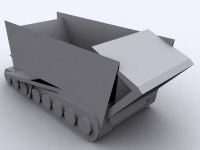 I hope to see plenty of feedback from all of you, so we can have this Red Alert 3 Mod of the best quality possible!

I've decided that the Conquer and Command Mod page needs a bit of a brush up, so as a part of this, news updates will be more formal in a sense that the content in them will be catagorised into two groups: The Recent Update/s and Future Updates to look forward to in the near future. Also, the other part to this "brush up" is that Red Alert 3: Conquer and Command has now become available on Facebook!

You can reach the page here:

Be sure to become fans on your personal Facebook accounts.

Over the next two weeks, the team plans to get a lot completed in order to get the BETA release underway as soon as possible during the month of September. Such updates include:

- Created by Gen.Kenobi and his GRANS Productions Team.
Registering at GRANS Forums and posting a reply on the BETA Race forum will allow you to be the first to test the new BETA.

I registered to Grans Studios Forums.

it sends you an email to the account you registered with, inside there is a link that you click and once you reach the page, your account has been activated ;)