Today will start showing how the Aztec third age will look like.

In our last updates, we shared with you the Aztecs' 2nd age: units, myth units, buildings, and technologies. Today we want to share in general terms how the Aztec 3rd age will look like; we have also made lots of changes to the Aztec Major Gods and the Tlatoani.

As usual, this update will not cover anything related to third age mythology (minor gods, myth units, god powers, or myth techs) that will be covered on a future update, for now, will only explain the general culture aspects that are shared by all Aztec Major Gods. All of these features will be shown on a future gameplay video.

So, forget about that, this has been completely revised and reworked, now All Tlatoani will have a common aura effect, which is that they will speed up the construction of the military buildings, except for Quetz who boosts economic buildings). Additionally, each Tlatoani will have a unique aura effect and active bonus according to the major god (more on that later). As heroes, they are still strong against myth units and they will still be able to transform into a myth unit called Nahual by paying a favor price, the type of Nahual that will be available depends on the chosen major god.

Changes to the Aztec Major Gods

After some testing and discussion, we have decided to change the major gods’ bonuses and abilities in order to focus them on a particular game style and make them more unique. The changes are as follows:

- The idea is that Tezcatlipoca will be the most aggressive of all gods, you want to drop your barracks and start producing enemies to rush the enemy as soon as you reach age 2, whenever you fight Tezcatlipoca you know you'll be rushed.

- For Lore reasons, Tezcatlipoca was a god of war and patron of the Telpochcalli and jaguar knights, so it makes sense for him to have these bonuses.

- We want Huitzilopochtli to also be an aggressive god, but not the same way as Tezcatlipoca. Huitzilopochtli players might want to take their time improving techs in order to have better quality warriors and capture as many enemies as possible, which in turn will grant them lots of favor, synergizing with the free myth bonus and available minor gods such as Mictlantecuhtli and Coyolxahuqui, Huitzilopochtli can have a really strong third age game based on myth units

- As for lore reasons, as the god of war, he was the main Mexica god to whom sacrifices were made and who commanded them to daily feed him with the hearts of his defeated enemies.

- The gameplay intention is that Quetzalcoatl is not meant to be an aggressive god, but rather a defensive one, with better defensive structures than the other two gods and stronger villagers, this also synergizes well with his unique techs that emphasize economy and defense.

- Lore reasons: Quetzalcoatl was not a violent or warmonger god, but a god of technology and life who was famous for being a great ruler and for the great abundance periods during his reigns. The Calmecac academy on which priests studied, as well as eagle warriors, were consecrated to him.

Nobles’ Quarter - The second Aztec military building, it allows to train expensive and more specialized noble knight units. These units are to be used during the late stages of the game. Noble units are far more expensive and take far more time to train than Youth’s Barracks units does. However they can be useful in more situations as they have two bonuses, one main bonus for dealing with a type of unit and a smaller second bonus for fighting another kind of unit, and they are countered by a single type of unit. 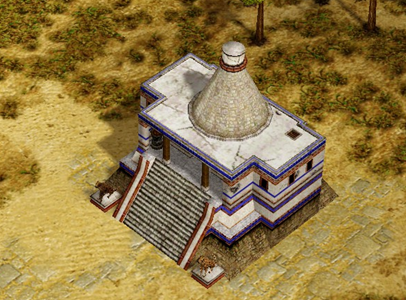 Calmecac Academy - The Calmecac Academy is the Castle-type building for the Aztecs, it is not as expensive or strong as Greek, Chinese or Atlantean fortresses but rather is cheaper and weaker, similar to the Norse Hill Fort. In addition to its defensive qualities, the Calmecac trains the rest of the Aztec warrior-priest hero units; each major god's unique unit is also trained from here once Age IV is reached. 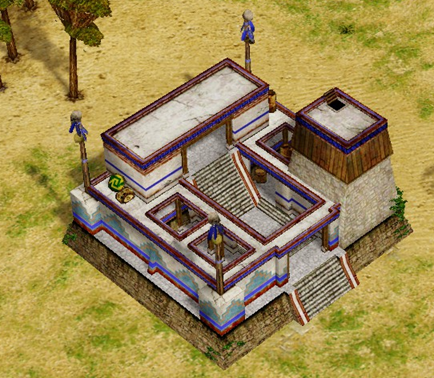 Cuextecatl Warrior: Armed with a mace and a shield, melee unit that is good against infantry. Weak against archers and counters infantry units at melee

Jaguar Knight: Dressed as a jaguar and armed with a shield and a macuahuitl; a good melee unit for dealing with enemy infantry, his second bonus is against cavalry. Weak against archers.

Eagle Runner Knight: Dressed as an eagle and armed with a tepoztopilli spear; a runner unit that is good against cavalry, his second bonus is against archers, due to his speed can also take out siege weapons with ease. Weak against infantry.

Otomitl Knight: Armed with an atlatl, this unit is good at countering foot and mounted ranged units. His second bonus is against infantry. Weak against cavalry or runner units.

Celestial Priest: Dressed as a constellation and armed with an atlatl. This ranged attack hero is good at fighting flying units as well as other myth units, has no support role, and cannot gather relics. Only five can be trained. 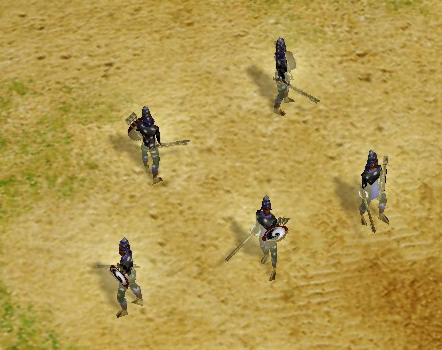 Battering Ram: Similar to the Norse ram, this ram-type siege weapon is good at taking down enemy fortifications.

Tameme Caravan: since Aztecs lacked a strong animal for hard work tasks, their caravan animal will be men. Tamemes as porters were known will do the caravan role for the Aztec faction! Their cost and stats are the same as every other culture.

Age III will unlock two new naval units, this is not hard to guess as they are the regular naval roster: Ramming and Siege canoes. However, we won’t talk a lot about them as we want to leave naval units for a later post on which we will talk in-depth.

That's all for today's update, our next update will be a post featuring the mythological aspects of the Aztec third age, we are close to complete it, however, we won’t give an estimated date because we don’t want to disappoint anyone. So just stay tuned until our next update.

As a bonus, here’s a gallery of third Age pictures: 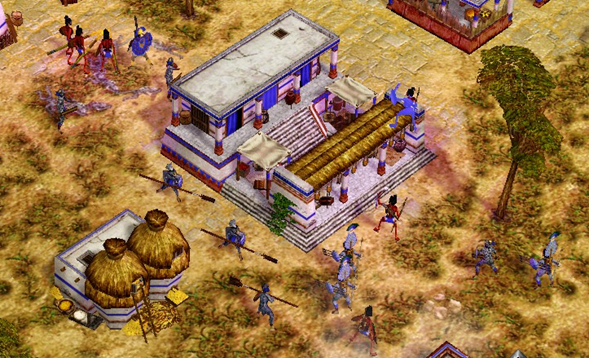 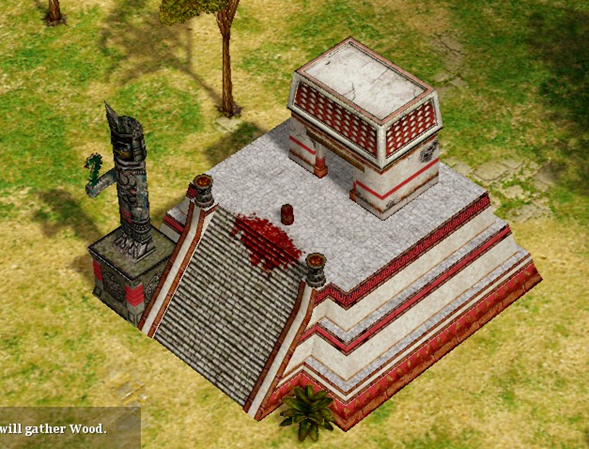 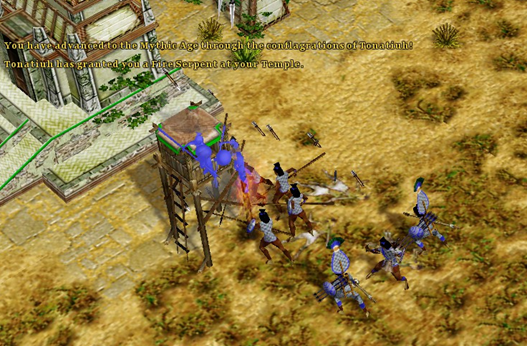 Taking down an Egyptian fortress: 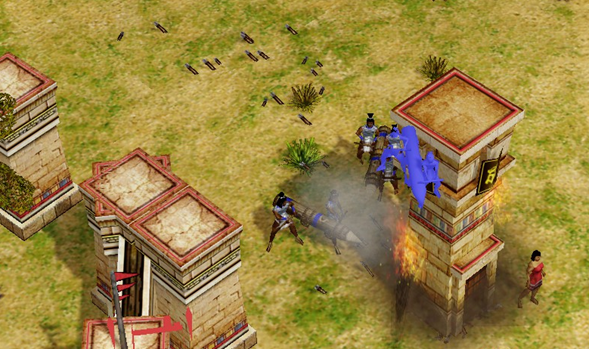 we will talk in depth about mythology on a future post, for now I will only say we got ready 2/5 ;)

Okay cool, thanks for the reply. Looking forward to seeing it.