Today you ll learn how I make sprites of alien vessels for Awaken: Underwater odyessey. Describing the process from first idea, concept sketch, drawing rough outlines and filling them with colors.

Hello Everyone! Todays post ll be about making pieces of graphics for Awaken, describing the whole process starting with idea inside my head till finished sprite. 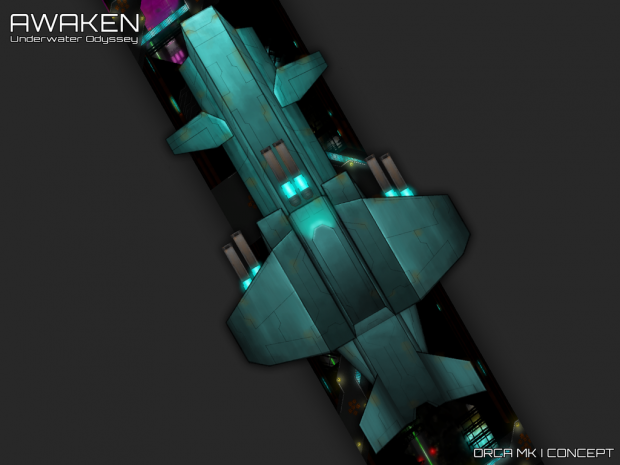 Added this step about month ago as I finaly found courage to start drawing simple concepts and bought my first wacom tablet. I ve never drawn before if exclude obscene pictures in my schoolmates notebook at elementary school good twenty years ago and did not hand write anything for a decade except for signatures. So yes, I was bit afraid about drawing but after sketching couple of obscene pictures(again)and watching few tutorials on youtube I realized drawing concept before start preparing sprite will help me a lot. Unfortunately I cant afford stop working on Awaken, just to practice drawing even it would help the game a lot, but it is definetly something i ll want to improve for future projects(Yeah, allready thinking about AWAKEN: Death Squad - top down alien breed like shooter). 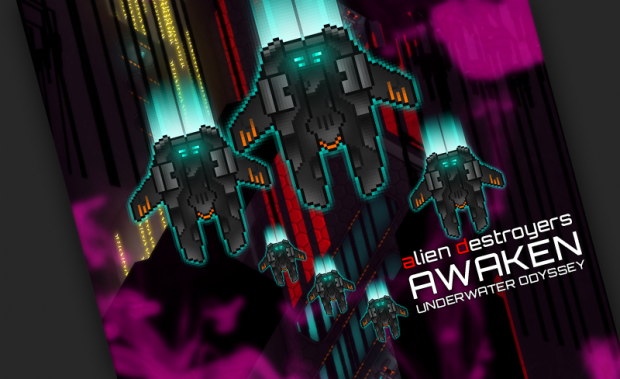 Awaken been throught many waves of graphics reworks and especialy enemy sprites. I ve got a lot of trouble with consistency as when started working on the game I knew nothing, just opened mspaint and started messing around with pixels until i got something that looked OK to me. However with time spent on the game, my expectations and skills grew bigger. Better skills? Thats great! One would think, sure it is, but after importing all the fresh new graphics in to the game I realized they do not fit together and started with reworks.That continued for about 4 months, every month, every time my ability to combine pixels in to something eye pleasing improved the need of rework of everything to keep consistent impression emerged. 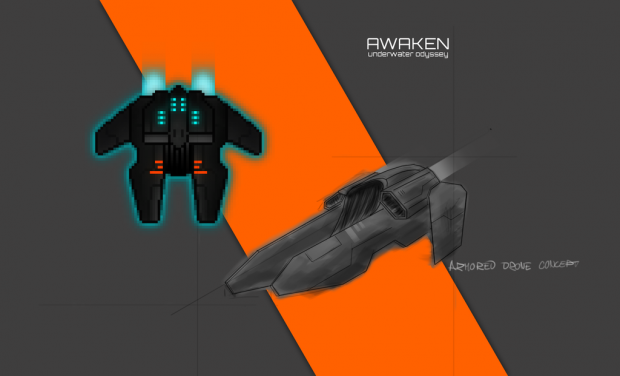 Thats why I created alien ship parts library! Library of small sprites of ship components that can be combined together to create sprite representing alien ship. It not even solved the consistency problems but allowed me to be more flexible while creating enemies as now ship components can be moved around freely until I got demanded ressult . Unfortunately as my library is not as big as I would want it to be, I still have to draw at least base shapes of the enemy to avoid repetetiveness.

COMBINING ALL I HAVE TOGETHER 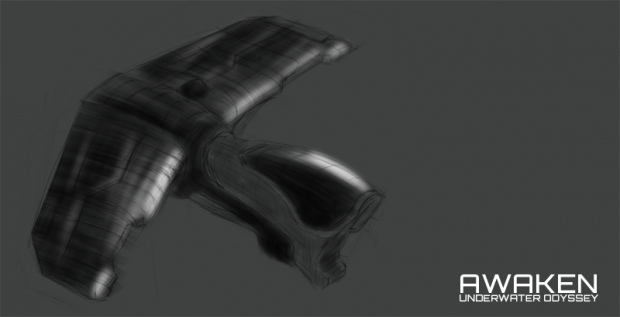 So how do I make the enemy sprite? Fist it have to appear inside my head, or at least a shadow of it. Then I start with quick sketch as having some kind of refference image helps me with rough outlines of the sprite whitch is actualy hardest part for me. Then i ll have a look in to my ship parts library examining whitch parts I could use. With all of above set down on to canavas its time to start with filling the outlines with colors. This is the part I enjoy the most as pasionate painter of warhammer miniatures and I treat the sprite exactly like the plastic model except im not operating airbrush but with pencil in graphics program.
Hope you enjoyed reading today and cant wati to see you next time in here as i ll show you probably last dev. diary video as next one ll be probably full game trailer.