This map – is a bus garage complex, and it has a real analog, in the north part of the Moskow, in the Bibirevo district. In City-12, this place is abandoned for a very long time. Even Combine try to not show up here, because this place don't worth an instant risk of massive zombie invasion from severs. But rebels don't mind this problem. Zombies are not the worse neighbors in this cruel world, after all. Especially, when a ideal and safe pass to one of the most important habitat and industrial complexes of City-12, is on stake. Map is WIP right now, it needs a lot of things, in detalisation. 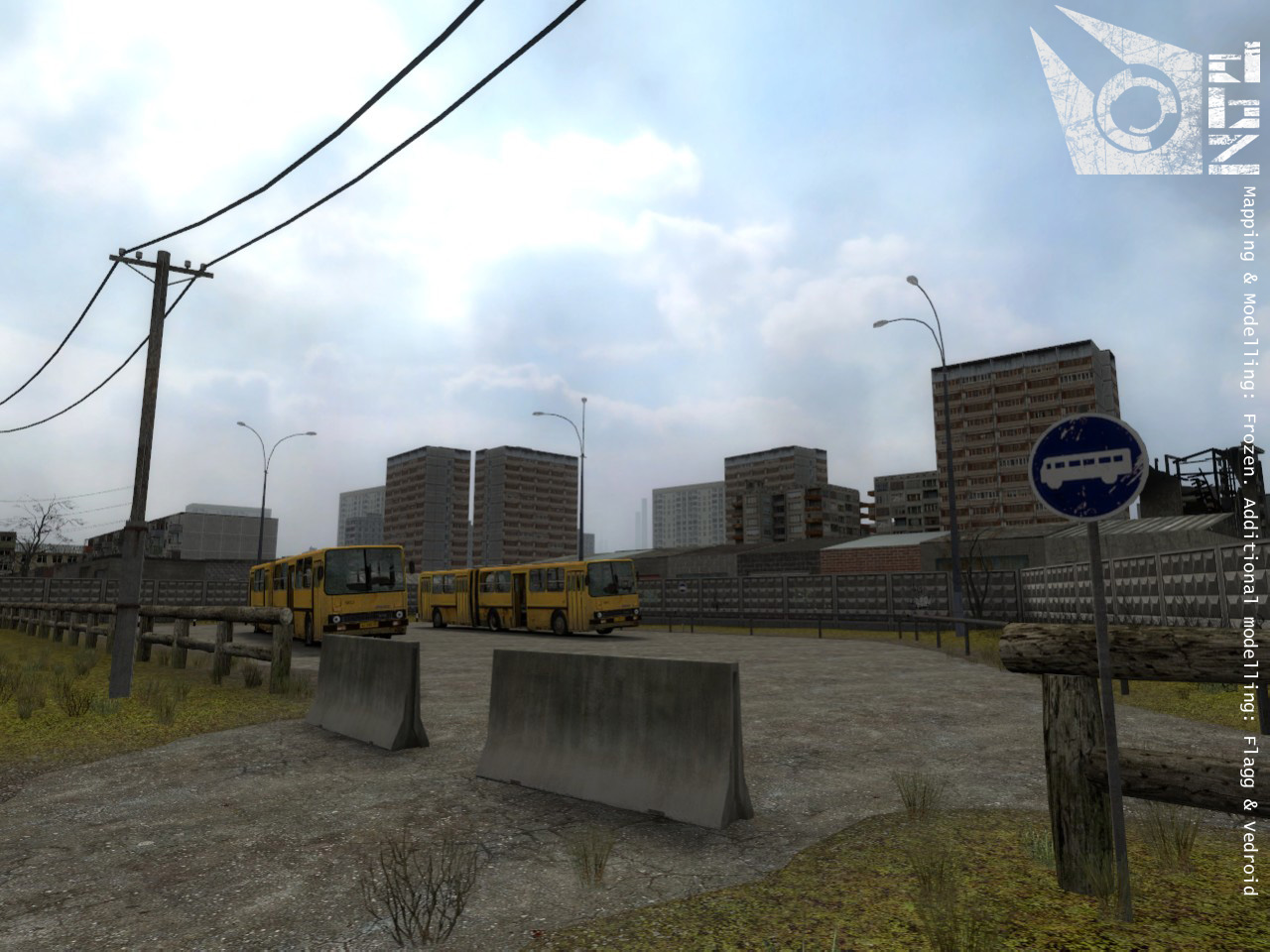 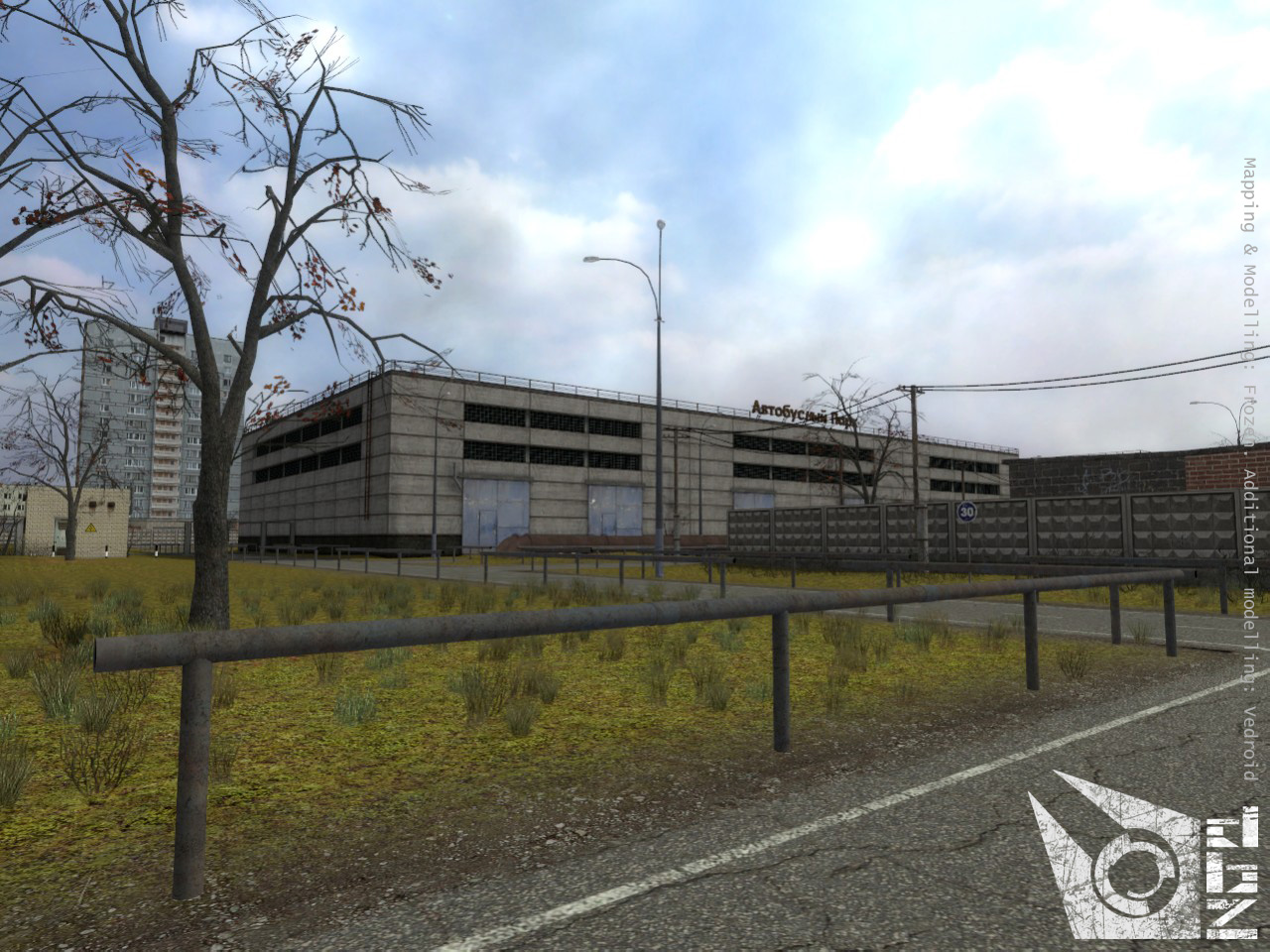 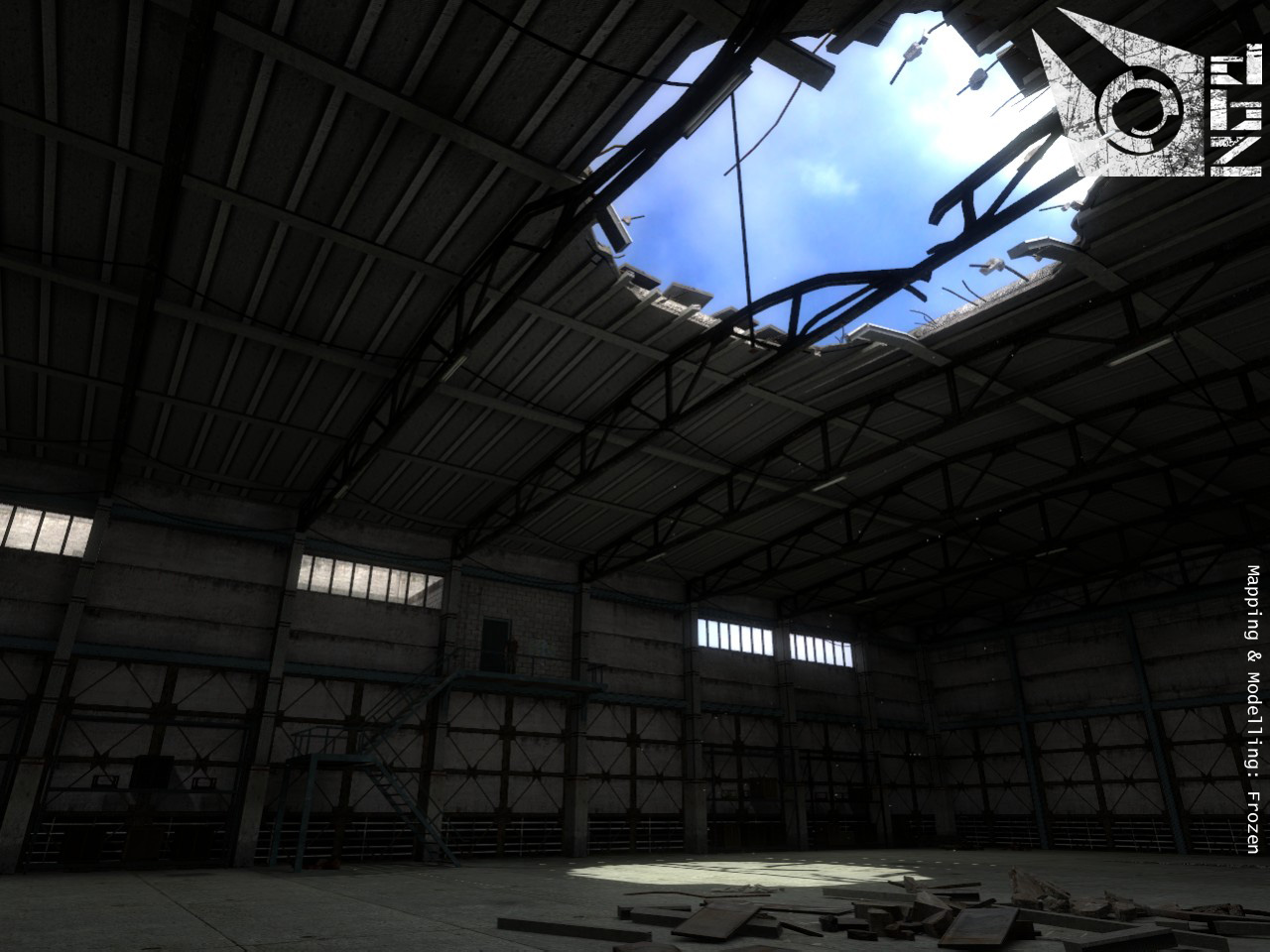 And this is a batch of props I made for abandoned soviet industrial buildings. Just examples of them, and a full view of this collection you could see later, as parts of the map. One of those props – is a my first hi-poly model. Well, this is very interesting and exciting experience, but it takes too much time for one small humble prop. 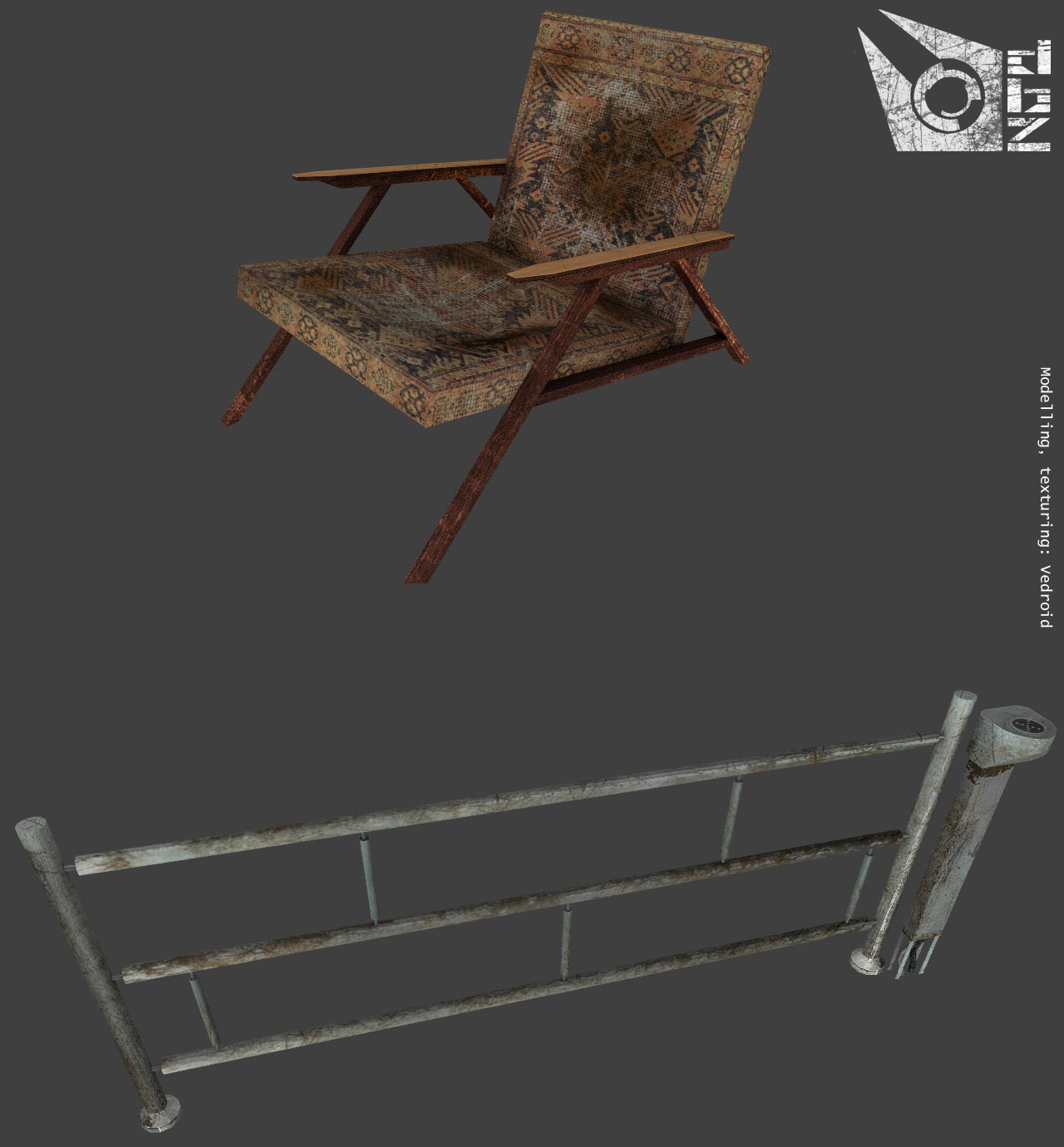 Now, we want to introduce you the APS (Stechkin's Automatic Pistol). One of the most powerful pistols, ever created in Russia, and, maybe in the world. The choice of “Alpha” Special Forces. It demonstrates a great power of impact, very long shooting distance, and ability to shoot small, but fast bursts. 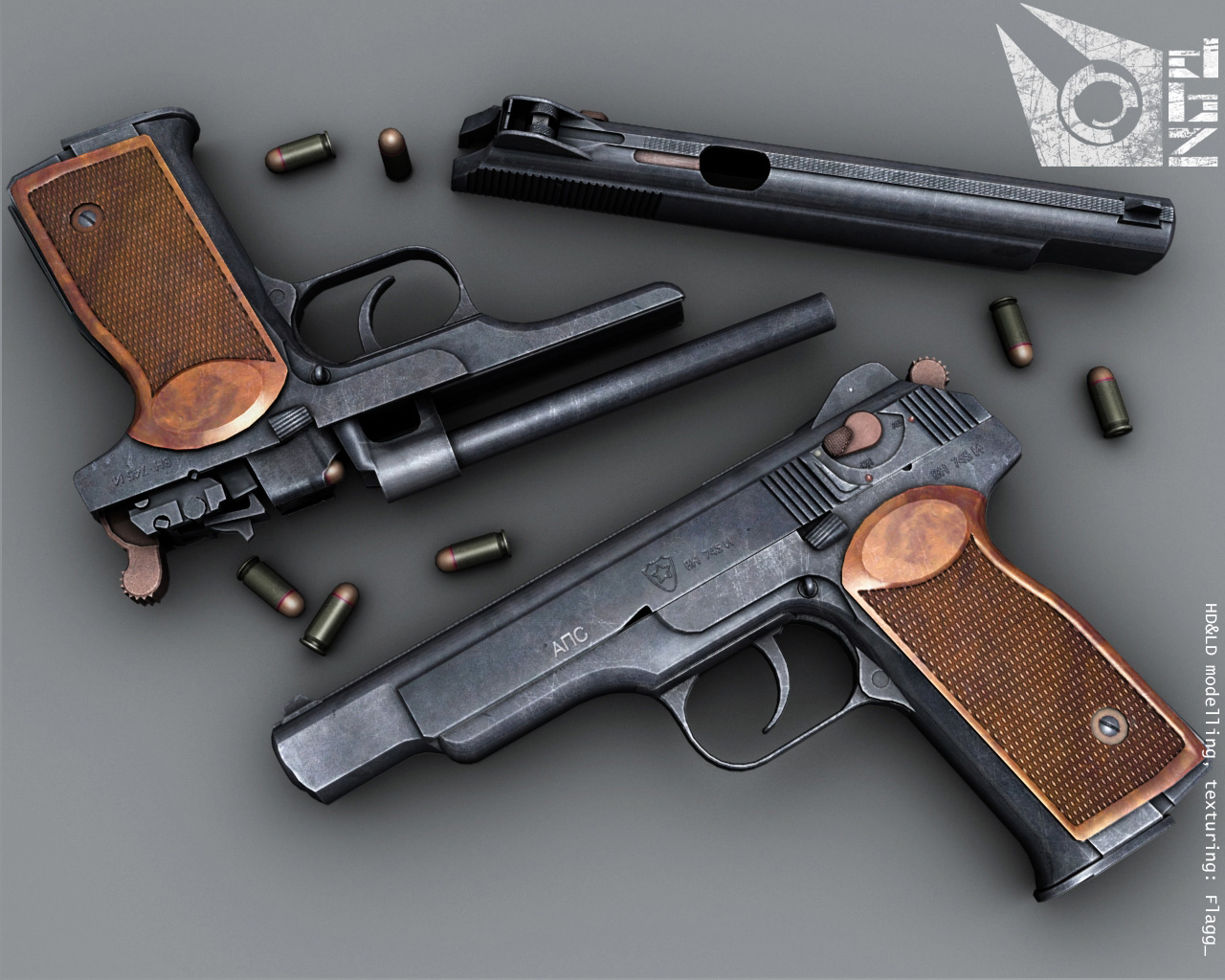 And, finally, the central figure of this media release – the Fastwalker. We show you only a concept, for now, but at this moment, the most part of the mid-poly model is already done, and some of hi-poly details are on approach. 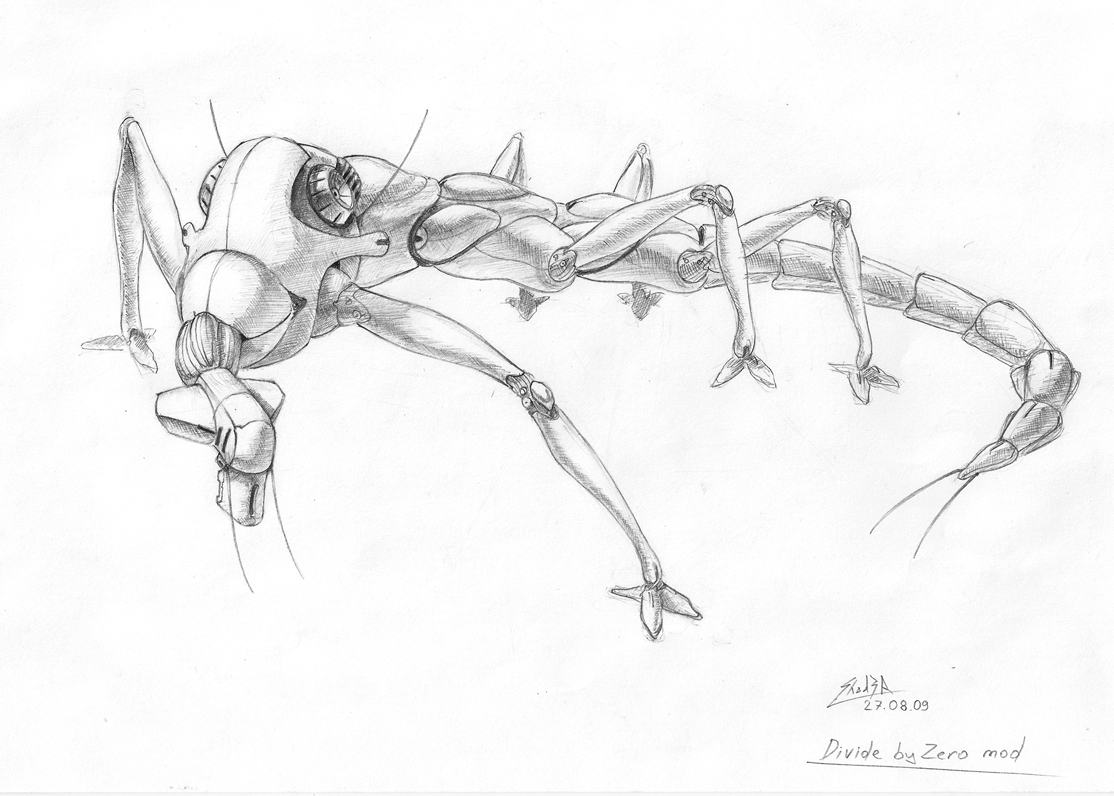 This creature is a Synth, specially designed to hunt down humans, hiding in dark corners of the big city. The heavy version of this synth is a Hunter(Ministrider), but it is too big and clumsy for close combats in urban undergrounds.
The Fastwalker is really fast – it needs a perfect agility, to face this creature, and survive. But if you are good in shooting – some direct hits with a shotgun – and the problem is gone. If you are fater than it. A lot faster, because, if Fastwalker feels itself bad, it can... pupate, in a manner of speaking. And it will be invulnerable, until you clear the safe distance. And, not because only that. You cant run away from it, and its strong legs, and sharp claws can torn you apart very fast. Or, just shoot you with a built-in lightened pulse rifle.
So, as you can see, the Fastwalker could play a role of the “boss”, on the first encounter. And it will.

That would be all, for now. But we will return soon, and show you more :)

this is high quality work. I look forward to watching your map become even more alive. And I especially look forward to seeing your synth in action, even if it is halfway finished.

Really incredible work. The modelling and texturing is outstanding, and the mapping looks really well done too. Cant wait to see more from this mod :D

Some qual looking work there. Especially the pistol texture!

this looks great, i love the pistol model