Halloween was great for Hollow Knight with the launch of the Grimm Troupe free content pack, and now Hollow Knight featured for the Steam Autumn Sale! 34% Off!

Hollow Knight is currently 34% Off on Steam so now is a great opportunity to buy the game at a reduced price! [link] 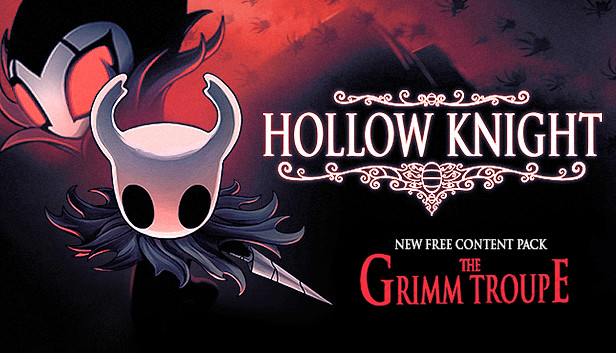 We’ve kept this lid on this one for a while now, and our friends at Ghost Ramp have gone and unveiled this stunning, limited Vinyl set. It features all of Christopher Larkin’s award winning (Has it won awards? It certainly deserves to!) HK music across 2 very large discs. The LPs are all packaged up in a snazzy black & white sleeve with art by Ari, who can barely remember drawing it amidst all our Grimm/Hornet/Switch craziness. As merch goes, we think it’s really cool! And it’s $40! Which seems like a super good price? Just go pre-order it, okay! 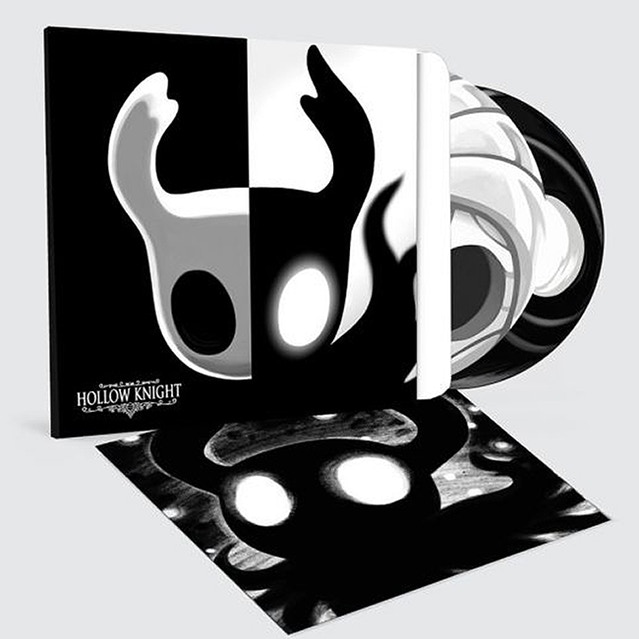 Amongst all our Holloween festivities, this one’s the tough news to deliver. Despite our best efforts we’ve recently made the difficult decision to push HK’s Switch release to early 2018.

Everyday, we hear the passion for the Switch version, on twitter and in our inboxes, and no-one’s keener to see Hollow Knight out on the Switch than us! We know we’ve been quiet on this front for a while, but we wanted to come to a more concrete decision before making an announcement. We’ve jumped the gun in the past with this stuff!

We’ve been working hard to get it all polished up and ready (while working on the new content in the meantime), but last week, we took a moment to do a proper assess and decided that we should give it a bit more time. We both (Ari & William) want to ensure this version isn’t just an okay port, but a great one, and our partners at Shark Jump agreed.

Why is it taking us longer than we thought to get the port fully polished? Honestly, it’s just that as first-time developers we built the game in some strange, unoptimised ways and to get things running smoothly and consistently we need to sweep back through and rewrite or fix bits and pieces. It’s an involved process, but we’ve learnt a lot for the next project and it’s a big relief to get everything cleaned up nicely! The good news is that it’s steadily coming together, and believe us when we say it looks fantastic on the Switch’s screen! That might be a bit of a tease, but hopefully it’s not too much longer before you all get to see it for yourself. Plus, a side-bonus to all this is that all of the optimisations happening for the Switch version will be making their way into versions for other platforms (PC/Mac/Linux).

With Grimm now out in the world for PC, Mac & Linux, our giant, singular target is Switch, and we’re fully-focused on getting this version all tied up and into your hands.

A final note: We receive frequent queries about release on other consoles. Though we can’t announce anything official at the moment, we can say we’ve been talking with the other platform holders, and they’ve been fantastic to deal with. They’ve also been really receptive to Hollow Knight. Once the Switch version is in the hands of all those backers who’ve been waiting so patiently for it, we’ll be properly exploring those options. Expect to hear more then!

We had a number of fans go out (into the surface world) as characters from Hollow Knight! This was great to see! [more here] 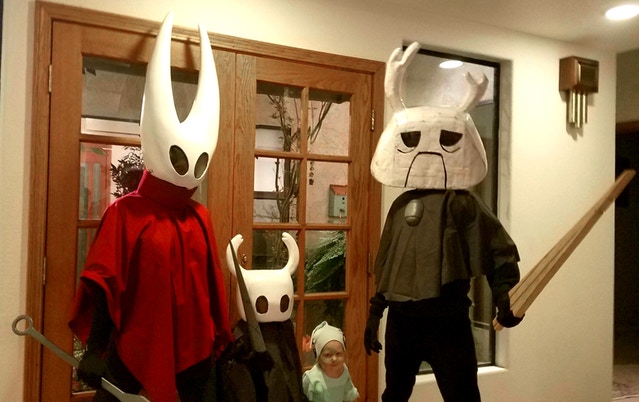 With the Grimm Troupe update, a bunch of new fanart appeared! It is always a joy to see the community contribute with their own interpretations (and stories) revolving around our characters! [more here]

TLDR: That's all for now! The Switch port has been delayed to 2018, Hollow Knight is featured on Steam for 34% off during the Autumn Sale, a bunch of people dressed up in Hollow Knight outfits for Halloween, and the Vinyl Soundtrack, by Ghost Ramp, is now available for pre-order!