One of the new features coming in Airships dev 9 is the ability for empires to join into alliances if they're feeling threatened. But what coat of arms should these alliances have?

One of the new features coming in Airships dev 9 is the ability for empires to join into alliances if they're feeling threatened. This is so the end-game doesn't become a boring process of picking off weaker enemies. At higher difficulties, the AI will be quite proactive about these alliances, and the player will face increasingly united opposition on their way to victory.

But what coat of arms should these alliances have? They can't just use the arms of one of the participants and ignore the others. Conveniently, this question came up a lot with real-world heraldry, and as a result there's some pretty clear precedent on how two coats of arms can be best merged.

The most traditional way of combining two arms is to simply cut them in half and put them next to each other. This practice, called Dimidiation, eventually fell out of favour because it can produce quite confusing results - but also quite pretty ones.

Dimidiation was mostly replaced by impalement - not the bloody painful kind, but rather the practice of putting the entirety of both arms next to each other. It's called impalement because they're separated by a pale, a vertical line.

Note that the game simplifies the arms as it combines them, which isn't something that happened much in real-life heraldry. But the game's heraldry system doesn't support arbitrarily deep nesting - even I drew the line at that!

No, not the bloody and painful kind either. Subdividing the field into four equal parts. This allows for up to four arms to be combined, of course, but in the case of two, the first one gets the top left and bottom right, and the second one the top right and bottom left. Note that in all of these there still is an order of precedence - arms on the left or top left are more important than others.

In some cases, the heraldry system can't use the above methods, mostly if one or both of the initial arms lack a heraldic charge. Instead, it seeks to combine them in some other way.

If one arms has a charge and the other does not, it produces a new arms with the charge of the one and the tinctures of the other.

And if neither arms has a charge at all, it chooses either the pattern they both share, or the pattern neither of them uses, and does its best to combine the tinctures.

But what happens when a third, fourth, fifth empire chooses to shelter under the wings of this new alliance? For alliances up to size four, the system uses quartering.

From size five onwards, it simply picks a new, unrelated, and relatively simple arms and sticks with that.

As you can see, the overall intent is to simulate the kind of discussion and horse-trading that would happen during the formation of an alliance. This is of course a detail, but quite a pleasing one.

Next up will be a look at the heraldry of pirates, brigands, and other ne'er do wells. 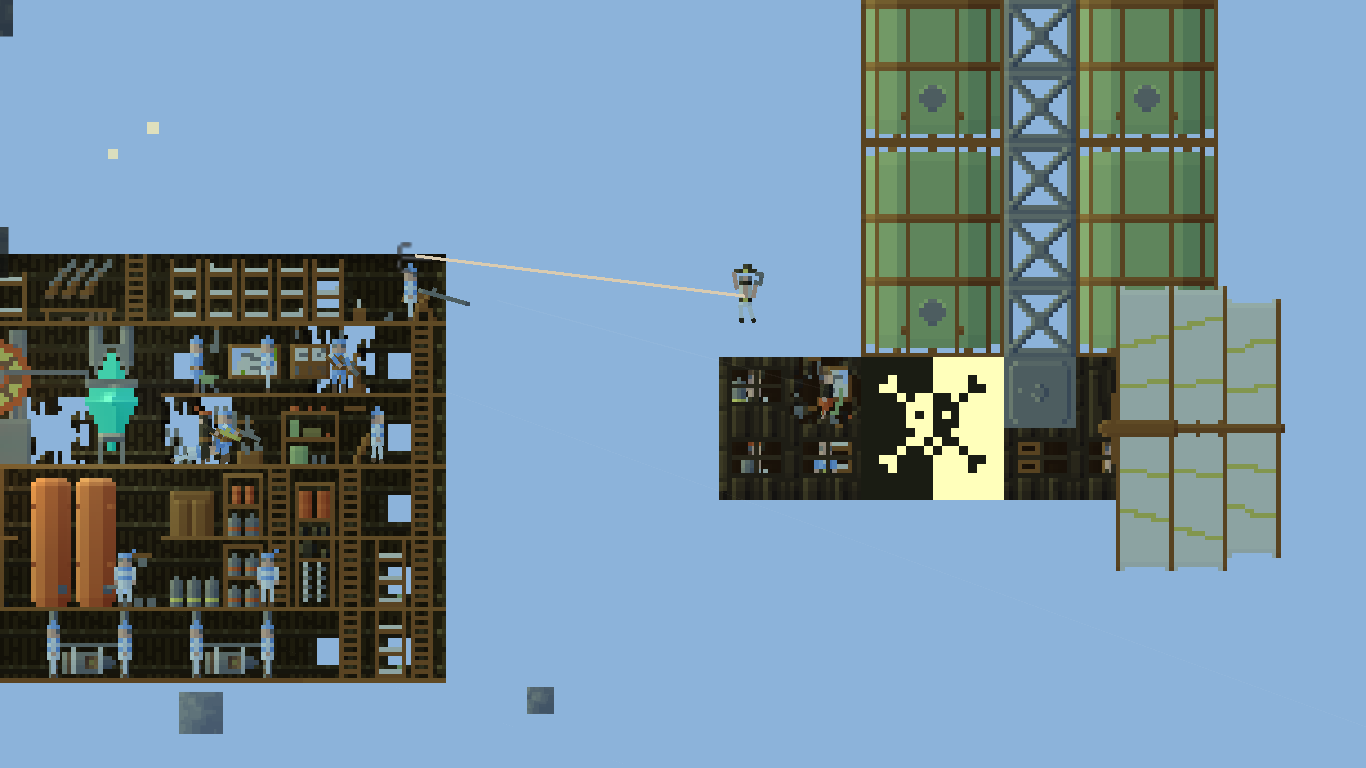 This is fascinating, what a cool process! Definitely looking forward to the next post on heraldry!

Given what little I know, don't arms signify a particular buff a faction has? If that's the case, do alliances get all of the buffs for each member empire's vessel or do they only get their own buff for their own constructions?