Info about progress over the last month including base building, random world gen, new scavenge effects, and survivor leveling and effects.

Hello once again from the depths of development land! You know there is that saying “No news is good news” and that is the case here! We are steadily moving along getting the game to an early alpha state that we feel will make for something that we can really push out to the press and get some more buzz for the re-launch of the Kickstarter. Tentatively we are looking at October for the re-launch.

So with that let’s delve into what has been going on over the last month. First off we have added a new perks and effects system. During our pre-alpha we had 3 different classes but for the alpha we are only focusing on one class, the fighter. The fighter class now has its skill tree built out for the first five levels allowing you to get a taste for the simple leveling mechanics that allow for some variability between your survivors. The great thing with this new system is that it was built not just for talent trees but also for item effects as well. Also, as with everything else we are doing, this was designed with moding in mind and gives a lot of freedom to the content designer. Once we get the tools and interfaces in place this will be another great way for the community to enhance and expand the game post release. Currently about a fourth of the functionality for the planned effect types is in place but it already gives us a huge range of flexibility with what kind of unit and item effects we can add to the game. 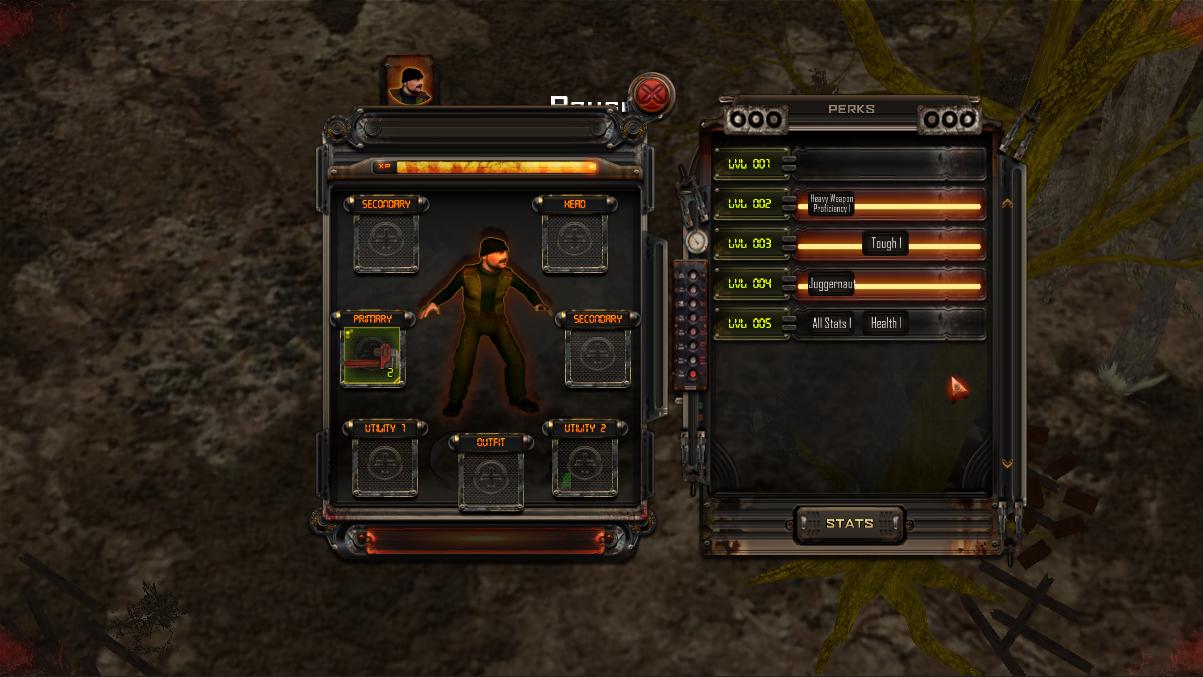 One of the largest undertakings has been converting the world from the static pre-built level of the pre-alpha demo to a full fledged procedurally generated world. As such we have been hard at work rebuilding many world assets in a more modular style. For example, the previous walls were a little more graphically appealing but made it impossible to keep the building flexibility we wanted. The new system allows the player to build things much more like lego blocks; snapping walls into place with any other wall without fear of misalignment or leaving small gaps that enemies could get through. Below you can see two very different worlds from our random generation. 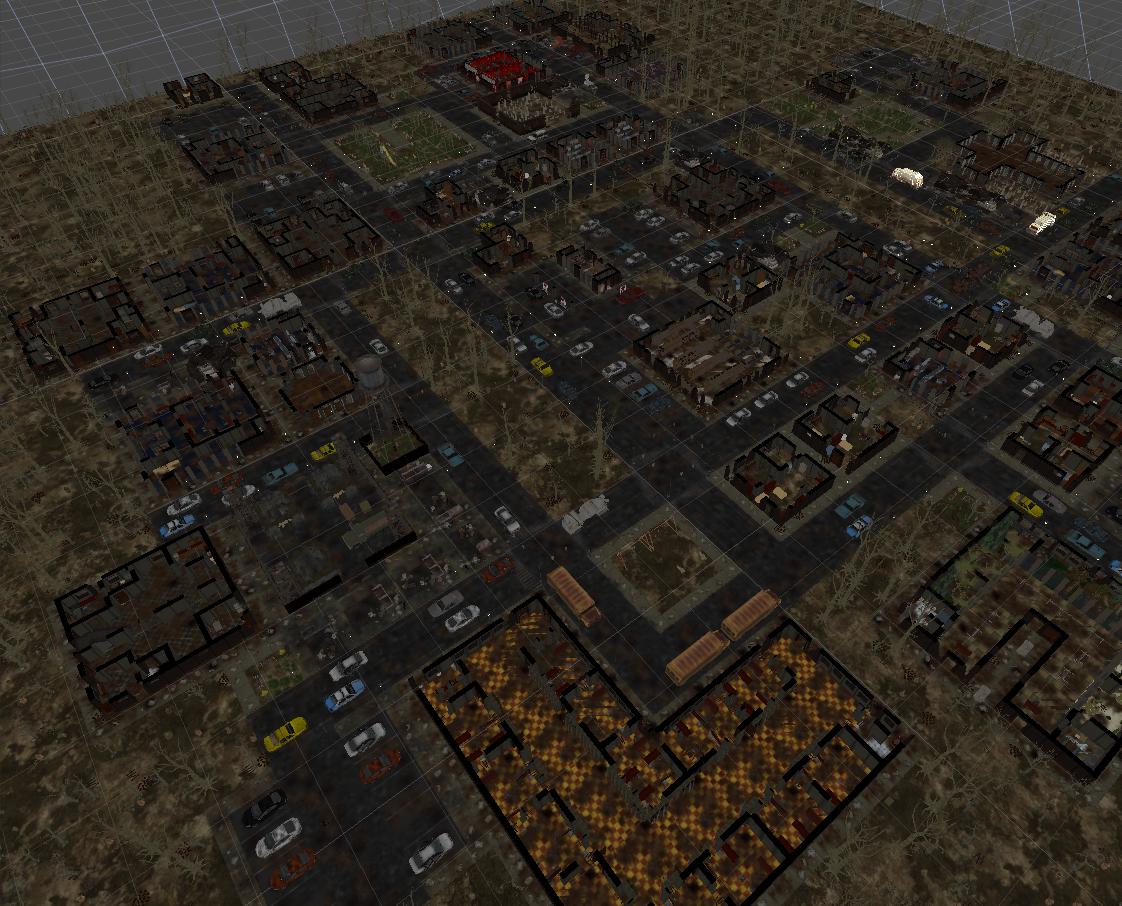 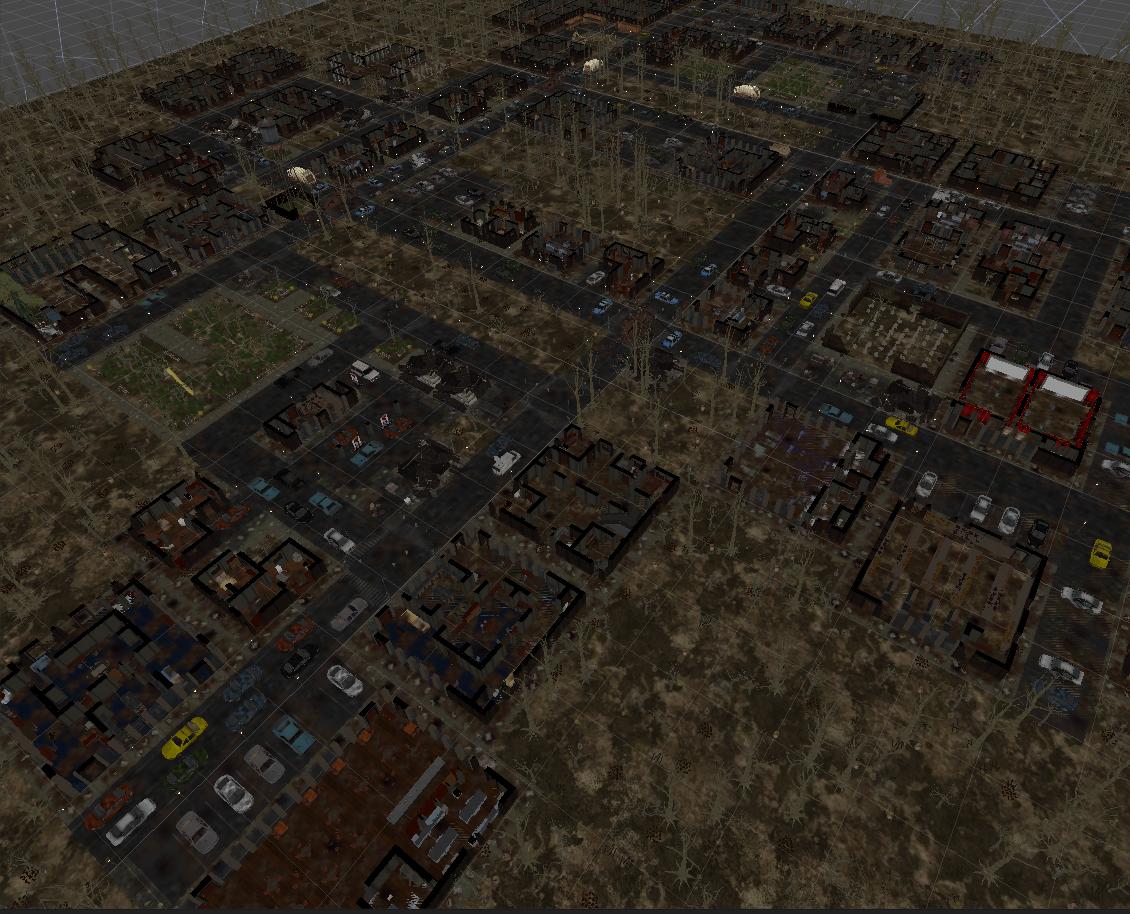 With the move to random world generation we had to re-implement and update our fog of war system with the new way levels are built. Now the fog object streams with the level as it is generated so that it is updated as the level is built in real time. Previously this was all done during the initial loading of the game which was a limiting factor now that we have the world continuing to generate after the initial load of the game.

We also started implementation of the events system and its integration into the procedurally generated world. By the end of this week this first steps will be completed and we will have a few simple events populating at random anchor points. As we get further into the project these events will grow into much more complicated and chained encounters that will be the primary drive of the game aside from the survival aspects. Also of note, the events system is being designed in the same modular way the effect system is. Once we have the tools and interface it will be possible for anybody to generate equipment that could potentially have effects associated with them, items that apply various effects, perks with various effects and all sorts of events. When the event system is more complete it will have many of the same dropdowns for the effects fields so for example someone could make an event where you interact with lets say a Toxic Waste Barrel and on a fail condition contaminate the area with an area of effect applying "Radiation" effect to anyone within it. This will give us a lot of power in making events more interesting as we move forward but again will also let players modify the game in the same way once we have the tools available!

While we have a LOT of work left to do with the base building and management systems we have moved it away from the static locations of the pre-alpha demo to free world base building. Additionally we have laid the ground work for various building types. Some of the things still to come are being able to upgrade your base, managing your survivor population while at your base and more depth around the base defense mechanics. 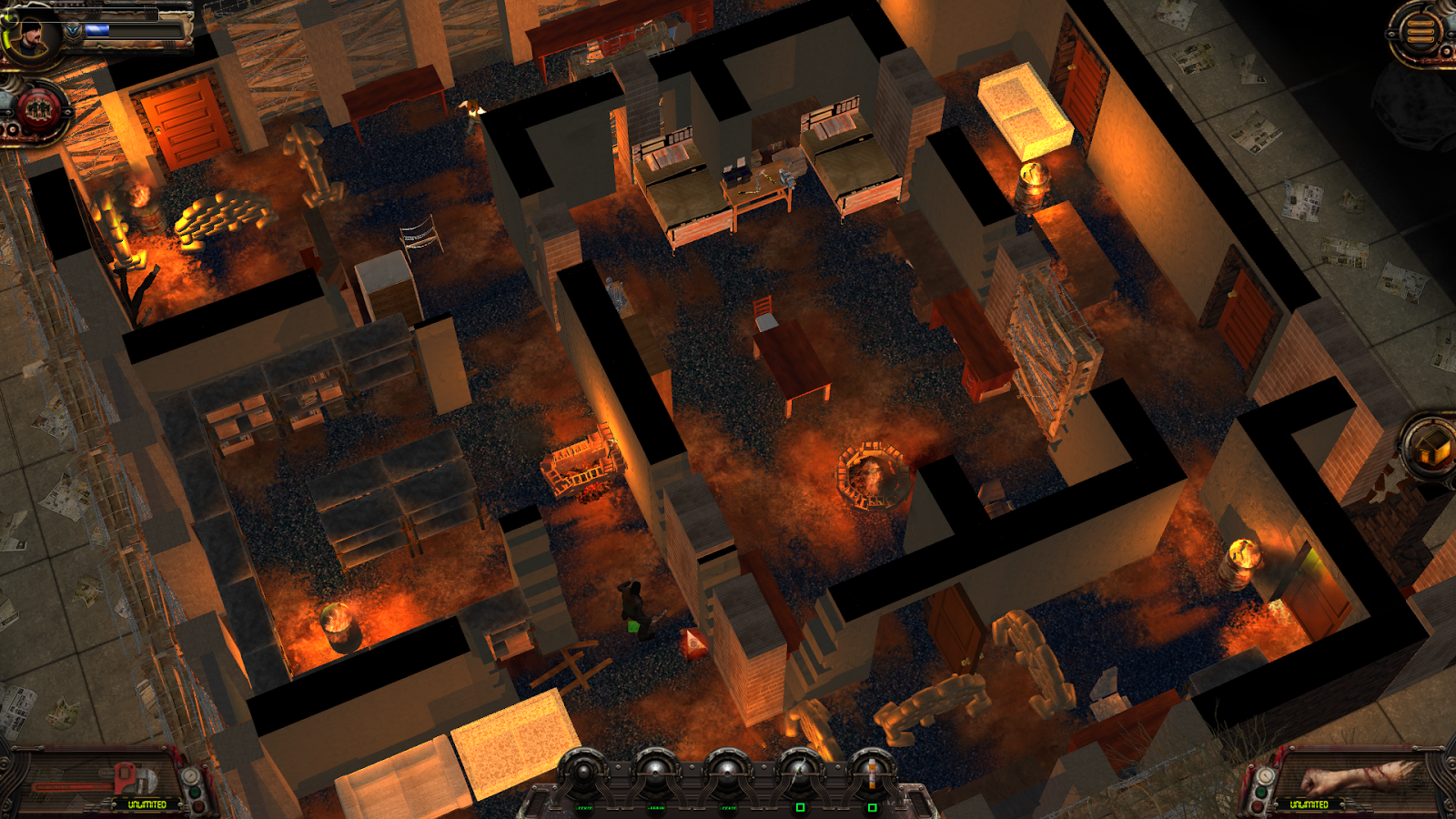 During the pre-alpha demo we saw a lot of people having issues with the pathing so we have greatly improved pathing and fixed bugs where survivors would attempt to scavenge or interact with objects through walls or other objects. It is by no means perfect yet but now you shouldn’t run to the outside of a building to try and scavenge some shelves that are actually inside the building! Essentially, we are working to get pathing to work alongside our grid system, so future custom made content can path automatically without the need to add custom hitboxes for funkily placed objects. 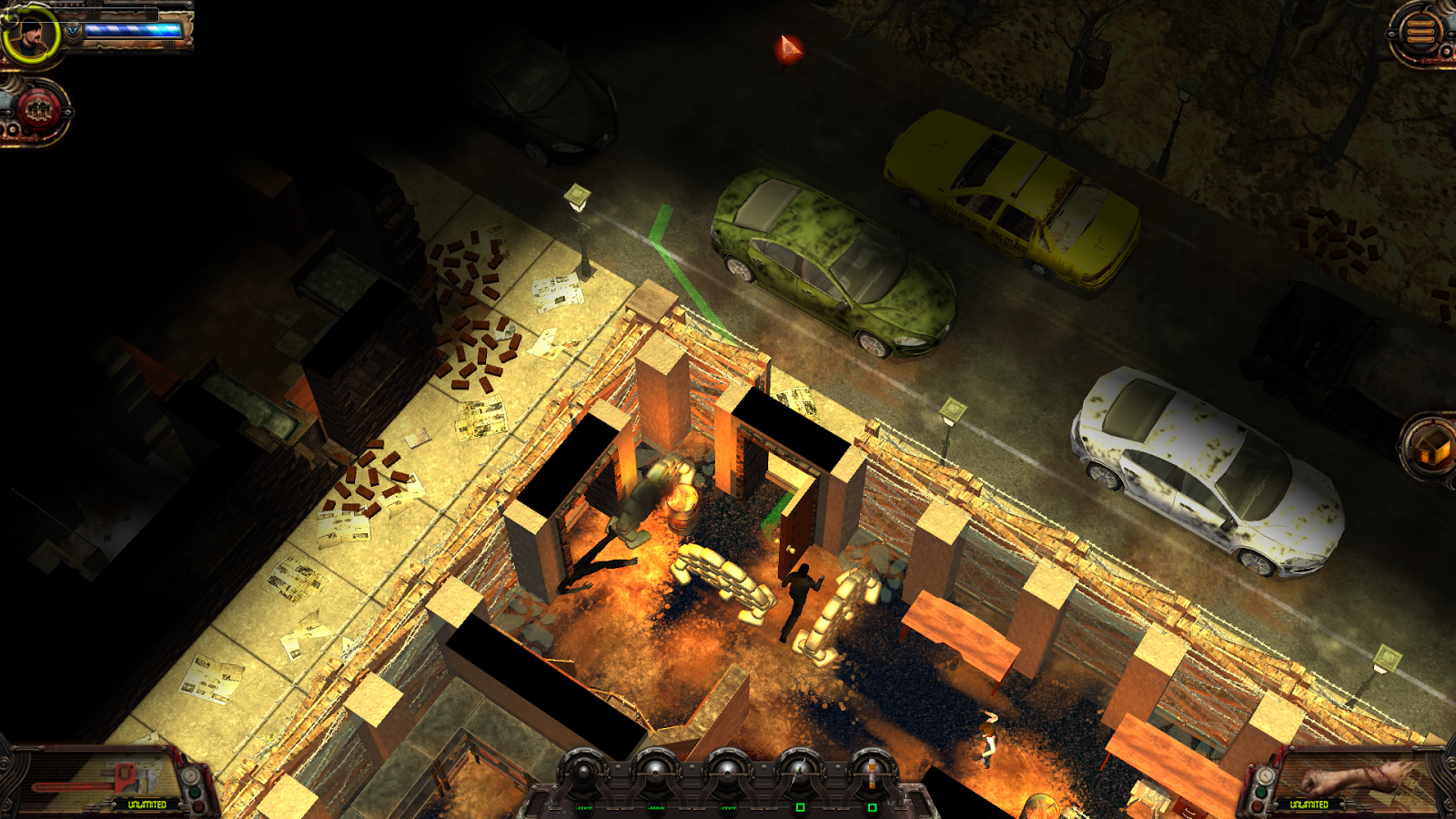 The particle system became unwieldy when the majority of world objects became intractable in some fashion(aka all tress can be cut for wood, all furniture can be broken down into various parts for crafting). As such, we've updated the way that interactable objects appear in the world. You will no longer see large numbers of sparkly particles but instead interactable objects highlight when you move overtop of them. While this may seem minor it really helps to immerse the player into the world while still displaying the needed information. This also acts as a confirmation as to what you've actually clicked on as well in the case of tightly packed objects. While we are planning some pretty hefty UI overhauls which are not yet in place; we've also revamped the elements in our previous UI so that they now work cleanly with any screen size. 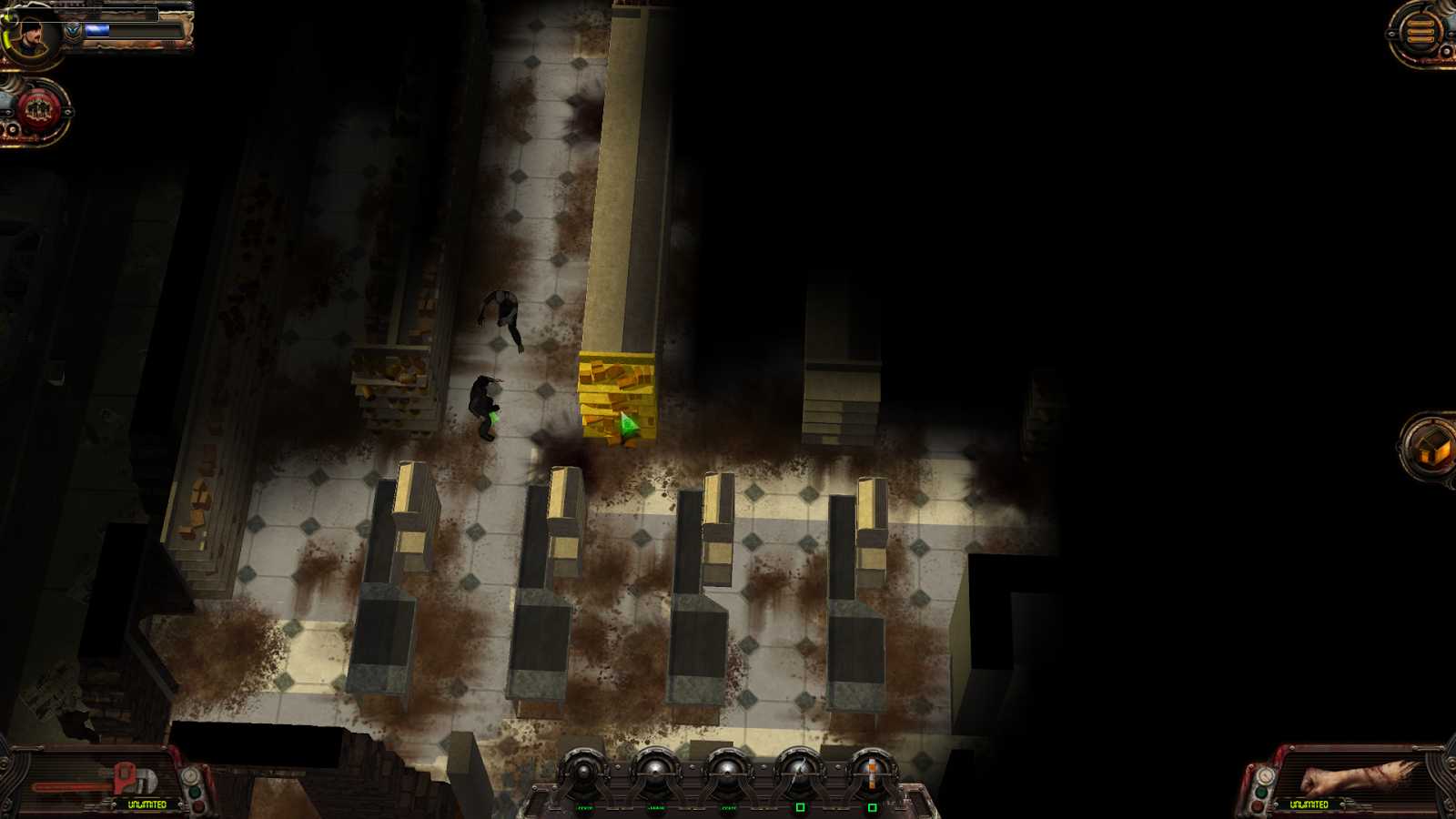 In addition to all of the above there has been a really exciting development on the team level! We have a new very, very junior developer who joined the team in the middle of July! Congrats to our team leader for his new son. +2 Morale, -1 Food, -5 Sleep 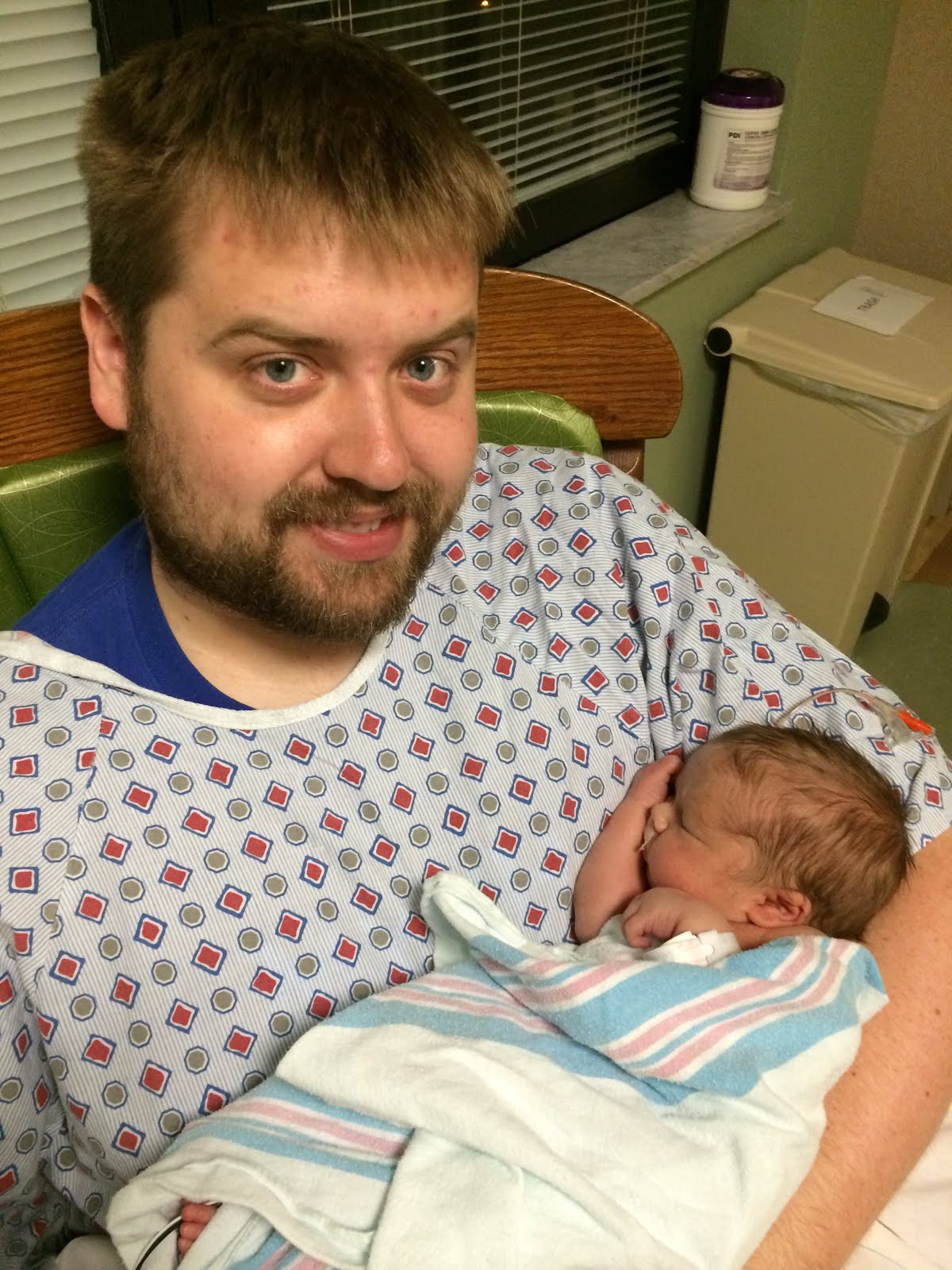 congrats on the baby and the development of the game. :)