Civilian Trade Networks, improved combat effects, new maps, expanded surrender/subjugation rules, and much more are featured in this development update of Star Ruler 2 which rounds up all the changes from August!

Last month we added, changed, and balanced a whole bunch of stuff in Star Ruler 2. It was a busy month and so this article is going to be similarly quite broad. Lets take a quick look back at all the changes made to see the big picture of what's changed since the game launched.

A full changelog which compiles all the changes, additions, tweaks, and fixes we made to the game is available at the bottom.

This month we poked around in the front end of the game, working up to start the Race Trait re-balance we've been letting simmer in the back for a few months now as well as encouraging players to break out of their mold with new map types and the new Sandbox Design Editor.

As the start to our Race Trait rebalance (where we hope to abolish the Points system) we've significantly altered what Government choice does for your race. Before Governments mainly determined your starting political 'war chest'. Now your Government choice impacts all aspects of your Empire's foundation, determining your economic and military resources at game start.

Another area we expanded upon was map choice and customization in August. We added two new map types (Corkscrew and Clusters) and additionally allowed players to select the spacing of systems in their game to let them influence how quickly or slowly the game will conclude. These new map types also bring new strategies, especially with the various FTL methods. 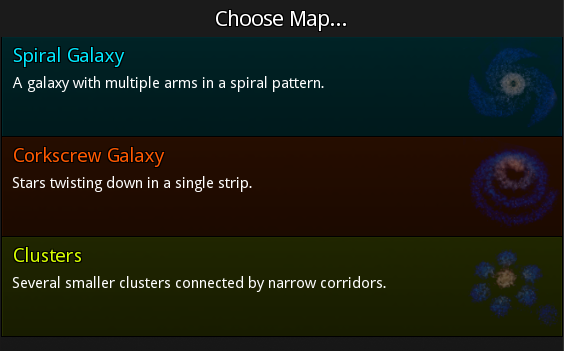 We've also added to the main menu a new option: Sandbox Design Editor. This new mode launches the player into a Sandbox in which they can test out any configuration or loadout of ships they wish. All designs made in this mode are automatically exported to the user's game directory, which allows the player to import any designs they feel have won a place in their shipyards through the gladitorial combat of the Design Sandbox both quickly and painlessly.

Also in August we introduced a variety of new diplomacy options and mechanics including Treaties, Subjugation/Unconditional Surrender, and Political Offers.

Lose the Battle but Win the War

One of the new mechanics we have added to Star Ruler 2 is the ability to demand another Empire's Unconditional Surrender and Subjugation. Empires which accept this demand, or offer it to another Empire and are accepted, become a Vassal State of that Empire.

Vassal States lose their ability to sign treaties and inherit any enemies and allies of their Master's Empire. Vassal States can not win the game (Major Victory) and can't militarily oppose their Master -- but they can achieve a Minor Victory by aiding their Master in their conquest of the Galaxy. If all Empires in the galaxy have surrendered to one Empire the last Empire to surrender loses the game.

Empires also gained the ability to create Treaties and invite other Empires to Sign them. Each Treaty comes with 3 options to it - to share vision, allow traffic through their systems, or to form an alliance. These treaties may be abandoned at any time and are not visible to those who have not been invited to sign them or those who are not Vassals of those who have been invited to sign. Thus, 'secret alliances' can be created in-game with other factions.

New to Diplomacy as well is the invention of Offers and Incentives (Bribery). Incentives can be given during the vote of any Voted Action in the Senate -- any Empire which meets the conditions the Briber sets can then claim whatever the Briber put up as the Incentive. Pretty much anything under an Empire's control can be given as an Incentive - Planets, Energy, Money, Ships, and so on. It is with Incentives that you can get Empires that would not normally support your actions to do your political dirty work for you -- for a price. 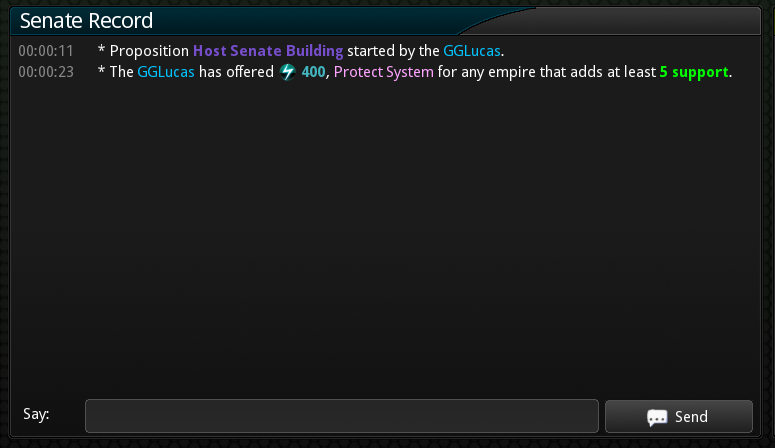 Coming soon down the pike but not available just yet we will also allow Empires to Donate to other Empires. If you wished, you could donate your impressive imperial fleets to other Empire and become a 'Silent Backer' -- no special alliance is required to do so and no notifications are publicly announced when these actions take place.

Along with these new political actions come the introduction of Civilians into the universe of Star Ruler 2 with the Civilian Trade Network. Resources your planets Export and Import are now routinely shipped by your Civilian population in ships of varying size, following the trade lanes you have set up.

If one of these ships is destroyed the Empire which destroyed them gains the value of their cargo into their Budget and your planet gains one stack of the Blockaded status, which reduces the planet's ability to produce resources.

Finally, Civilian Populations are now required to meet certain levels to produce resources of varying types. For instance a level 2 resource now requires at least 6 Billion population to produce. This means that colonization of worlds now has some additional strategy to it and Bombardments of a planet can render it incapable of producing the resource it was tasked to should its population drop below the necessary threshold. 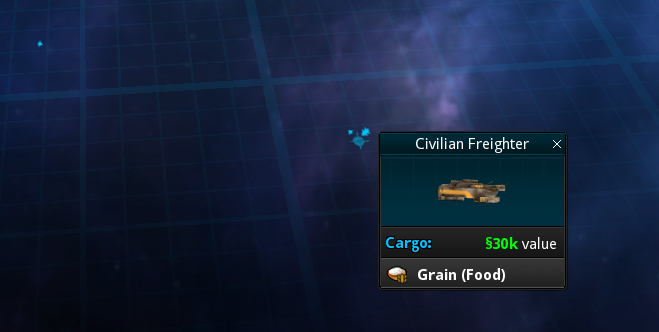 Last but certainly not least, August's updates threw Orbitals into disarray with the removal of Cores and the introduction of the Defense Platform and the new various standalone Orbitals as we pave the way to the long-awaited MegaConstructions. Defense Platforms are created as if they were ships and are significantly hardier and not nearly as burdensome as ships -- however due to this they are also somewhat more labor intensive and their lack of engines makes them easy prey against long-range sniping. 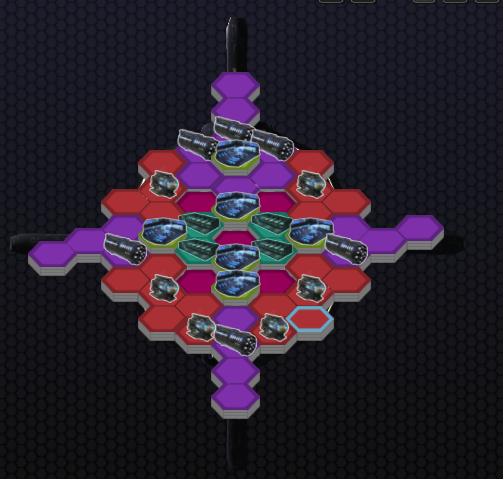 Jon Michelseen's new particle effects were added last month, significantly improving the look and feel of combat. With these new effects also came the introduction of weapon skins which change the appearance of your beams and projectiles.

Finally, we also were able to add the first bits of support ship behavior and the start of the fleet organization/formation overhaul/addition. These changes allow ships a variety of behaviors and make support ships move to better firing positions or protect the flagship from incoming fire by putting themselves in the line of fire. 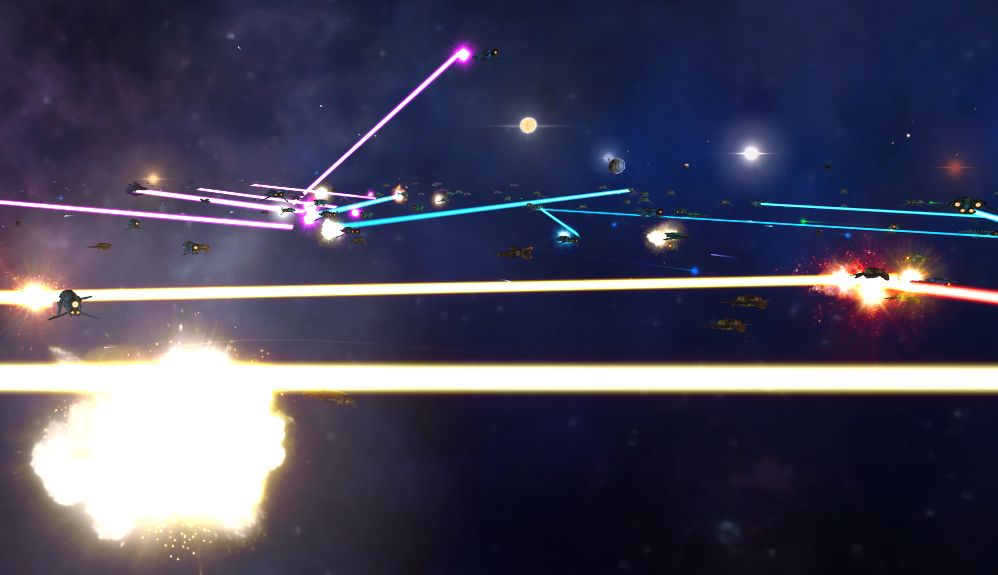 Until the next transmission!

Thanks for your attention. We hope this update was well received and leaves you in good spirits. Star Ruler 2 has yet a long way to go until its finished - but we've taken a large stride in August towards that eventual horizon. If you'd like to walk alongside us as we charge forward to a complete game, feel free to check us out on Steam where Star Ruler 2 is currently available via Steam's Early Access program.